As the new season of the National Amateur Women’s League (NAWL) Football Tournament approaches, the San Pedro Invaders team received a much-needed donation of $3,300 from Mahogany Bay Village Resort and Beach Club. The donation will help cover jerseys, football equipment, first-aid kits, and other items needed for the preparation of the girls. 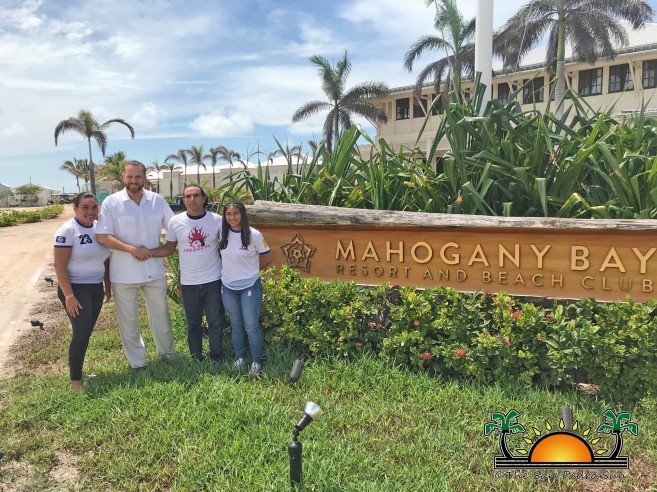 Mahogany Bay decided to donate to the San Pedro Invaders as a means of showing their support towards the community and sports. Team manager Arnold Kuylen told The San Pedro Sun that he is thankful for the donation. “Here on the island, the girl’s football team is usually underestimated, and islanders don’t believe in them. So they don’t get much support from the residents. This season we want to show everyone that girls are talented and with more support from the community they have the potential to become the NAWL champions. We hope that one day, females can receive the same support males get in football in San Pedro Town,” he said.
This will be the second season that the San Pedro Invaders will be competing in the NAWL. Teams competing in this year’s season include Gladiators, Verdes Rebels, Black Orchids, Corozal Scorpions, Royal Maya Hill, Jewel Fury Bandits, Rumberas, Altitude, Ladies Freedom Fighters, Santa Elena Strikers and Dangriga Pumas.
For their first match of the season, San Pedro Invaders will be playing at home against Verdes Rebels on Sunday, October 20th. The game is scheduled to begin at 3PM at the Ambergris Stadium in San Pedro Town. Islanders are invited to come out and support the girls in their first home game. Any person or business interested in becoming a sponsor of the San Pedro Invaders can contact Kuylen at 605-0769.