San Pedro Invaders hosted Cayo’s Royal Maya Hill for the fifth week of Belize’s National Amateur Women League (NAWL) Closing Season 2019 at the Ambergris Stadium in San Pedro Town on Saturday, February 23rd. The intense match saw both teams fighting for a win, but at the end of the game time, it was a 1-1 draw. 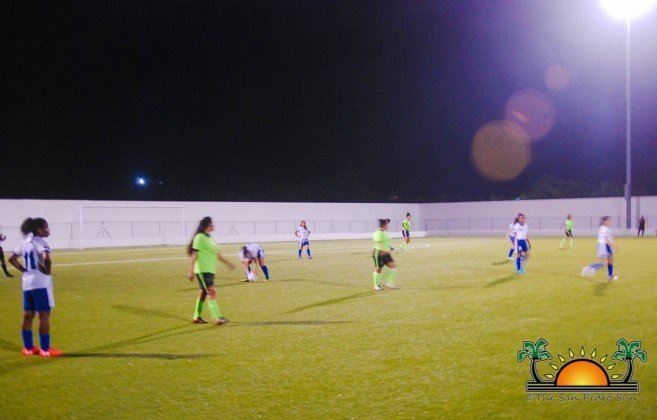 The match began shortly after 7PM, with the visiting team determined to take the victory, scoring their first goal at minute 5 courtesy of Janet Gonzalez. The match then saw solid crosses and passes with strong defense by both teams. The first half came to an end with Royal Maya Hill leading 1-0.
After the break, San Pedro Invaders came back fierce and aiming to score more goals. At minute 65, due to an offense by the visiting team, San Pedro Invaders scored a penalty goal courtesy of Allyson Rubi. With the match getting even, both teams made attempts to edge each other out but failed. The long whistle then blew, ending the match in a 1-1 draw. 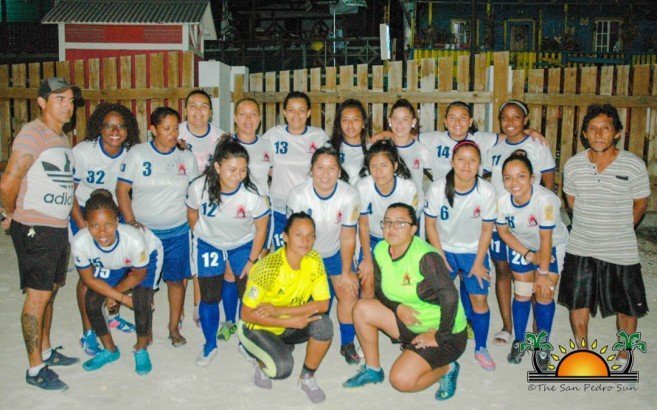 The NAWL current standings have Jewel Fury at the top of the chart with nine points, followed by Rumberas, Black Orchid and Verdes Rebels with seven points each. Altitude and Orange Walk Gladiators have four points each and Dangriga Pumas, and Ladies Freedom Fighters have three points each. San Pedro Invaders and Corozal Scorpions have two points each. At the bottom of the chart is Royal Maya Hill with one point.
For their next match, San Pedro Invaders will be traveling to Belize City to face the Black Orchids on Saturday, February 23rd. The game is scheduled to start at 4PM at the MCC Grounds.