The San Pedro Invaders girls suffered a devastating loss to Orange Walk Gladiators in the second week of Belize National Amateur Women’s League (NAWL) Closing Season 2019 on Sunday, February 10th. The island girls gave it their best, but at the end of game time, it was a clear victory for the Orange Walk Gladiators with an 8-1 score. 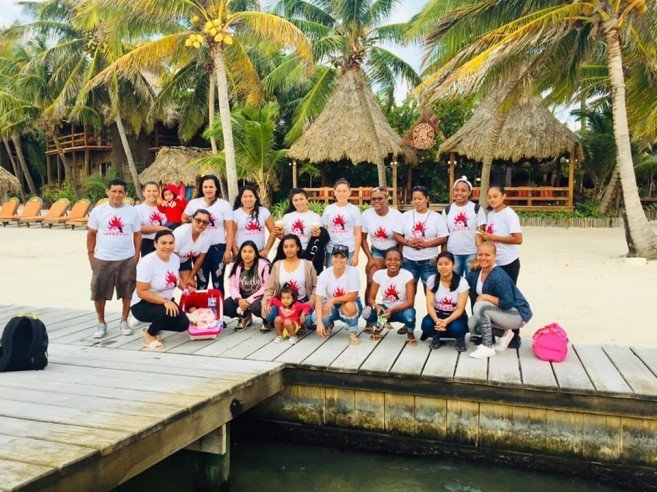 The match kicked-off at 4PM at the People’s Stadium in Orange Walk Town. A few minutes into the match, Gladiators’ Kaite Jones managed to score a goal for her team. At minute 22, Nailiny Manzanero made it to the net and scored another goal for the Orange Walk Gladiator. Two minutes after, Gladiator Jones took advantage of an open opportunity and netted another goal. With the home team on a 3-0 lead, San Pedro Invaders tried to score, but all attempts were futile. The match then went to a break with Orange Walk Gladiators leading 3-0.
After halftime, Orange Walk Gladiators continued controlling the ball, and another goal came at minute 55 courtesy Jones. At minute 64, she found her way to the net once again, nailing it for her team. San Pedro Invader Allyson Rubi managed to slip in a goal at minute 67, but Gladiators’ Miriam Villamil responded with another goal at minute 70. Not satisfied with her four goals, Jones nailed a fifth goal at minute 87. With just a final few minutes left before the end of the game Gladiators, Sheyla Palma made it to the net and scored a final goal. The match came to an end with a clear 8-1 victory for the Orange Walk Gladiators.
The NAWL current standings have Verdes Rebels, Jewel Fury, and Black Orchids at the top of the chart with six points each, followed by Altitude and Rumberas with four points each. Orange Walk Gladiator and Lady Freedom Fighters F.C have three points, while San Pedro Invaders and Corozal Scorpions with one point each. Yet to make it on the chart is Royal Maya Hill, Dangriga Pumas, and Santa Elena Strikers.
For their next match, the San Pedro Invaders will be playing at home against Royal Maya Hill on Saturday, February 16th. The game is scheduled to begin at 5PM at the Ambergris Stadium in San Pedro Town. All islanders are invited to come out and support the girls on their home turf.