The Belize Female Senior National Football Team (Lady Jaguars) proudly represented the country at a triangular tournament during the Women Festival Games held at Turks and Caicos held from the 25th to the 28th of August. The team played two friendly games against the Turks and Caicos team, winning both matches. At the end the event the Belizean team was recognized for its participation. San Pedro’s very own Ada Cordova was awarded with the Most Valuable Player (MVP) trophy, while two other Belizean players, Jasmine Armstrong and Jayda Brown received trophies for Best Goal Keeper and Most Goals respectively. 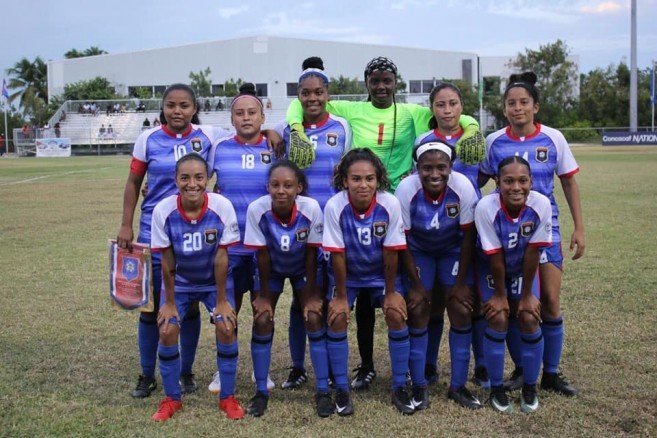 The first match between Belize and Turks and Caicos took place on Monday, August 26th, with the Lady Jaguars emerging victorious with an undisputed 9-0 game score. Belize was to face the Caymand Islands next, but that team could not attend the tournament. Thus, second game against Turks and Caicos was played on Wednesday, 28th, and Belize once again crushed the host team 8-0. 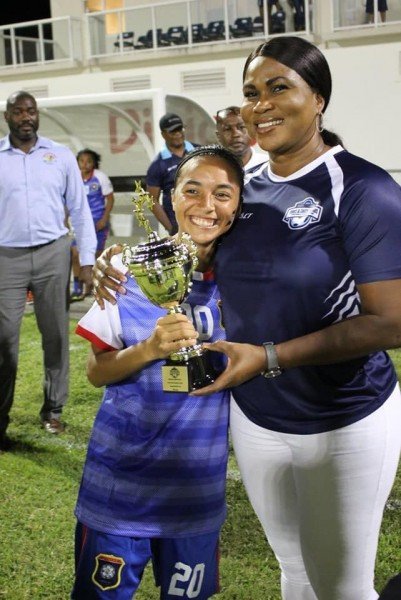 The female Belizean team was commended for their performance and some of their players recognized for their performance. Island footballer Ada Cordova was given the MVP award. She shared her joy on her social media account describing how she faced the challenge being part of Belize’s female A team. “I cannot be more grateful for all the knowledge and support I got from the management and the team,” she said.
The Lady Jaguars are expected to return to Belize by Friday, August 30th.
The San Pedro Sun joins the entire country in congratulating the Female Senior National Football Team on a job well done at the tournament in Turks and Caicos.