After landing some of the heaviest Wahoo, Team Trolling Passion, Captained by Hilberto ‘Hillyboo’ Lara from San Pedro Town, was the winner of this year’s Pesca Wahoo de Plata fishing tournament in Mahaual, Mexico. The two-day competition took place on November 30th and December 1st off the Mexican Caribbean coast and saw a total of 17 teams both from Mexico and Belize participating. The teams with the heaviest catch captured the top three prizes. Mexican team Soma took second place, while San Pedro’s Reel Challenge came in third place. 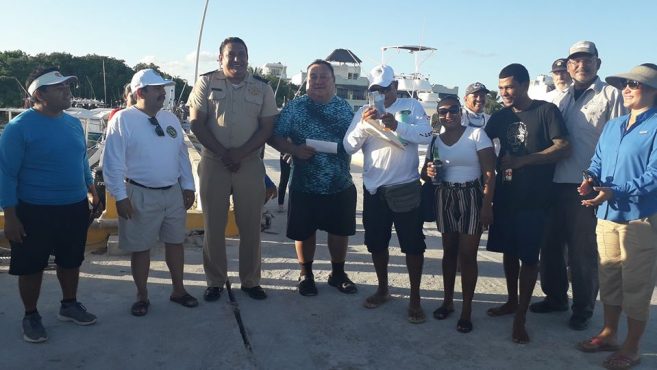 The teams had different fishing areas to choose from and were to return at the weighing station by 3PM. Hillyboo shared with The San Pedro Sun that the weather on the first day was calm and with much perseverance, his team was able to hook four big Wahoo. He added that top female angler Carla Rodriguez was very instrumental in assisting to slam the largest wahoo, weighing 43.5 pounds! 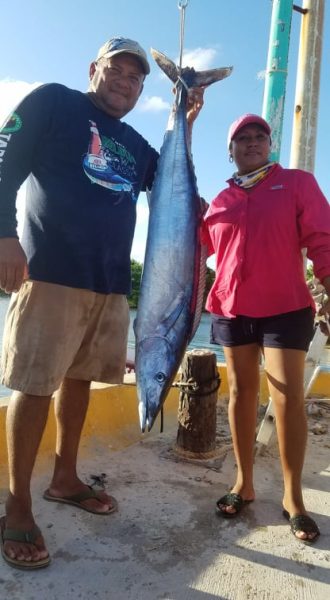 The second day brought some choppy seas, but this did not faze Trolling Passion or the other teams, who headed out for another opportunity to improve on the results of the previous day. Hillyboo stated that they returned to the weighing station very early in the competition with four more Wahoo, the heaviest of which weighed 28 pounds. After all of teams made it back, the tallying of points started, and the winners were then announced. 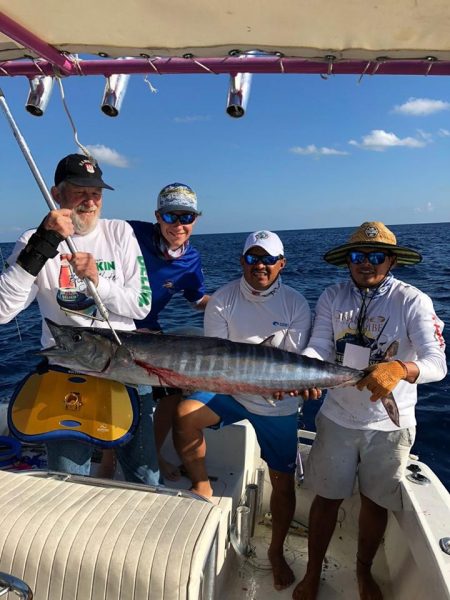 Hillyboo says that he is proud of this achievement and will head back to Mahaual to defend his title next year. He loves fishing and will continue to participate in these fishing tournaments in the years to come. He encourages other fishermen on the island to compete in these events which are both fun and challenging.

The fishing tournament is organized by the municipality of Mahaual, and is always successful both in sportsmanship and economically for the Mexican coastal community. Organizers thank all the teams participating this year, and look forward to another tournament next year.