Team El Pescador Lodge are the winners of 2019 Silver Scales Fly Fishing Tournament held from Thursday, July 26th to Sunday, July 28th at Xcalak, Quintana Roo, Mexico. Organized by the Municipality of Othón P. Blanco through the Municipal Sports Directorate and the Municipal Tourism Development Directorate, the fly-fishing tournament saw the participation of 18 teams from Mexico, Belize and different parts of the world. The main objective of this tournament is to promote the importance of fly fishing/sports tourism, focusing on catch and release species and prioritizing their health. 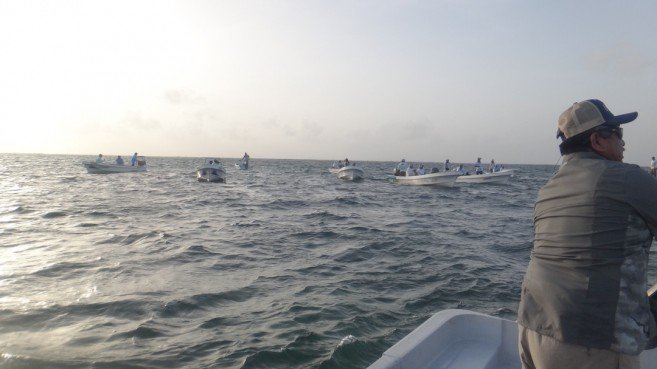 After three days of intense fishing among the 18 participating vessels, the third edition of the International Silver Fly Fishing Tournament came to an end with San Pedro’s very own, team ‘El Pescador Lodge’ taking the grand prize. Brothers Cesar and Luis ‘Gil’ Acosta were accompanied by Jose Efrain Gomez Perez and managed to register a cumulative score of 4,550 points and a Super Grand Slam. With a total catch of ten bonefish, four tarpons, one permit, and one snook, the Belizean team won trophies, Costa del Mar sunshades, paintings, fishing gear, and apparel, and a week’s fishing camp stay in Argentina.

The Acosta brothers are very excited to have won the tournament and humbled to have been among some of the top fishermen in the business. “We competed against some big fly-fishing names, including winners of the Del Brown Fishing Tournament held in Florida, USA,” said Luis Acosta. “As guides, we don’t get the chance to fish as much for fun. It was great to be in this tournament. It was not so much about the competition, but more about us doing what we love, together as brothers.” They managed to place second in last year’s tournament, and it was an experience that helped when they returned in 2019. Both brothers are immensely grateful to El Pescador Lodge for sponsoring their team, especially Ali Flota, and they even thank their wives for giving them the weekend off to go fishing! 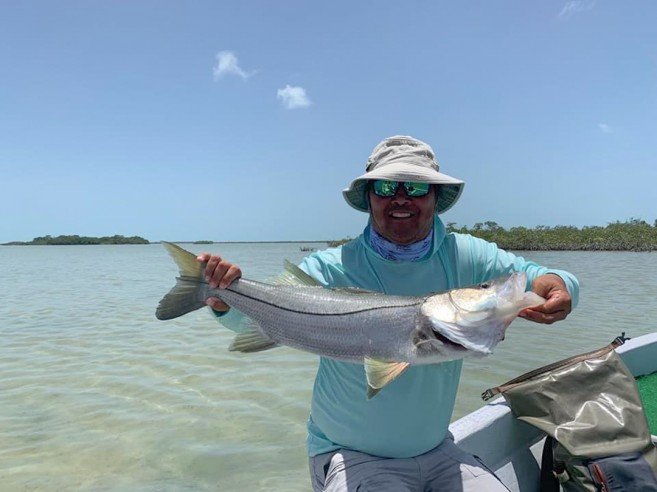 Second place went to the ‘Silver Skins’ team with 3,950 points. This team was made up of Carlos Godoy, Carlos Godoy Jr., and Isaa Castro, and they also recorded a Grand Slam. Team ‘Victor’s Tours’ of Punta Allen, comprised of Victor Barrera, Rodolfo Briceño and David Braga, took third place with a cumulative score of 3,825, and a Grand Slam.

Fly fishing/sports fishing is a major tourist attraction. It is an angling method that uses a light-weight lure, called an artificial fly, to catch a fish for pleasure. The technique is designed to appear to the fish as if a bug or invertebrate has landed on the top of the water or slightly below the water’s surface. In Belize, the fish caught during sports fishing are a protected species (Tarpon, Bonefish, and Permit). Therefore, it is considered recreational fishing, as any catch is released back into the water. The San Pedro Sun joins the island community in congratulating Team El Pescador for placing first at Xcalak’s Silver Scales Fly Fishing Tournament. We are proud of you all!