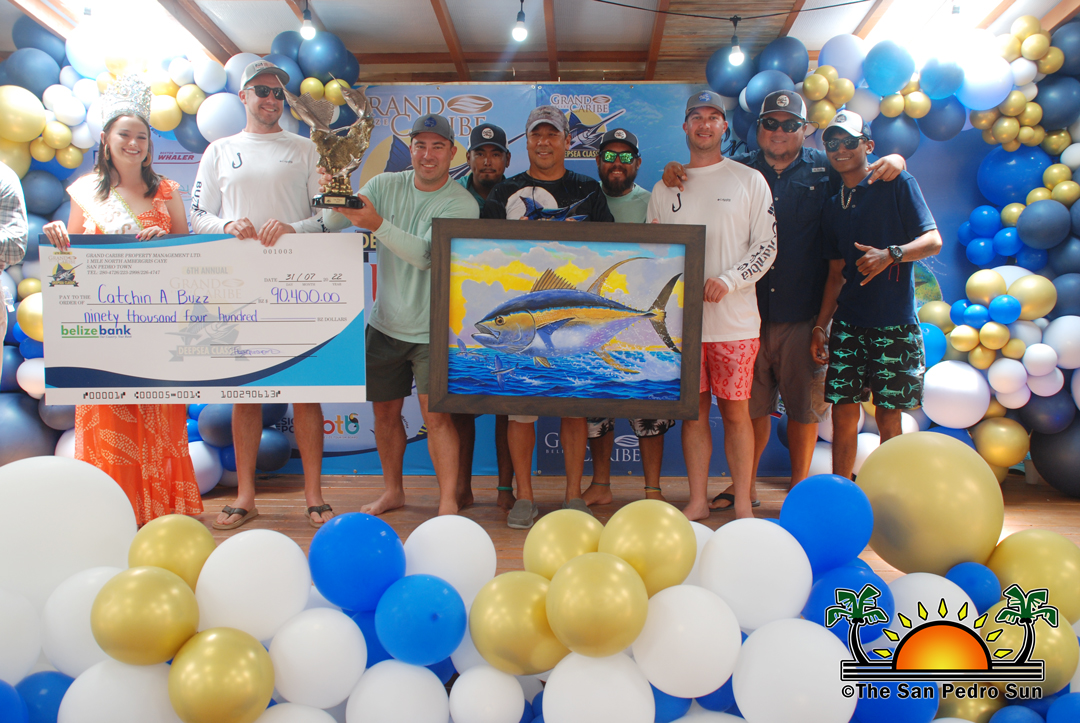 It was another weekend of fun and competition in the sixth annual Grand Caribe Deep Sea Classic. The anticipated fishing tournament, held from Friday, July 29th to the 31st at Grand Caribe Belize in San Pedro Town, Ambergris Caye, saw the participation of 42 teams across Belize, Honduras, and Mexico. With over $200,000 in cash and prizes, 42 teams answered the call, but one emerged victorious at the end of the three-day challenge. Team Catchin A Buzz, with boat number #19 and a total of 2,545 points, took home the grand prize, and team members cheerfully accepted their recognition as the top team and were presented a $90,400 cheque and trophy. 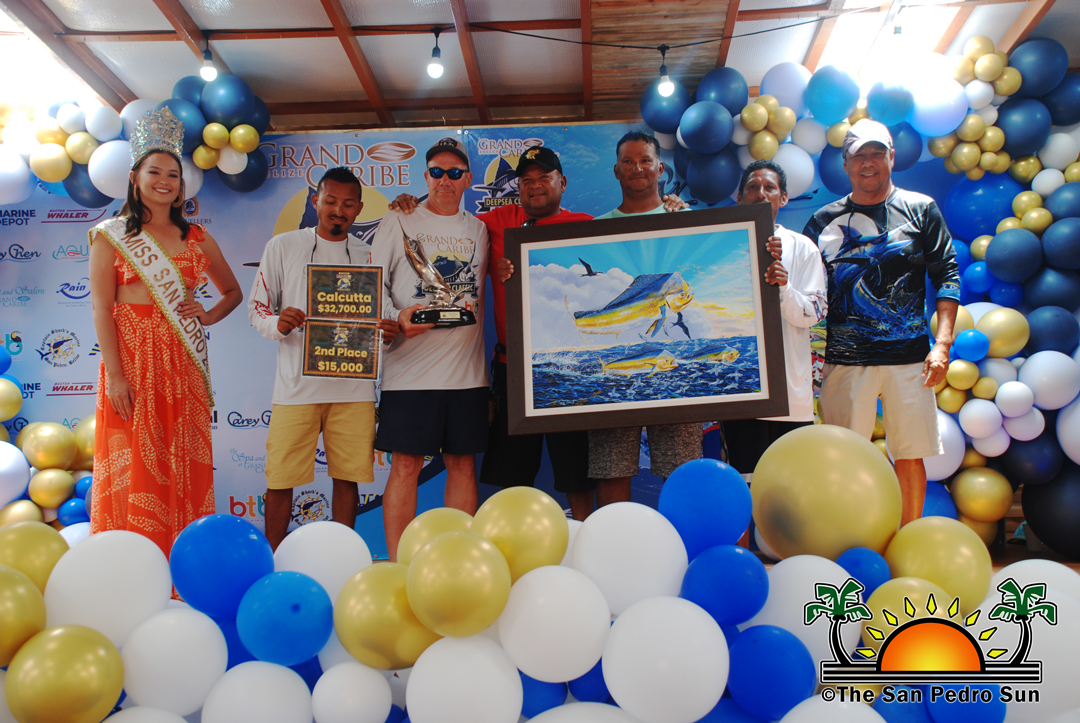 The tournament, considered the biggest in the country, started on Thursday, July 28th, with a briefing, dinner, registration confirmation, and review about the competition’s Calcutta. A Calcutta in fishing tournaments is essentially a betting pool in which participants can bet on the outcome of the competition. In every event, a mandatory $500 from each boat is included in the registration fee. Each day all teams had to check in before 6AM at the weigh station before heading out to sea and were required to return by 6PM.

Some participants shared that getting a good start on the first day was difficult. The winning team, Team Catchin A Buzz, caught and released an estimated 200-pound Marlin on day one. This comfortably saw them finishing the first day with 2,505 points. They kept an unmatched lead, securing their spot as the top team in this year’s fishing tournament.

Although all health restrictions related to the current COVID-19 pandemic are lifted, hand sanitizing, social distancing, and mask-wearing measures were encouraged. 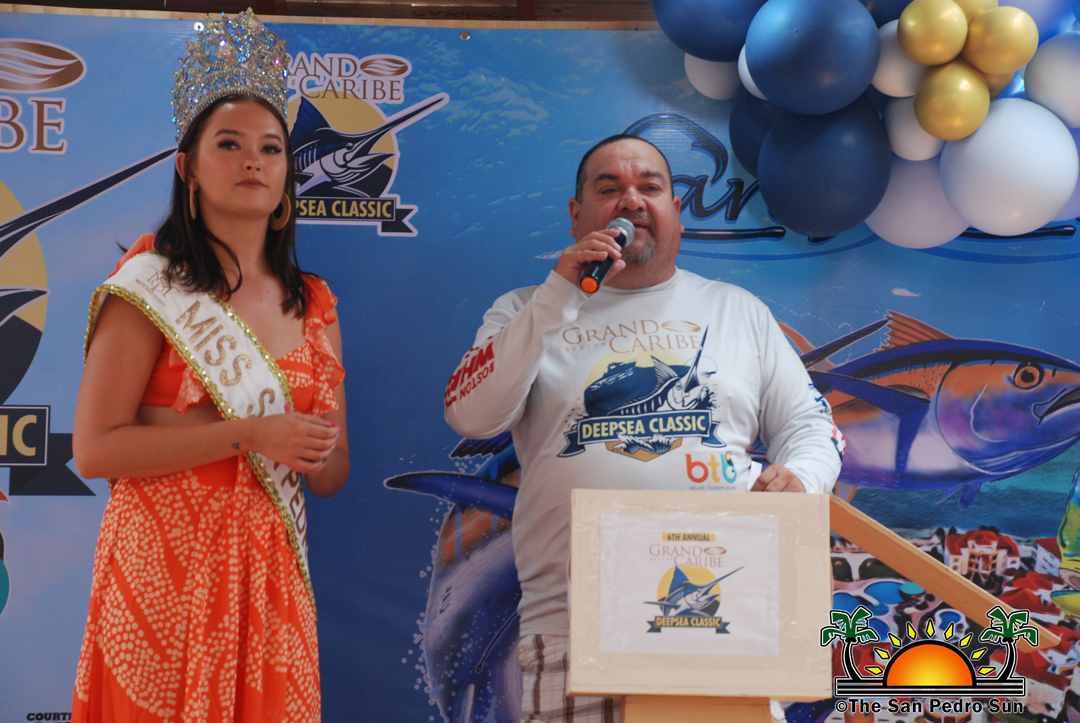 On Sunday, fishing fans gathered at Grand Caribe’s West Room north of Ambergris Caye for the award ceremony at 11AM. Besides announcing the five top teams mentioned above, individual prizes were also presented. 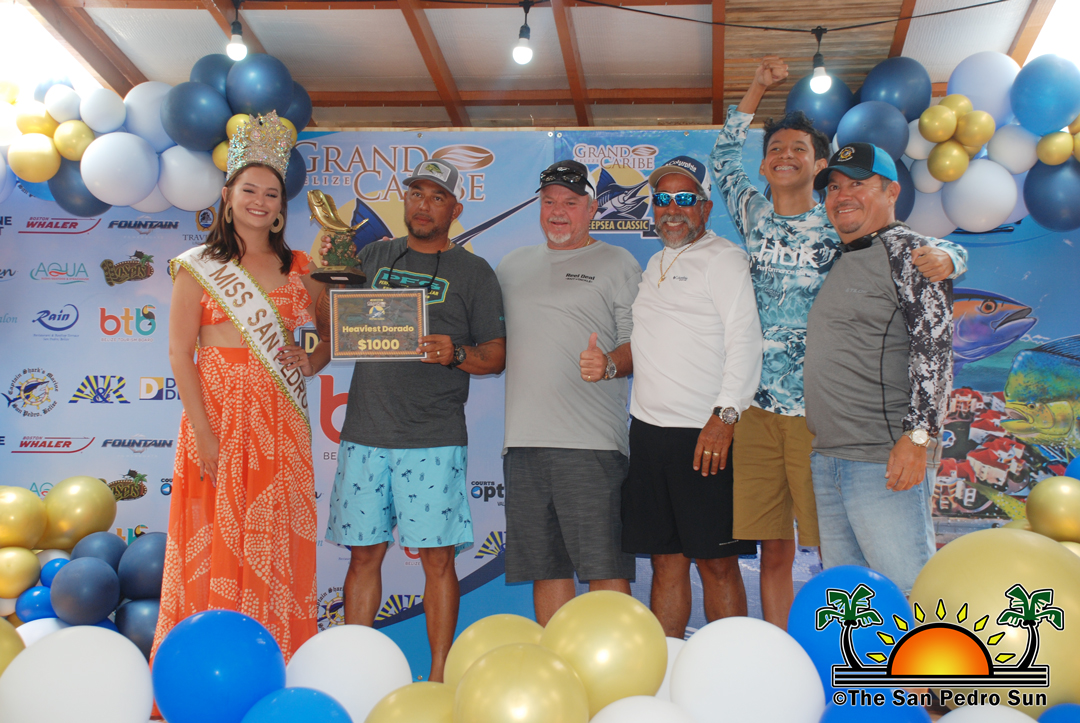 The prize for the Heaviest Dorado (27 lbs) went to Julian Bradley of Team Reel Nauti. 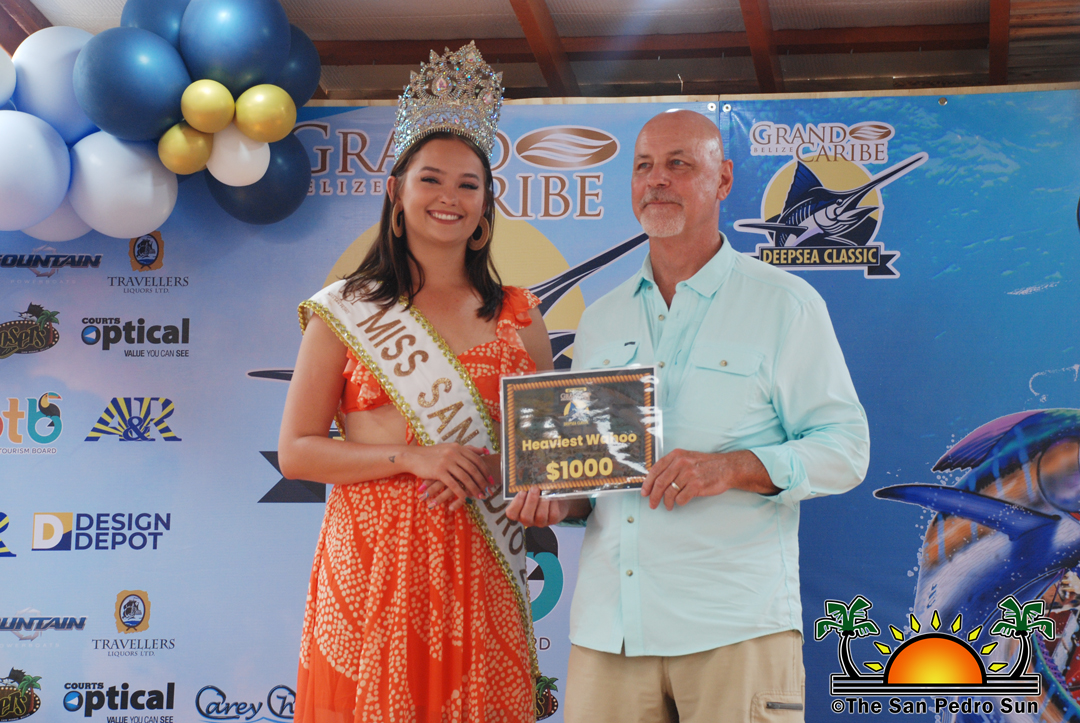 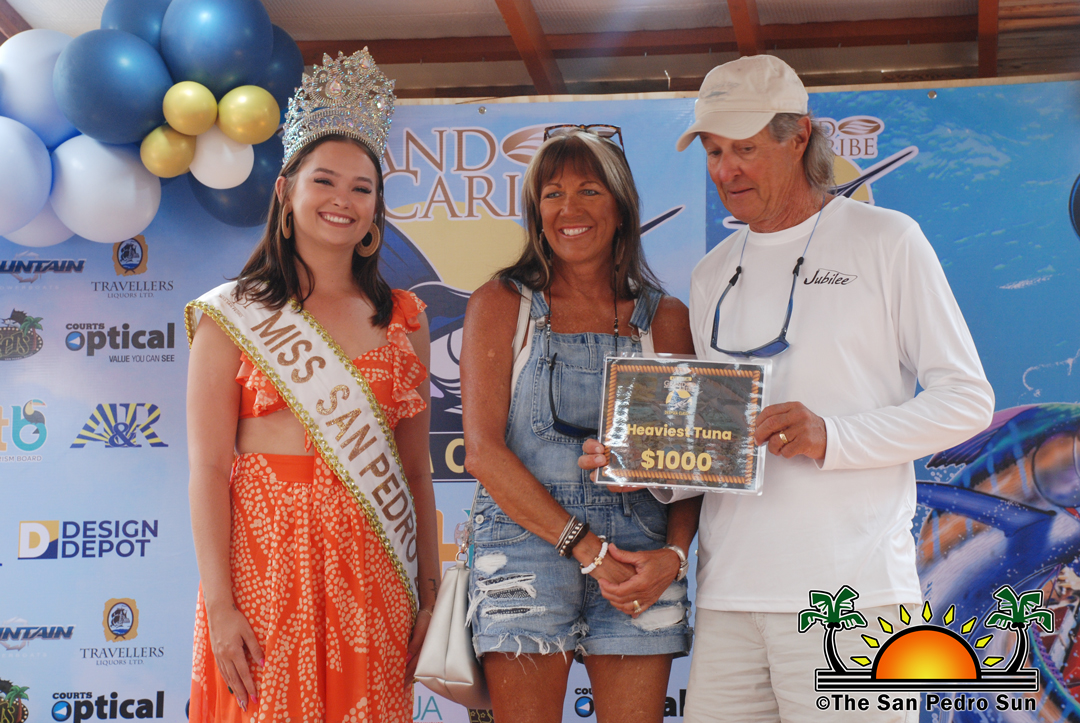 The prize for the Heaviest Tuna (18 lbs) went to Blaine Snyder of Team Jubilee. 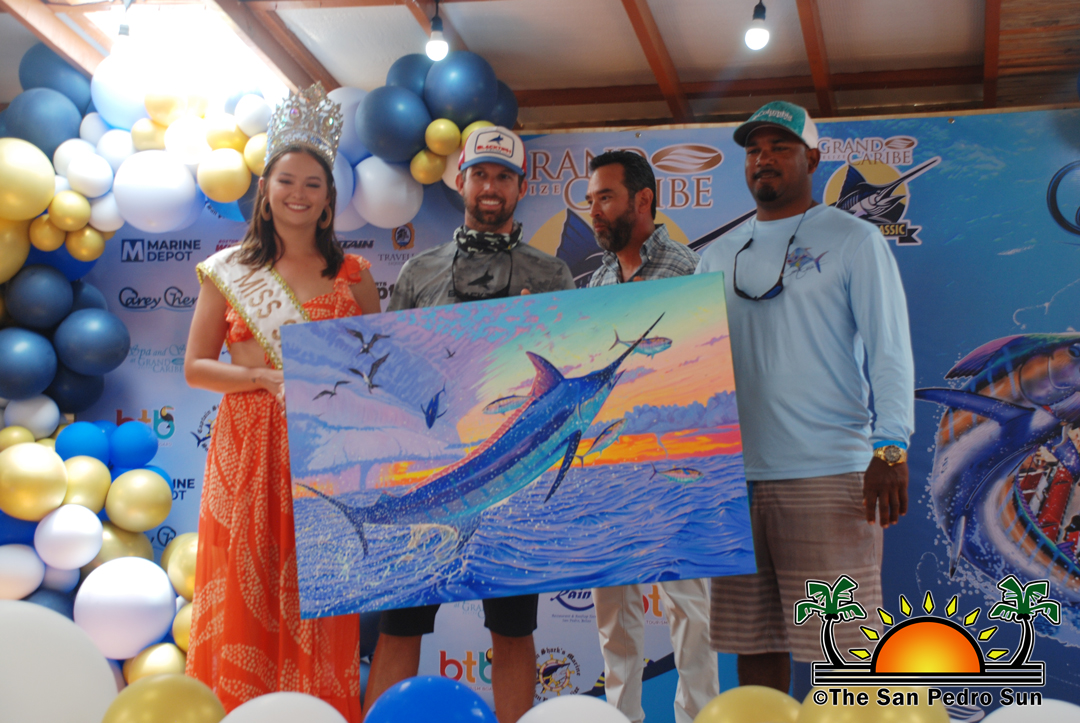 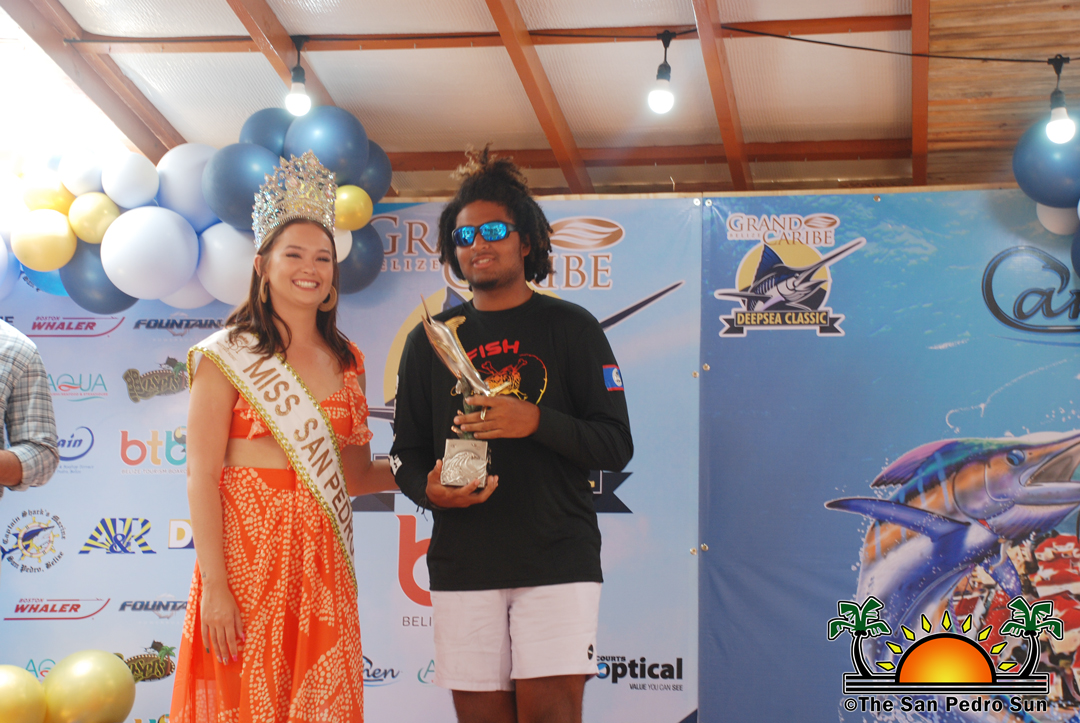 The prize for the Heaviest Sailfish went to Kamric Black of Team Long Range.

The Heaviest Marlin was caught by Kyle Rensenhouse of the winning Team Catchin A Buzz.

Top Female Angler with 94 points was Vanessa Gallardo of Team Bejeweled, and Top Angler with 2,545 was Kyle Rensenhouse of the champion team Catchin A Buzz.

There was also a Calcutta prize of $32,700, which went to second place winners Team Carlie.

A percentage of Calcutta proceeds to be used for scholarships

According to information from Grand Caribe staff and the event organizer, they usually keep 10% of the Calcutta total amount. This year, they are using that percentage to help the youth. Organizers confirmed that seven scholarships would be honored to young anglers interested in studying tourism careers, such as getting certified in tour guiding and other positions within the tourism industry. Grand Caribe plans to work with local organizations like the Tourist Guide Association on the island to launch this initiative.

Organizers thank everyone who made the event possible and the sponsors and teams participating in the fishing tournament.

17 pharmacies in San Pedro, but only three practicing pharmacists