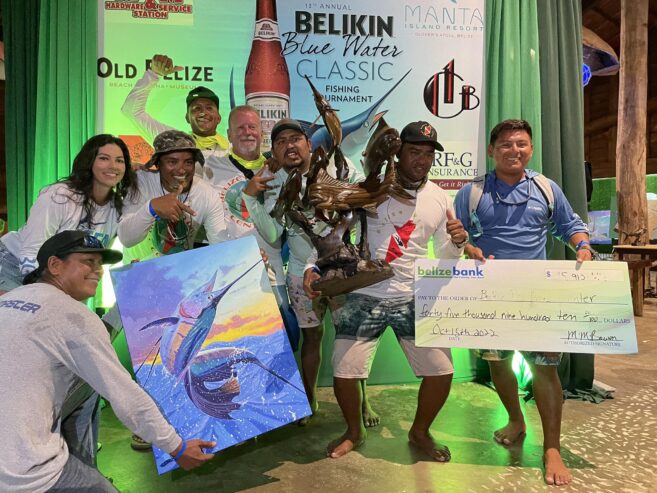 Team Amber Marie out of Belize Pro Dive Center was the top team at this year’s Belikin Blue Water Classic fishing tournament held October 14-15 from their base at Old Belize in Belize City. The island team not only brought home the first-place trophy but also won $45,910 and an original Ernest Garcia painting.

The annual tournament started on Thursday, October 13th, with the captain’s meeting followed by a briefing about the contest. The tournament attracted 15 boats (teams) and 66 anglers from across the country. The following day everyone started the competition with a Bimini start at 6AM. The first day of the competition saw plenty of wahoo, dorado, and tuna brought to the weighing station. 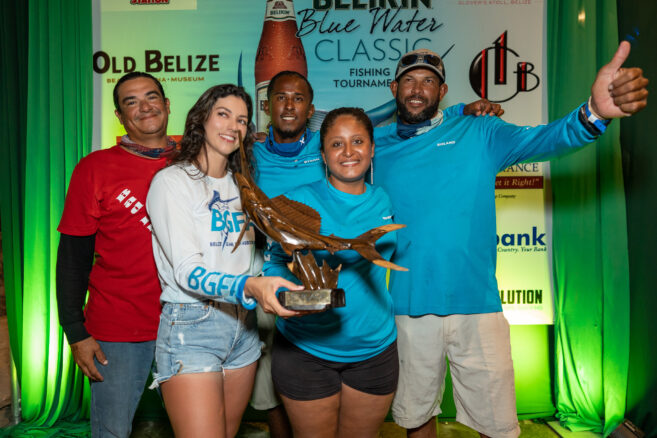 The unofficial results of the first day of the competition showed team Amber Marie leading with 156 points, Jolly Mon with 126, and No Worry Bout Nothing in third place with 46 points. Team Bejeweled was in fourth place with 20 points. 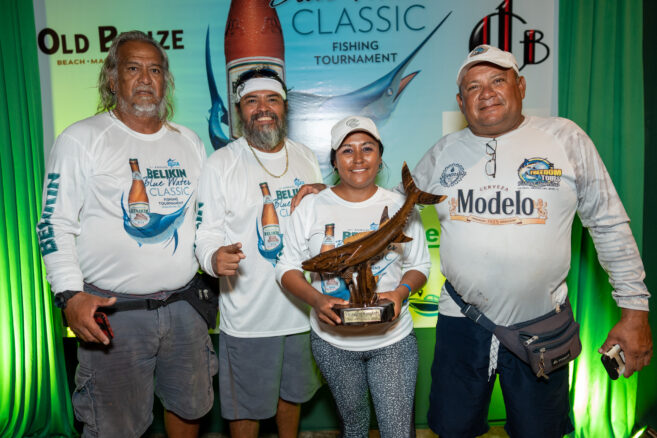 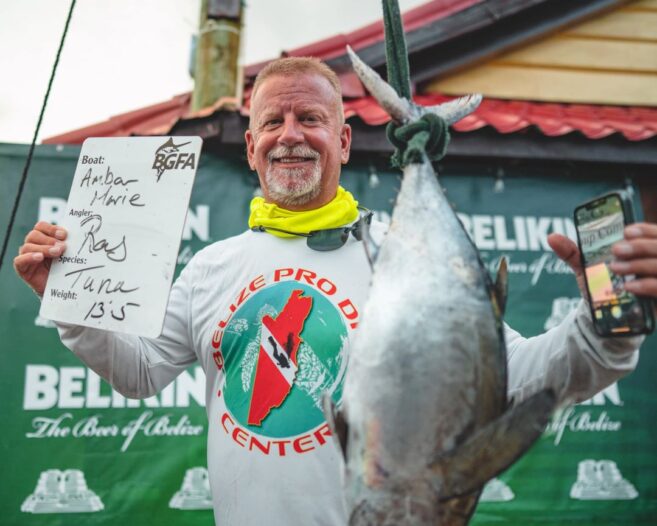 The second and last day of the fishing tournament saw the competition festivities spanning up to 6PM when the winners were announced. In fifth place with 43 points was No Worry Bout Nothing, followed by Bejeweled in fourth place with 49 points. In third place with 69 points was Team Foreplay. In second place and with a score of 125.5 was Jolly Mon. The grand prize winner with an official score of 155.5 was San Pedro’s very own Amber Marie, crowned the top team of the 13th Annual Belikin Blue Water Classic. The Belize Pro Diver Center team felt extremely proud and commended their staff members for bringing home the first-place trophy. In addition, Amber Marie’s Jessie Smith also received the Top Angler award, and Raymond Tyree was awarded for catching the Heaviest Tuna (14lbs).

Another top angler from San Pedro, Carla Rodriguez from Team Carlie, received a prize for catching the Heaviest Kingfish (18lbs). Other winners included Shelby Musa from Team Shelby Dee for the Heaviest Dorado (27lbs) and Jordan Griffith of Team Bejeweled for Heavies Wahoo. The Top Jr. Angler was Ben Feinstein Jr. of Team BenAvi2, and Tino Castillo Jr. of Team Pirate. Madelyn Bowen of Team Jolly Mon was recognized as the Top Female Angler this year. 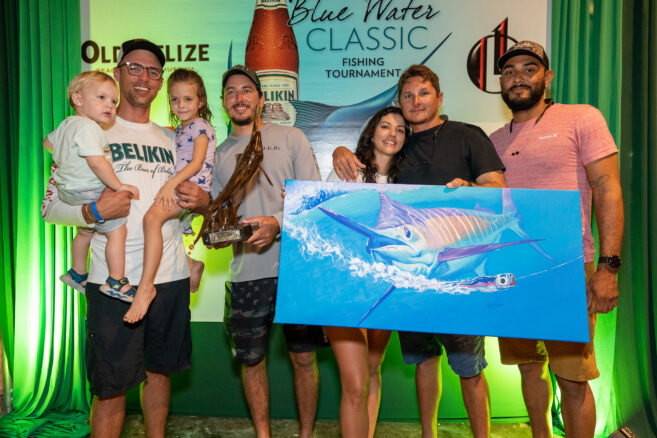 The tournament is organized by the Belize Game Fish Association, a non-profit organization of fishermen and women in the country, in partnership with Belikin Beer. Organizers thank all the participating teams and look forward to another successful tournament in 2023.