The Ambergris Stadium was the venue for another home victory in favour of the San Pedro Pirates, when they hosted Wagiya Sporting Club on Saturday, February 29th. The island team fiercely defended their turf, playing well and defeated the visiting team 2-0 via Pirate’s top scorer Jesse Smith. 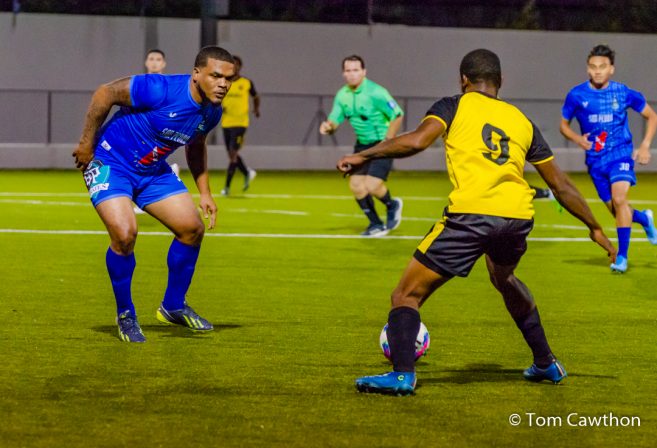 The ball began rolling on the pitch at 7:30PM, with fans of both teams cheering out loud from the bleachers. The San Pedro Pirates played defensively during the first few minutes of the first half, bursting now and then with aggressive attacks against Wagiya. The visiting team made a few threats towards the Pirate’s goal, but its defence was solid in blocking them all. 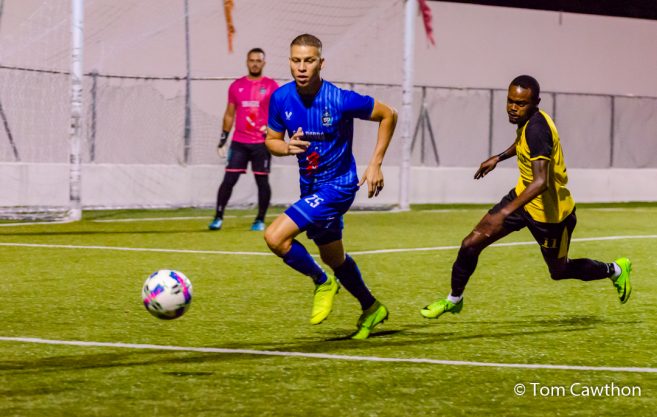 Half an hour later, there was a game-changer, and San Pedro Pirates went on the offensive, and after dribbling the ball in front of two defenders, Jesse Smith, at minute 33, scored the island squad’s first goal. A surge of adrenaline took over Wagiya as they pounded on San Pedro Pirates’ defence without any luck. Before heading into injury time at minute 45, Smith nailed a long shot and sealed a 2-0 advantage over Wagiya. 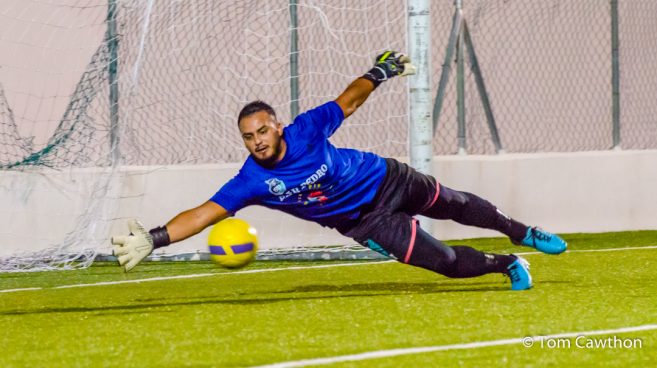 After returning from intermission, Wagiya increased the pressure on Pirates, hoping to close the gap. However, their strategy turned more defensive, yielding no goals for them. However, they also trumped any opportunities for the Pirates to score again. At the end of the long whistle, San Pedro Pirates celebrated their second consecutive home victory with a 2-0 final score over Wagiya. 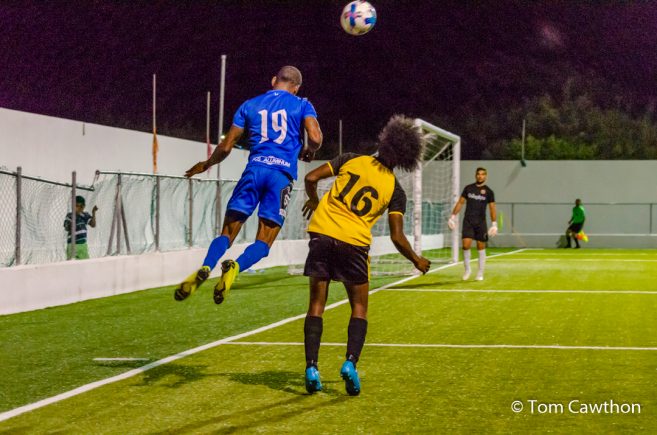 With this win, the island team was in second place in the Premier League of Belize’s standings. Following Belmopan Bandits’ 3-0 victory over Placencia Assassins on Sunday, February 1st, San Pedro Pirates slid down to third place due to goal differential.
Other games over the weekend included Verdes defeating Altitude Football Club 1-0.

The San Pedro Pirates will be travelling to Independence Village on Saturday, March 7th to face Altitude F.C. at the Michael Ashcroft Stadium.