Week three of the 2019-2020 closing season of the Premier League of Belize (PLB) saw the San Pedro Pirates FC defeated by Verdes FC in a 2-1 game. 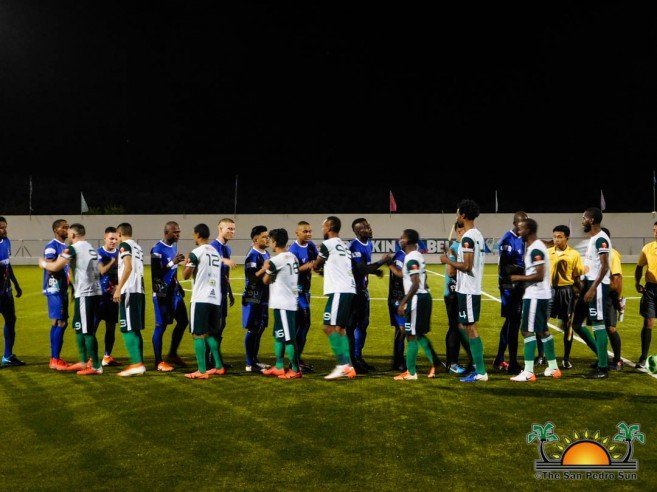 The island boys traveled to San Ignacio Town, where at 4PM on Sunday, January 26th, they faced the current PLB champions at the Norman Broaster Stadium. The home team dominated the match from the beginning and within the first 23 minutes in the first half, they scored the first goal. The San Pedro Pirates continued playing defensively but their barrier was not strong enough to avoid a second goal by Verdes. By halftime, the score was 2-0, with goals by Verdes’ Andres Cortabarria and Denmark Casey.
The second half saw more pressure for the island team to open the score, even it and take the victory home. The aggressive strategy worked initially, as the Pirates scored their first and only goal within a couple of minutes into the second half. Although they could not advance their lead, they tightened their defense and held Verdes from scoring. At the end of the game, San Pedro Pirates had to settle for a 2-1 defeat.
Other games saw Altitude FC drawing with Wagiya SC 1-1 on Saturday, January 25th in Dangriga Town. The following day, BDF FC destroyed Bandits Sports 5-0 at the MCC Grounds in Belize City.
Games continue this weekend with another exciting fourth week of football.