Under rain and muddy conditions, the San Pedro Pirates faced Altitude FC on Saturday, March 7th, at the Michael Ashcroft Stadium in Independence Village, in southern Belize. The game was a tough battle for the win, but at the sound of the long whistle, the football action ended in a 2-2 draw. 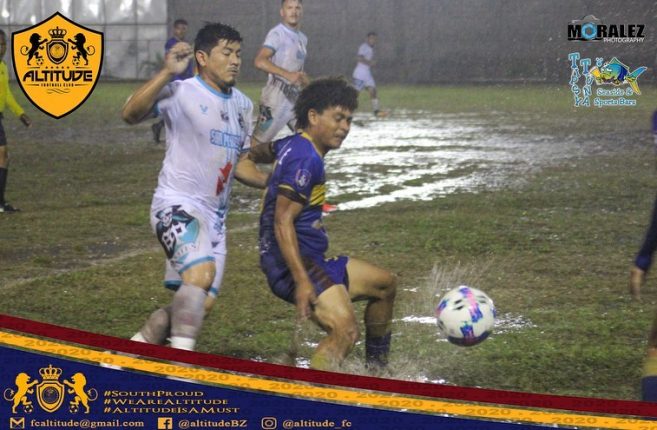 The island team was coming out of two consecutive home victories, determined to nab a home-away game to climb the ladder of the Premier League of Belize’s standings. It was raining, and the pitch appeared challenging, being slippery due to the mud on the terrain. Nevertheless, the Pirates took control of the match in the first minutes of the first half. At minute 7, Jesse Smith executed a spot-kick with his killer left leg, scoring the first goal for the island team. However, eight minutes later, Altitude’s Jose Urbina tied the game. The remainder of the first half did not show any significant developments, and both teams retreated for intermission with a 1-1 score.
Two minutes into the second half of the match, San Pedro Pirates’ Moises Hernandez nailed the team’s second goal. They tried to maintain this lead for the remainder of the game, but four minutes before the end, Altitude closed the gap. At minute 86 Altitude’s Eduardo Andrade found a gap through Pirates’ defence, tying the match, and the gamed ended 2-2. 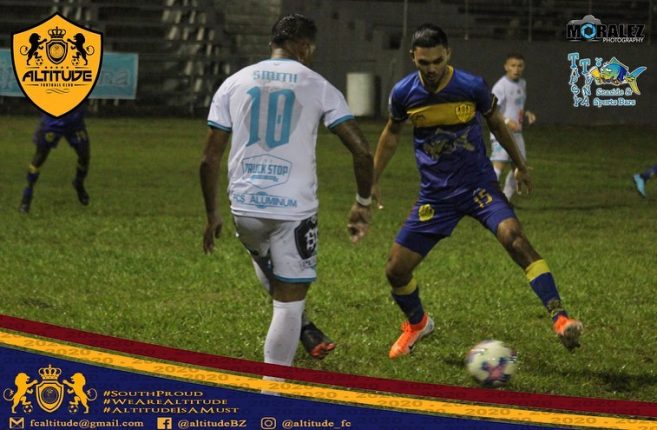 Pirates’ Management claims controversial game officiating
At the end of the game, San Pedro Pirates ended with four of its players (Dixon Paguada, Asrel Sutherland, Jesse Smith, and Jorge Nuñez) expelled via red cards. The management of the team found these callings questionable, along with the officiating of the game. They claim that Altitude’s second goal was illegal as the player was offside, something the referee apparently missed. The San Pedro Pirates feel that they were treated unfairly and have since written to the National Football Federation. They wait to see if their complaints will be taken into consideration.
Other games during the 9th week of the 2019-2020 PLB Closing Season saw BDF overcoming Placencia Assassins 2-1.
The next Pirates game is Saturday, March 14th, against PLB’s leading team, Verdes, and the match will be held at the Ambergris Stadium at 7:30PM.