The San Pedro Town Council (SPTC) has come under criticism from the Opposition People’s United Party (PUP) for not presenting their financial reports. Mayor Daniel Guerrero had promised during the electioneering period (prior to being elected), that he would present regular financial reports. That has not happened and on Monday July 7th the local PUP aspirants were given the opportunity to look at the council’s finances on the invitation of the Mayor of San Pedro Town Daniel Guerrero. Following the meeting Mayor Guerrero said that there is “no hanky-panky” happening with the council’s finances. 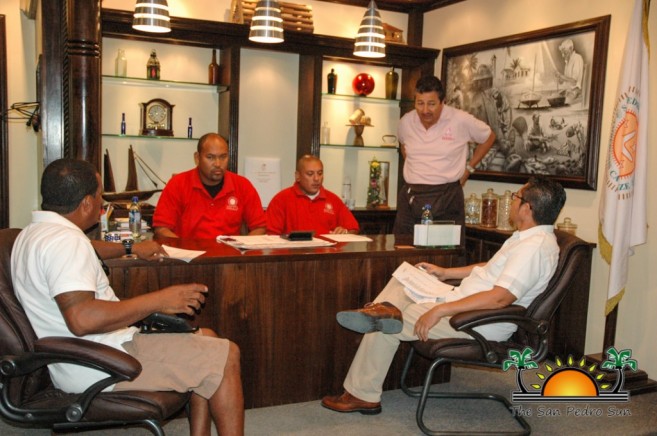 According to Guerrero, the PUP Standard Bearer for Belize Rural South Elito Arceo, plus any other individual he had selected, was invited to review the council’s finances. Arceo took with him the PUP Mayoral aspirant Dr. Giovanni Solorzano. Mayor Guerrero also invited the local press to look at the report and witness the event, with the condition that only the PUP officials would be allowed to ask questions since they were the ones that requested to review the finances.

“We were only following up on the Mayor’s word that he promised he would do if and when elected to office. He promised that he would present regular reports to the residents on how the monies are being collected and spent. It is important that when you are dealing with the people’s money that you be accountable for their monies and your actions. Until we get a Certified Public Accountant (CPA) and audit from the SPTC, it will be useless to comment,” said Arceo

“The People’s United Party standard bearer has been calling for a public presentation of our finances. So I decided to invite him to our offices and show them our financials. I welcomed them and everything was fine. I have no problem and I have a very open policy,” said Mayor Guerrero.

The financial report, which was also shown to the local press, reflected a one year period from March 2013 to March 2014. Mayor Danny said that in the public meeting scheduled for July 22nd, the comparative figures reflecting the finances for two years will be provided. A quick look shows that at the end of the financial year dated March 2013/2014, the SPTC closed off with a surplus of over $200,000. 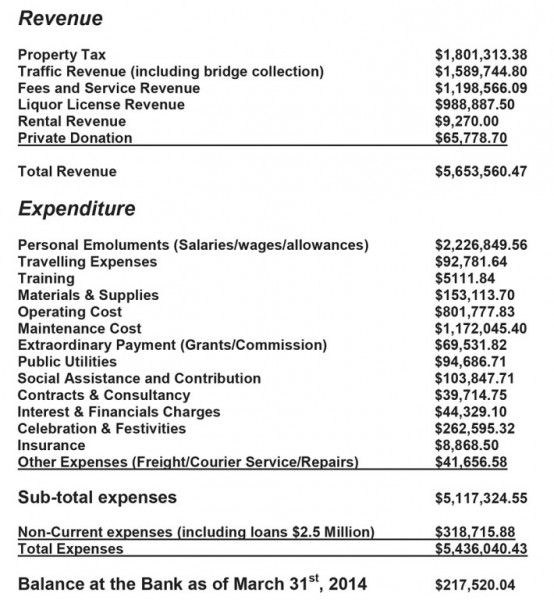 Arceo said that they were given less than an hour to look at the documents and ask a few questions. “We were not given enough time to go through the finances and we left with more questions than answers. The report was not done by an independent auditor so I question the credibility of the report. I would like to see an audit done by an independent and CPA. I would reserve comments regarding the finances until a proper report is done by a CPA. That financial report was just a three pages and until we get a certify CPA and audit from the SPTC, it will be useless to comment,” stated Arceo. 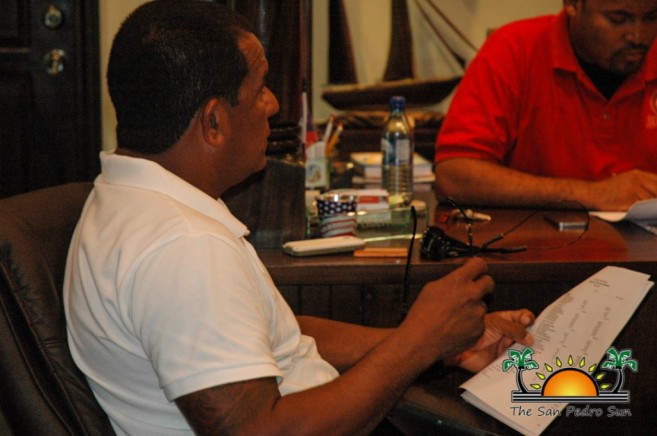 Arceo questioned Guerrero about allegations that the council owes Bowen and Bowen, Tropic Air and even hardcore material suppliers. Mayor Guerrero stated, “They brought that and actually what I am doing is that I am the one closing the accounts that I see the council can benefit from. At Tropic Air, we do have two accounts—one for cargo and one for flights—we are still flying and we are still getting cargo. When it comes to the Bowen and Bowen, we just had our public events (Dia de San Pedro) and we got everything on consignment and we have our accounts there. The other one with hardcore, if I want to order hardcore right now, I can get probably twenty, forty barges with no problem. They [PUP] are basing themselves on rumors. They want to create something out of nothing. If they want to go in that direction, I am ready for them,” said Guerrero.

Arceo also asked the Mayor about bonuses given to staff members. Guerrero said that like any organization, the SPTC rewards its workers for their good performance. “They are questioning me about bonuses. I mean every organization on the globe provides bonuses to their staff. And the questions they were putting forward to me, I was expecting far more detailed and constructive questions. The mayoral candidate asked some questions that had nothing to do with the finances,” said Guerrero. 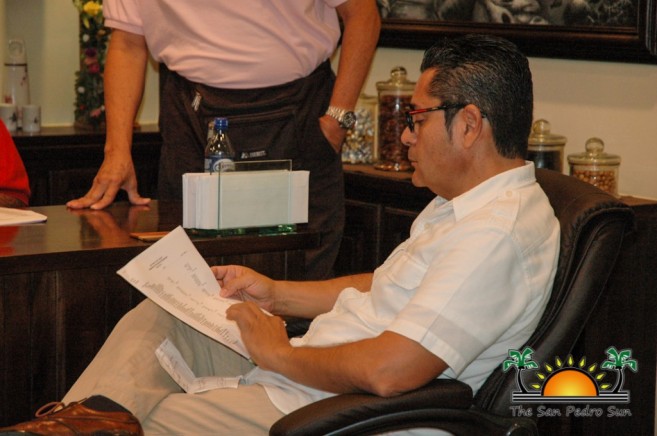 The PUP standard Bearer also questioned the Mayor about donations made to the SPTC by Canary Cove that is not reflected in the financial report. The Mayor explained that in-kind donations are not reflected in the council’s financial report because it not physical monies received. He clarified that in most instances, like the case with Canary Cove, once agreed on a partnership project; the businesses purchase materials, pay for labor and also execute the project.

The report was prepared by acting Town Council Administrator Marion Mejia and Senior Accountant Edmundo Castillo in accordance with a standardized accounting system implemented by the Ministry of Local Government. While the report reflects the council’s finances for March 2013 to March 2014, a two year comparative report will be prepared for a public meeting being planned for Tuesday July 22nd. That meeting will start at 7PM at the San Pedro Lions Den and members of the public will be allowed to ask questions pertinent to the SPTC finances.

The meeting was very cordial and calm. Present at the meeting were members of the local press, two Justices of the Peace and the SPTC legal advisor Steve Perera.