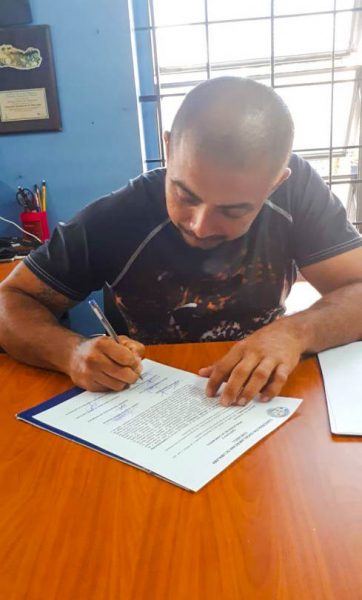 Dawson shared with The San Pedro Sun that he feels proud to represent Belize in this monumental achievement for the sport in the region. “We all used to work under a Mexican federation, but now that we have created our own, this opens the door to the rest of Central America,” said Dawson. He added that Belizean athletes will also have the opportunity to participate at the Central American Olympic Games in November of this year in El Salvador through the new federation. Dawson, through his Dawson Pitfighters training school, is looking forward to taking a group of Belizean competitors from ages 12 to 17 to participate in the Olympic Games.

Under Concadell, each country will have the opportunity to host a Lima Lama tournament each year. Dawson feels optimistic about this opportunity and believes that having autonomy in the sport will benefit the future of Central American athletes.

Dawson was introduced to martial arts when he traveled to Chetumal, Quintana Roo Mexico to study veterinary medicine at the age of 18. He trained at the Centro Nacional de Kickboxing in Chetumal, where he qualified in Level Two (out of Seven) as he journeyed to become an MMA master. Dawson also competed in various Taekwondo tournaments in Chetumal and participated in a full combat tournament in Cancun, Mexico. In 2013, he began offering classes to those interested in martial arts.
Over the years, Dawson turned his love of martial arts into a training center. He offers Lima Lama classes on Mondays and Tuesdays, while on the other days, except Sundays, the schedule includes Jiu-Jitsu, MMA, and Muay Thai. For more information on the sport or private classes, contact Dawson at 630-4077.