Home » Community and Society » Sports » San Pedro Tigersharks take a bite out of the Toledo Diplomats!


Week nine of the National Elite Basketball League (NEBL) saw a crushing defeat for the Toledo Diplomats, the only team that had managed to win the Tighersharks in the league thus far. The San Pedro Tigersharks redeemed themselves and finished some unsettled basketball business with the southern team on Saturday 5th. So when the game started, it was on to settle the “beef.”

Led by Michael Adams, Winston Pratt and Darwin Leslie, the home team picked up an early lead in the first quarter garnering, 18 uninterrupted points before the Diplomats’ Ervin Avila made a three-point basket. The pattern was established early in the game, and by the time the first quarter was over, the statistics was set at 25 – 7, in favor of the Tigersharks.

The second quarter was no different, as it was clear that the home team was in to seal the game. Ervin Avila of Toledo opened the second quarter with a two point basket and came back a few seconds after with yet another excellent execution, putting the game at 25 to 11 apiece. Veteran Rico Black led the charge for the Tigersharks and after a successful cross over to Louis Pitterson, the good luck net shook. It was not the only time the net shook for the night, because after a slight improvement in the performance of the Diplomats and the dominant islanders, the halftime ended at 44 to 21; Tigershark was in the lead by a whopping 23 points.

The game only got worse for the Diplomats in the third quarter, when San Pedro’ Michael Adams made a stellar appearance, blocking several attempts by the visitors. Young rookie basketball player Afrie Black was brought into the game, and he began capitalizing on a few attempts, electrifying the spectators. Perhaps the most beautiful play of the night was a double charge by the father-son duo; Rico was brought down, but his son Afrie picked up the ball to slam in two points for the Tigersharks. By the end of third quarter, San Pedro had 63 points against the Diplomats’ 37. 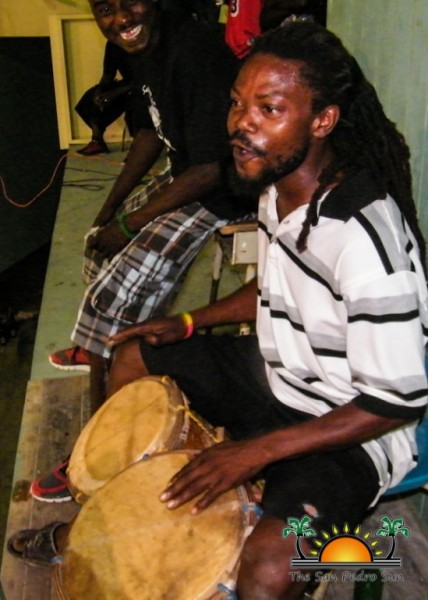 In the fourth quarter, the Blacks, Jamal Kelly, Marcel Orosco and Pratt led the charge capturing 23more points for the host team. Diplomats’ Anthony Johnson, Jovannie White and Evon Lino tried to hold on in the game managing to pick up 15 points for their team. The game ended at 86 to 52, a 34-point win in favor of the Tigersharks. Winston Pratt and Darwin Leslie scored 15 points apiece for the Tigersharks, making them the star players for the night.

Results from other games played are as follows:
Thursday, April 3rd
Dangriga Warriors 54 Vs Belmopan Point Bandits 66
Friday, April 4th
Corozal Heats 62 Vs Belize City (Smart) No Limit 71
Orange Walk Running Rebels 50 Vs Cayo Western Ballaz 100
Both The Cayo Western Ballaz and The San Pedro Tighersharks have 25 points in NEBL. Week 10 will see Belize City Smart No Limit visiting the Tigersharks on La Isla Bonita. The game is scheduled for Saturday April 12th at 8PM at the Rafael Angel Nuñez Auditorium. Tigersharks supporters are asked to bring along their black T-shirts in support of the San Pedro team.