« Older: Three miles of northern road to be paved
Newer: » Community support can help Kent succeed in the Commonwealth Games


With 10 wins out of 11 games played, The San Pedro Tigersharks take the lead in the National Elite Basketball League (NEBL) after a come-from-behind win over Cayo Western Ballaz. That game was played on Saturday April 26th at Sacred Heart College in San Ignacio Town, and was considered the most hotly anticipated game of the season. For the two teams the game was critical, since it would determine who would be the undisputed league leader going into week 12 of the 14 game regular season.

There was a spectacular pre-game show, but the real spectacle was the game on the court. Ballaz’s Farron Lauriano opened the scoreboard by stealing a bad pass from Darwin Leslie to score the first two points. For the Tigersharks, Jamal Kelly got the ball rolling when he stole an intended pass from Kurt Burgess and raced to the basket to earn him two points plus a free throw, making the first three points for Tigersharks. The Ballaz took advantage of Tigershark’s dismal performance the rest of the first quarter, ending it with a15-9 lead. 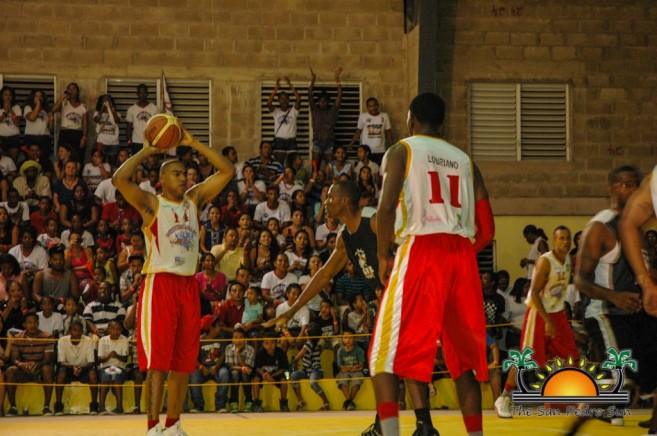 When the game resumed in the 2nd quarter, Darwin Leslie stole the ball from Kurt Burgess and pushed it to Michael Adams who slam-dunked the ball shaking the net for first two points. But the Ballaz came down with all they had, including a spectacular performance ofFarronLaurianoand Lewis Peterson. For quite a long time, the visiting Tigersharks appeared confused and unable to react against the force of the west. Richard Troyer proved critical for the Ballaz as he penetrated through the heart of the Tigersharks’ defense.But San Pedro’ Jamal Kelly responded with a triple-shot sending them into the half time with a score of 33-27 in favor ofCayo Western Ballaz. 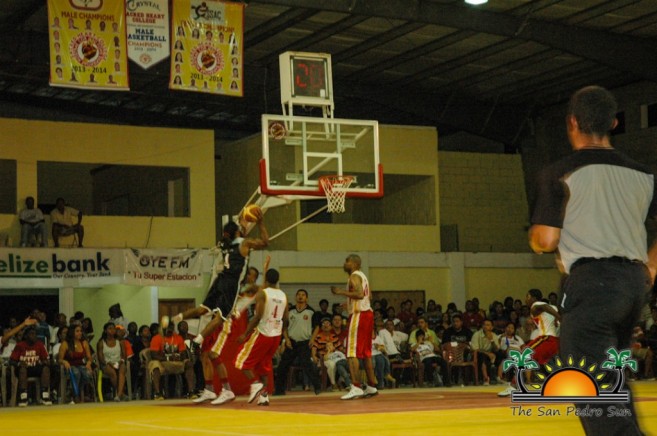 Going into the 3rd quarter the early performance of Lauriano and Troyer gave the host team the biggest lead of the game with a 39 to 29 advantage. But that was short lived as Darwin Leslie picked up a few passes from Tyrone Edwards and kept the Tigersharks alive in the game. Down by 8, Winston Pratt stole a rebound and took the ball through entire length of the court where he scored3 points tonarrowthe gap. At the end of the 3rd quarter, the Ballaz remained in the lead with six points, but the Tigersharks were not giving up. 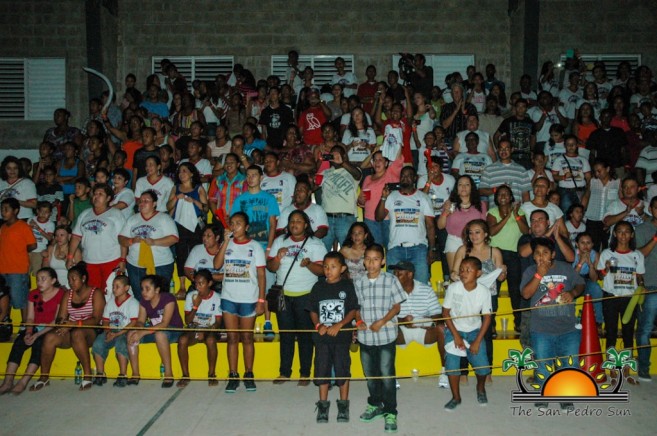 At the start of the 4th quarter Winston Pratt led the attacks for the visitorspicking up the first two points. San PedroTigersharks began showing some energy, and with 4:45 minutes remaining, Pratt passed a long ball to Louis Petersonfor athree-pointer,cutting the Ballaz’lead to 1 point. The very next play saw Darwin Leslie score two points, and the game changed, with the Tigersharkstakingtheir first lead of the night. Leslie then turned to the dangerous Pratt at the far end of the court, who landed his second triple-point shot,giving San Pedro a 4-point lead. 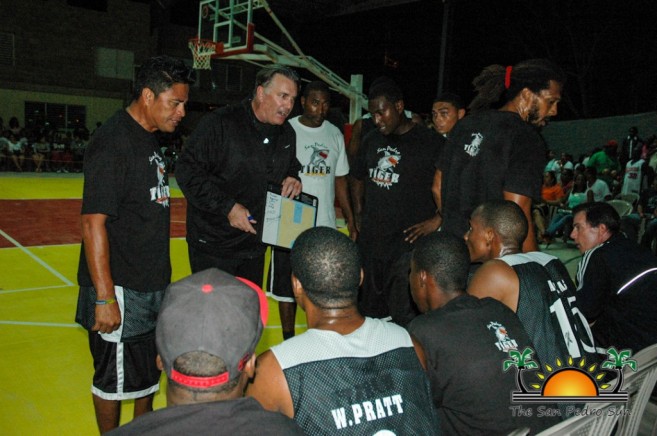 Tigersharks became unstoppable, stretching the lead to ten points and forcing the home team to call several time-outs. With just over a minute to go and at eight points behind, the Western Ballaz struggled to keep up with killer Tigersharks. When the game’s final whistle blew it was a 70 to 65 point game in favor of the visiting islanders. It was a crushing defeat for the Ballaz, as they certainly commanded the scoreboard for most of the game, but they fell short in front of the largest fanturnout of the season. 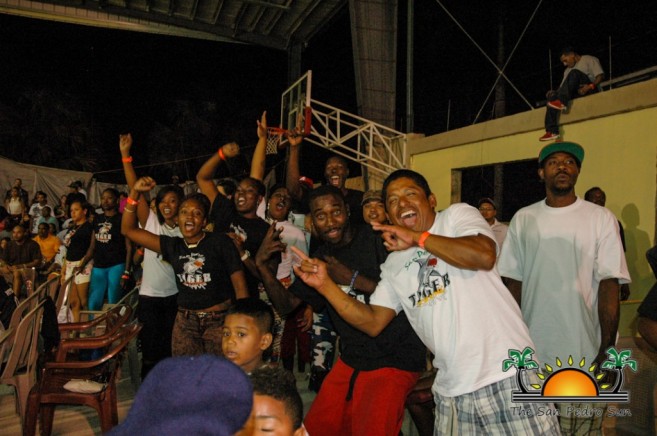 Much respect must be given to the host community who put up the best basketball show so far in the NEBL. Marching band, fireworks, spectacular introduction, entertainment and a massive crowd certainly made the game an exciting spectacle. Kudos to the west! 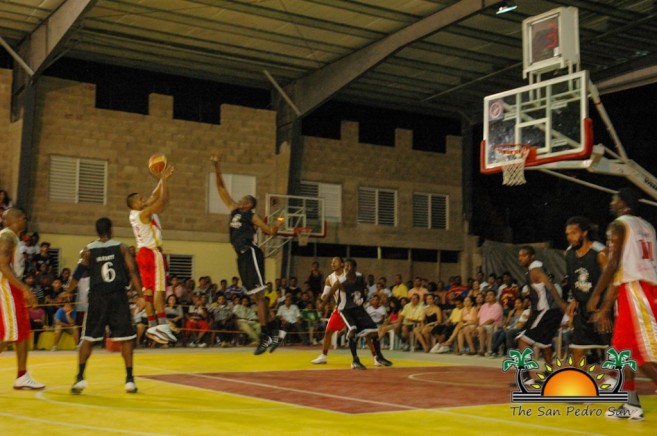 On Friday May 2nd, San Pedro Tigersharks will be playing their home game against the Belmopan Bandits in Belmopan at the UB Gymnasium. That game is being played away since the San Pedro venue will be used for the National Lions Convention and NEBL also wants to take some action to the Agricultural Show as one of the weekend activities. Good luck Tigersharks!