« Older: Lobster Season comes to a close
Newer: » Consultations on the project ‘Identifying Opportunities for Climate-compatible Tourism Development in Belize’


After a few years of hiatus, national basketball tournament is back! More importantly, San Pedro Town will see its share of the action too. The National Elite Basketball League (NEBL) kicked off on Saturday February 8th with San Pedro Tigersharks picking up their first big win. Official ceremonies were held at the Birds Isle Basketball Court in Belize City after which San Pedro Town’s Tigersharks took on the Belize City home team. 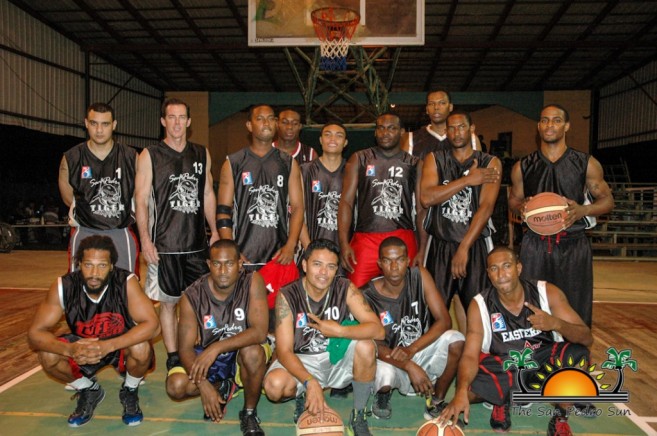 There are eight teams from all over the country in competition that will see all teams play each other twice (in home and away game). San Pedro Town is being represented by the legendary Tigersharks, Belize City by Smart No Limit, Corozal by the Heats, Orange Walk by Running Rebels, Belmopan by the Bandits, Cayo by Cayo Western Ballaz, Dangriga by the Warriors and Toledo by the Diplomats. 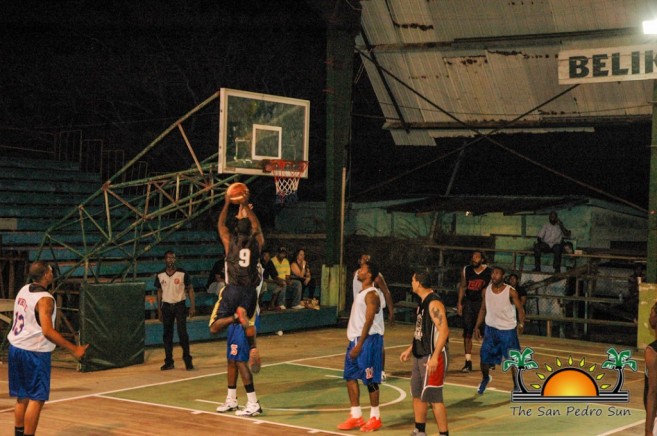 Opening the league was the Minister of State in the Ministry of Education, Youth and Sports Honorable Herman Longsworth. In his opening remarks, Longsworth stated that the success of the tournament will be dependent on the public’s support. “This is the start of what we hope will be able to sustain indefinitely. That however, will be very much dependent on the community. The teams have to find a way to bring out the community to support the games.” After short remarks by the President of the Belize National Basketball Federation Paul Thompson, it was time for the game.
San Pedro Tigersharks brought in most of their players from the past Interoffice Basketball Tournament team, the undefeated Tuff E Nuff team, thus sports enthusiasts saw them as a force to be reckoned with in the NEBL. The island’s team members are Ashton Edwards, Darwin Leslie, Densmore Edwards, Doug Penland, Jamal Kelly, Keith Pollard, Lennox Cayetano, Linden Galvez, Marcel Orosco, Tyrone Edwards, Winston Pratt, Afrie Black, Luis Pitterson, Mike Adams and Rico Black (Player/Assistant Coach). San Pedro Tigersharks is being trained by US Coach Gary Isaacson. 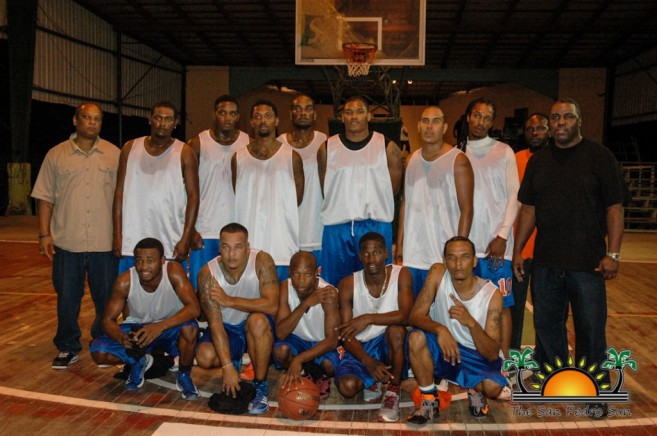 But the question on the minds of the spectators was if the Belize City Smarts No Limit team was ready for the caye team, having prepared with an electrifying introduction of players and a magnificent halftime entertainment. Well, it was settled on the court when the game got started. 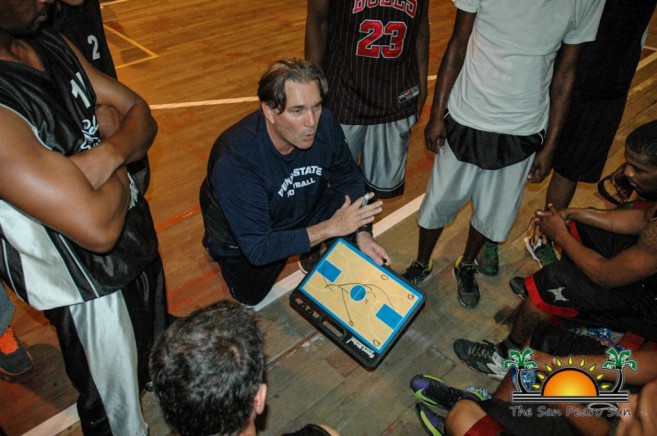 Smart No Limit opened the scoreboard and took an early two-point lead that was short lived when the Tigersharks responded with their own. In the first quarter, the scores remained tight with the home team lagging behind for the most part. When the first quarter whistle blew, they managed to take a one point lead with a 20-19 score. Tigersharks made a rapid come-back in the second quarter, heading into halftime with a 35-38 score. That lead started to expand in the third quarter with a 52-59 finish. San Pedro Tigersharks managed to add11 points in the early part of the fourth quarter, capitalizing in a number of free throws and even a few three-point shots. Smarts No Limit, forced to defend home turf, battled valiantly to make a recovery, but time was not on their side. Tigersharks, with a comfortable lead bounced the ball around, frustrating the home team and forcing a number of fouls. At the end of the final whistle, they had sealed the victory in a 83 – 78 points win. Wilson Pratt of San Pedro Tigersharks was named the best player for the night with his 27 out of the 83 points in game one. With the exception of a few scuffles between players and the upset of losing at home, the game ended rather peacefully, and the Tigersharks have begun their season on a positive note.

Results for the other weekend game are as follows:

On Friday, February 14th, Corozal Heats will receive a visit from Belize City Smarts No Limit. Dangriga Warriors will get a visit from Belmopan Bandits on Saturday, February 15th while Cayo Western Ballaz will travel to meet Orange Walk Running Rebels. The San Pedro Tigersharks have the longest journey next week Saturday as they face off the Toledo Diplomats in the Toledo district.
The San Pedro Sun will have weekly updates as the island’s newspaper follows San Pedro Tigersharks both on their home and away games. Let’s go Tigersharks!

Dress A Girl Around the World reaches out to Belizeans