In preparation for the regatta, CCSC organized a five day training camp, with San Pedro and Corozal sailors also participating in the training. The young sailors went so far as to sail dinghies from Caye Caulker to San Pedro to practice long distance sailing. The children certainly enjoyed the camp, as it also gave them an opportunity to interact with one another while enjoying games and other fun activities. According to organizers the camp was aimed not only to train the young sailors but to provide an extracurricular activity to keep the children busy during the Easter Holidays. However, the main objective of the training was to bring together the Optimist sailors from around Belize that form Team Belize to allow them to share knowledge and experience, and to learn from the coaches available from San Pedro and Corozal.

The Sailing Revival Regatta was divided into two categories: advanced and beginners. Each group comprised of 15 sailors. At the end of the race, it was Kevin Velasquez from SPJSC who took first place in the advanced group, while first place for the beginners’ group when to Trent Humes from BCSC. SPJSC also took home second, third, fourth, fifth, seventh, ninth, eleventh and thirteenth place in the advanced sailing category, and fifth, sixth, seventh, tenth, and eleventh place in the beginners’ sailing category. 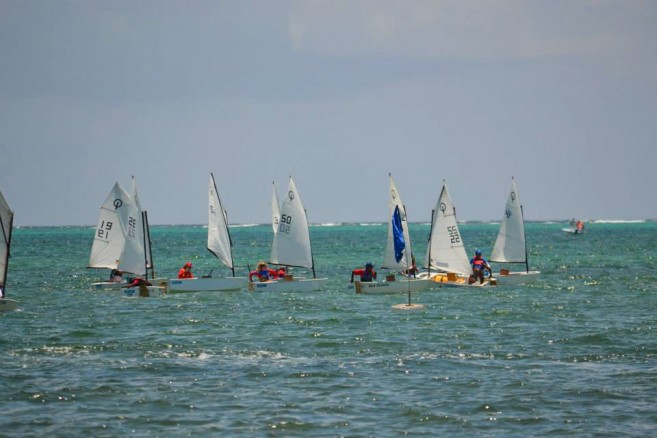