Under the Laws of Belize, the sale of liquor is prohibited on Good Friday, but over the Easter weekend, that law was unexpectedly lifted on Ambergris Caye. The decision came on Friday evening and by all indications, it was a decision made by the Chair of the San Pedro Liquor License Board Jennie Staines on the suggestion of Area Representative Manuel Heredia. The decision undermines efforts made by the San Pedro Town Council in which they had warned liquor license holders about the prohibition made under the Laws of Belize. 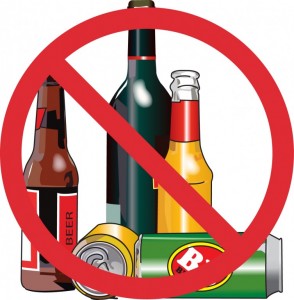 According to Minister Heredia, while he has no power to lift the law, he did suggest to Staines that the law be lifted that evening. Heredia told The San Pedro Sun that as the Minister of Tourism, he felt it necessary to lift the law to accommodate the tourists. He claims that he suggested having the law lifted at the conclusion of the public religious activities which included the street procession. Staines said that as such, businesses that would already be open under certain restrictions – such as restaurants, hotels and shops were allowed to sell liquor after the Roman Catholic Church procession. Because it was a last-minute decision, Stains said that calls were placed to some businesses in the downtown area while other establishments were visited to inform them of the decision.
The decision to lift the law at the eleventh hour goes contrary to the two-week campaign that San Pedro Town Council (SPTC) had launched in the local media. In various ads, the SPTC warned business establishments and the general public about the prohibition of the sale of liquor from Thursday, April 2nd at midnight to Friday, April 3rd at midnight.
Mayor of San Pedro Town Daniel Guerrero said that he was made aware of the decision to lift the ban when he began receiving calls from businesses who were not notified of the sudden amendment. The Mayor will be hosting a meeting with the Liquor License Board to gather all the details that led to the lifting of the law. He did say that he stood by the decision to uphold the law and will continue to promote a “dry Good Friday” as mandated by law. “I will stand on the side of the law, and if the law does not change by next year, I will continue to push for a dry Good Friday,” stated Guerrero.
The Mayor also stated that he received multiple complaints of the sale of alcohol during the day on Good Friday, which he passed on to the police. He added that the police did report back indicating that inspections were carried out to ensure that the law was upheld.
When asked if the police were involved in the decision, Staines said that she did call the Officer in Charge of San Pedro Police Department, Inspector Henry Jemmott. According to Jemmott, while he did receive the call, he took the opportunity to reiterate the context of the law that prohibits the sale of liquor. Jemmott said that on Good Friday, he was personally on various operations enforcing the law and had no knowledge of last-minute decision taken by Staines.
Under the Intoxicating Liquor License Act Chapter 150 of the Laws of Belize Part III section 14, it outlines that there shall be no “delivery or sale of alcohol anytime on Christmas Day or Good Friday.” Minister Heredia stated that he will try to see if a revision of the law can be made to accommodate the sale of alcohol on Good Friday.
Readers may recall that in 2012, a similar request to have the law lifted was made by Minister Heredia to the then OIC of San Pedro Police Assistant Superintendent of Police Vienie Robinson. Robinson, known for her “non-nonsense” attitude in the police force, refused to break the law to accommodate the Minister’s request and personally patrolled the town to close down businesses caught selling alcohol. Shortly after that, Robinson was transferred from the island after just a few months of her placement at the head of the San Pedro Police Formation.

San Pedro Cancer Society helping one patient at a time