On Friday, December 4th, the ‘First Friday Tres Cocos Trash Pick Up’ group held their last trash clean up activity of the year. The initiative, which started several months ago, is comprised of residents from the Tres Cocos residential area located just north of the Sir Barry Bowen Bridge. They have designated the first ‘Friday’ of each month to keep their side of the island clean. Last Friday, the group was not only joined by the many volunteers who usually show up every month, but also by 150 students of the Holy Cross Anglican Primary School. 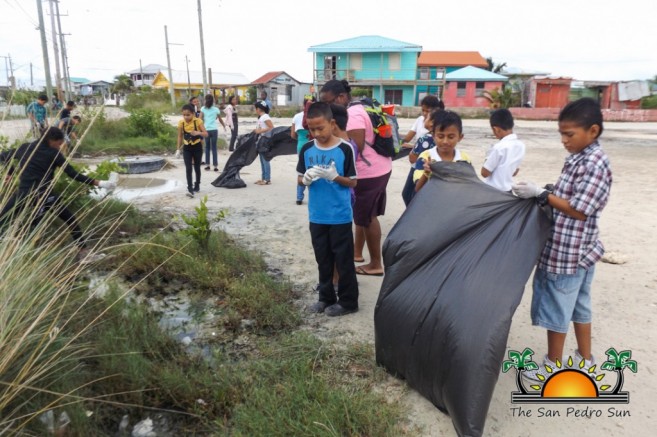 At 9PM volunteers and students gathered in front of the Paradise Theater where a quick briefing was held and gloves and trash bags were provided. The large group was then separated and designated different areas to clean. A group stayed by the bridge area and entrance to San Mateo while others went up north via road and then to the beach. The idea to have the students involved is another way to tackle the garbage issue on the island by educating children on it. According to members of the Tres Cocos group, it is important to instill this civic pride in the students, encouraging them to do the right thing and put trash in its correct place.

After nearly two hours, the groups met at Marbucks Café where everyone was provided with water, cookies, tea and iced coffee. This initiative has yielded great results, as more volunteers join each time. The students who took part in this month’s clean up surely learned the value of the activity. Even though this cleaning campaign only takes place once a month, every time it happens, the message to keep the island clean gets even louder. The group expects that eventually, the dumping of garbage on the side of the road and the beach will stop. 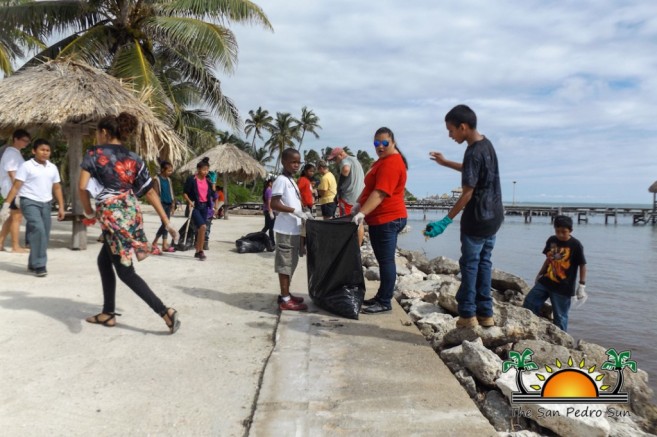 The project has survived since it has shown positive results, not just with less trash each month, but the awareness created in the island community. Organizers have reported increased motivation, as more volunteers join in the cause, and would like to take this opportunity to invite anyone interested to join their First Friday trash pick-up in January.

The volunteer-led cleanup campaign of northern Ambergris Caye would like to thank everyone who came out to support and added yet another successful cleanup. The Tres Cocos group meets at 9AM at the Paradise Theatre parking lot on the first Friday of each month.