Saturday, October 3rd marked yet another successful International River and Beach Cleanup on Ambergris Caye. The 30th annual cleanup is spearheaded worldwide by Ocean Conservancy and officially began on Saturday, September 19th. Here in Belize, Oceana in Belize and the Belize Scouts Association are the national entities pushing the cleanup of Belize’s coastlines, which saw its 24th installment. This year’s cleanup was held under the team “Trash Free Seas – Every Piece, Every Person” with aims of raising awareness to the importance of keeping our water bodies trash free.

The local cleanup efforts started from 8AM, with volunteers divided in to seven groups to cover more ground. Armed with garbage bags and gloves, the volunteers took to designated coastal areas in the attempt of ridding La Isla Bonita of accumulated garbage in our marine environment. The main efforts were centered in clearing the island beaches, with four groups tasked to collect washed up garbage from Boca del Rio Park south to the Mosquito Coast Area. The day also saw in-water cleanup of the Boca del Rio channel and Mexico Rocks Dive Site. Another key cleanup area was the Northern Ambergris Caye beaches known as turtle nesting sites. 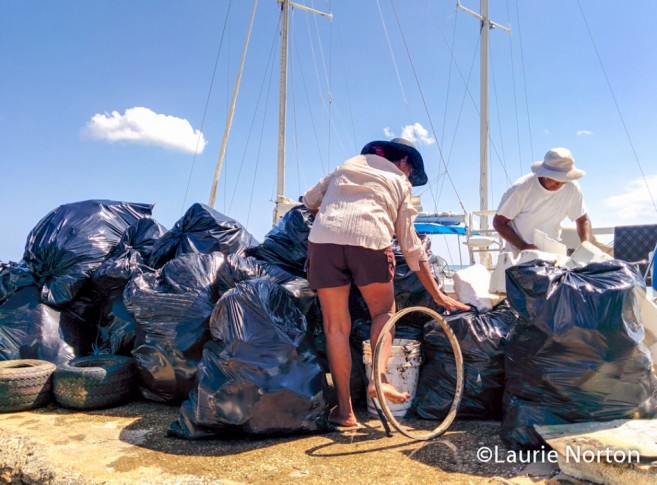 In order to keep track of the success of the cleanup, each group was given a “Volunteer’s Ocean Trash Date Form” in which all the garbage that was picked up was recorded. At the end of the day, the forms were passed on to the organizers so as to keep track of the amount of garbage collected at each destination. This form of recording is done to provide data on the amount of and types of garbage in our water bodies, as well as to compare to cleanup campaigns of previous years. Official statistics on the cleanup, both nationally and internationally, are expected to be released in November 2015.