As the rainy season nears, an aggressive clean-up campaign has been launched in San Pedro Town. The program aims to address the garbage issues in all subdivisions of the Town, while getting rid of breeding areas for mosquitos that may transmit vector diseases such as ZIKA.. The campaign began on Wednesday, June 1st at the San Pedrito Sub-division, and will last until November when the rainy season is due to end. 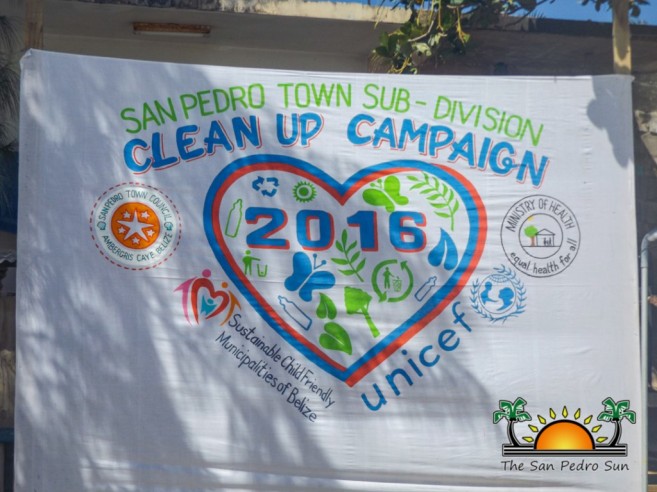 Spearheading the project is The San Pedro Town Council (SPTC), The Ministry of Health and the United Nations Children’s Fund (UNICEF). The campaign is also part of the Child Friendly Municipalities of Belize.
Present at the opening ceremonies was Mayor Daniel Guerrero, and Deputy Mayor Gary Greif along with their Councillors and staff of the SPTC. Representatives from UNICEF were also present, joined by Officer in Charge of the San Pedro Police Sub-formation, Superintendent Sandra Bowden, representatives of the Ministry of Health and students from the San Pedro Roman Catholic Primary School. 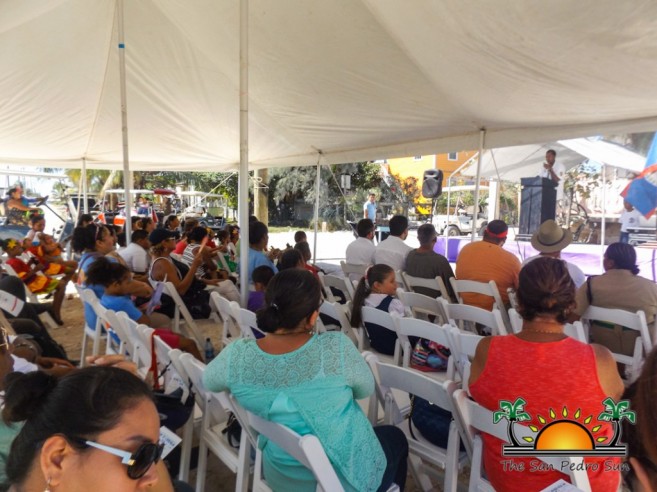 Master of ceremonies Jorge Aldana welcomed everyone to the launching, which has the dual task of keeping the island clean and free of vector diseases transmitted by mosquitos. One of those diseases highlighted was Zika, which is now present in Belize despite efforts by the Ministry of Health on its prevention from entering the country. According to Aldana, a cleaner and healthier island will attract more tourism, which is the main industry on Ambergris Caye. 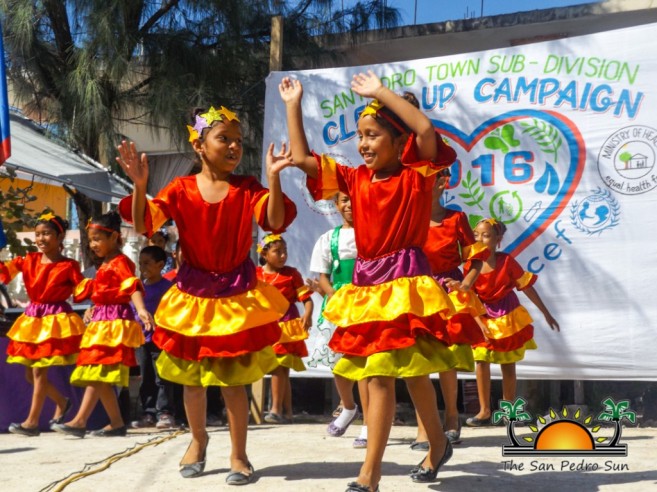 Mayor Daniel Guerrero officially opened the ceremony, touching on the topic of Zika, briefly mentioning how Belize began preparing to deal with such threat from the very first case of this new mosquito borne disease in the region. “Today we are seeing the launching of one of our main activities, in which over the next six months, we will be doing clean ups from household to household in all subdivisions of the island. We will ensure we get rid of mosquito breeding grounds and keep the areas clean,” said Guerrero. “This will require a lot of coordination, efforts from our citizenry and financial backing as well. However, it must be done if we want to protect our tourism industry from the spread of vector diseases such as Zika.” For the next two weeks, efforts will be concentrated in the San Pedrito area and the cooperation of everyone is expected in order to effectively get rid of all garbage. “When we are satisfied that this subdivision is clean, we will proceed to another area until the entire island is cleaned,” said Guerrero. 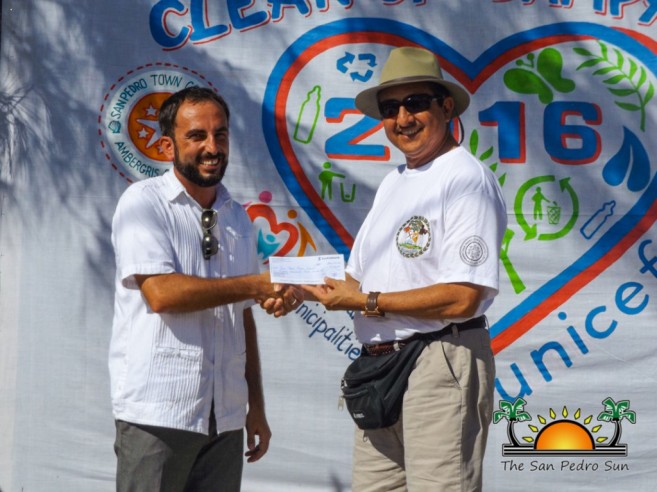 Providing an overview on Zika was San Pedro’s Health Inspector Horris Patten who spoke a bit about the history of the disease. The disease was first detected in Africa in the 1940’s, and resurged in 2007, before making its way to Belize in 2016. According to Patten the vector disease is transmitted by the same mosquito that transmits the common illnesses of dengue and yellow fever. “In order to avoid a crisis, we must clean our areas and get rid of any possible breeding sites for mosquitoes,” said Patten. He added that during dry periods, mosquito would lay their eggs on areas that can collect water amidst garbage. The eggs will then hatch when water later accumulates in garbage containers. “This clean- up campaign is a great initiative, as it will target the increasing population of mosquitoes while decreasing any outbreaks of diseases. Besides the campaign, we will continue conducting sprays throughout the different sub-divisions and again, we ask everyone’s cooperation to maintain their yards clean,” said Patten. 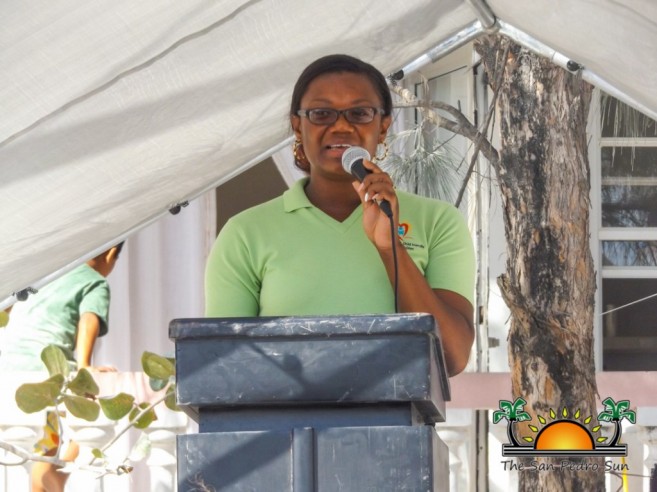 Giving an overview of the campaign was Deputy Mayor Gary Greif, who stressed on the importance of the campaign as the rainy season is fast approaching. He explained that the project is part of the SPTC plan of action in response to fight vector borne diseases on the island. Greif stated that it is a difficult task but not impossible and encourages everyone to cooperate. The SPTC has come up with incentives for those participating in the campaign. “Members of the SPTC along with the Health Inspector will be going through the different subdivisions, and anyone observed cleaning their yard will be featured in The San Pedro Sun, and as well, will receive a cash prize of $100,” said Greif. “The other incentive comprises of a $500 cash prize sponsored by the SPTC and Mayor Guerrero. The winner will be whosoever keeps their yard clean for the longest of time.” Greif asked for the campaign to not be a one-time event but to continue even after November, when the campaign is scheduled to end. He called on all island residents to make it a tradition and keep their surroundings and the island garbage free.

As the program starts, members of the SPTC and volunteers will take the task of helping island residents in the cleaning efforts to achieve the goal of a clean island. Anyone who would like to volunteer is welcome to come out on weekends and join the SPTC team. He noted that the idea of such a project had been suggested to him by Iraida Gonzalez of Belmopan City, where similar campaigns had been done in the past with the purpose of keeping the Garden City of Belmopan clean. “I would like to acknowledge Mrs. Gonzalez for encouraging us to get this done,” said Greif. 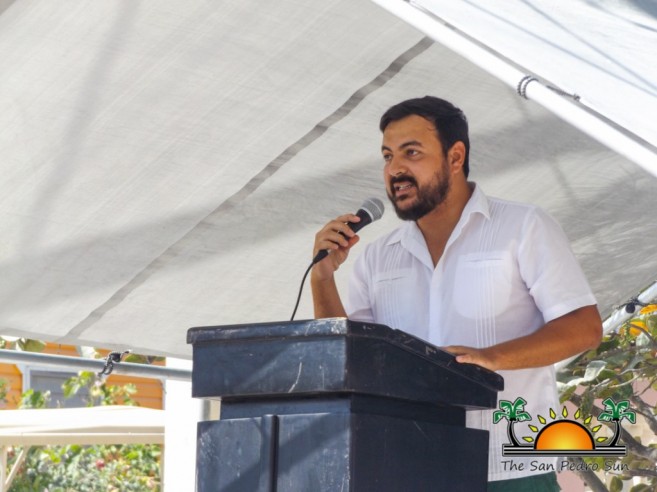 Following the overview of the campaign, Ilija Talev, Social Policy Specialist of UNICEF delivered the keynote address and expressed his satisfaction about such important initiative done in San Pedro Town. To date, according to Talev, UNICEF has engaged a global campaign about keeping communities free of garbage and vector diseases. “So far, we have reached 122 million children around the world in educating them about important topics, in this case on the Zika disease that is affecting other communities in the world and now is present in Belize,” said Talev. He added that when the child friendly program was established on Ambergris Caye, it was meant with the purpose for local authorities to be closer with the residents and increase their interaction on a daily basis. “I congratulate San Pedro Town for being the first municipality that came up with an actual plan to tackle down the Zika virus along with their residents. The actions that are to be implemented with the clean- up campaign will hopefully prevent the possibility of any Zika outbreak on the island, while keeping it very clean” said Talev. He emphasized on keeping the island clean in order to reduce the development of breeding grounds for mosquitos who are the carriers of these deadly diseases. He also assured the total support of UNICEF in such important initiatives, which in the longer run, will benefit the entire municipality. 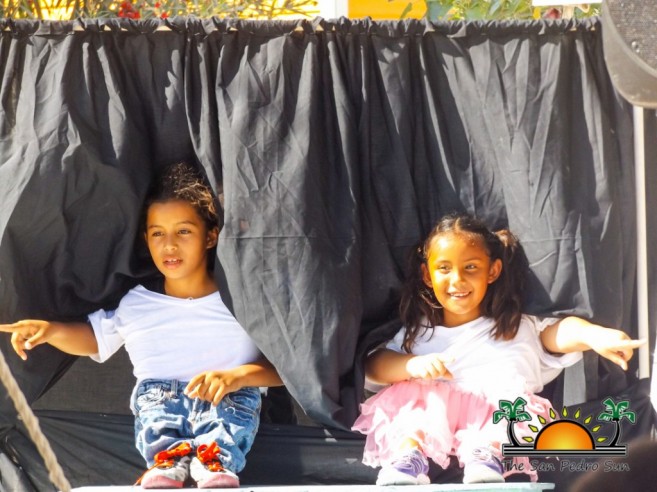 During intermission of the ceremony, the students from the San Pedro Catholic School delighted the attendees with performances that were featured at the national Festival of Arts in Belize City, where the school did outstanding.
Closing the event with the vote of thanks was Country Coordinator, Sustainable and Child Friendly Municipalities of Belize, Kay-de Vaughn. She thanked everyone in attendance and the municipality of Ambergris Caye for coming up with such an extraordinary project in order to address the issue of garbage and the prevention of vector diseases. She stated that such an initiative will need financing, and in order to do so, Mayor Guerrero was presented with a cheque delivering half of the $25,000 in funds they have committed for the program. 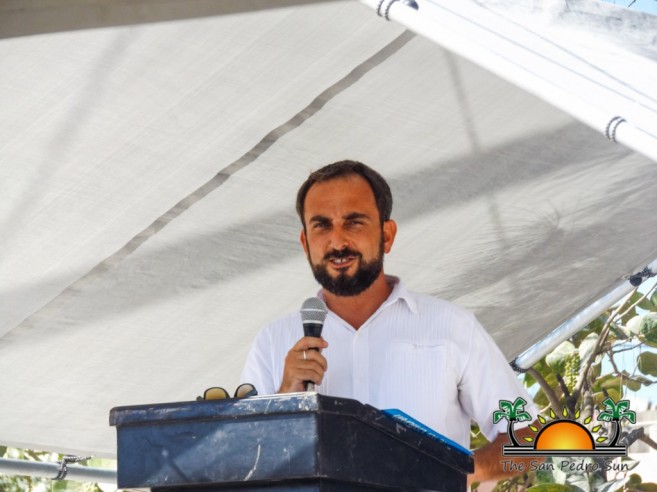 The SPTC, along with its partners, hope to see successful results at the end of the campaign, while encouraging everyone on the island to continue the initiative on their own. This joint project will see residents playing a key role in keeping La Isla Bonita even more bonita! The cooperation of all residents is vital in the success of this campaign, and local authorities are ready and willing to work with them for a better San Pedro Town.
For more information on the clean-up campaign, the SPTC can be reached at 226-2198 or at their offices located at Barrier Reef Drive during normal working hours.

Lionel Arzu is sworn in as new Ombudsman