In honor of island activist Felix Ayuso, who was brutally murdered at his residence on February 1, 2017, family and friends organized a “Justice for Felix” Walk on Sunday, July 2nd. Nearly five months after Ayuso’s death, the San Pedro Police Department officially released a wanted poster for Vildo Westby, who is believed to be connected to his death, on Wednesday, June 28th. Family members hope the walk will serve as a reminder that we need justice for him and others, and that it will speed up the process of capturing Westby. 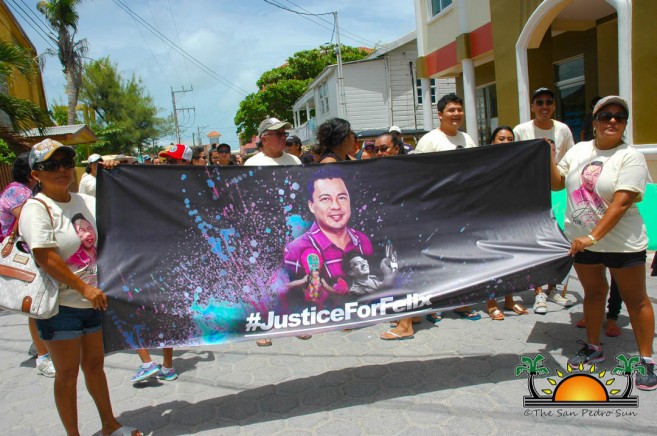 At 11AM, dozens of participants, many dressed in “Justice for Felix” t-shirts and brought posters, converged at the Central Park to plead for justice. As Alex Noralez guided the walk with music and positive messages, walkers made their way north to Boca del Rio before returning to Pescador Drive, then back at the park. During the walk, participants shouted “Justice for Felix”, while family members distributed wanted posters of Westby throughout San Pedro Town. The walk also highlighted justice for victims whose murder cases remain unsolved, including Jeffrey Eiley and Melvin Almendarez. After short remarks from Ayuso’s family members and supporters, the walk ended. 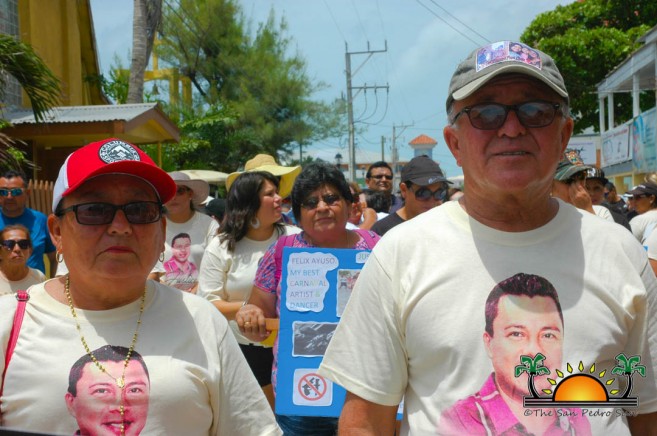 Family and friends of Ayuso are confident that exposing Westby will allow the general public to assist getting justice for Felix. 28 year-old Westby is described to be 5’6’’, 120 pounds with dark hair, and dark brown eyes. In San Pedro, he was last residing in the San Mateo Area, and is considered armed and dangerous. His exact location is unknown, as he is alleged to be within Belize City, or even in Chetumal, Quintana Roo, Mexico. The public is reminded that there is a substantial reward for anyone who can lead to the capture of Westby. 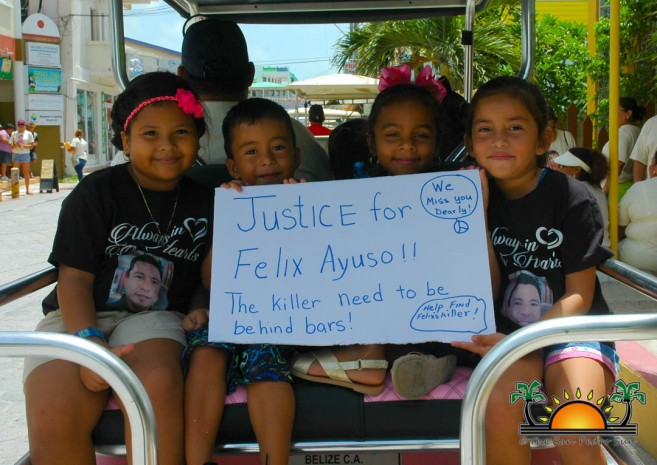 A family member of Ayuso told The San Pedro Sun that they look forward to capturing the suspect. “Crime is everybody’s business, and I am glad that we are doing as much as we can to get justice. If this happened to any of us, I know that Felix would have done more in a lesser amount of time. But we feel both accomplished and happy that we organized this justice walk. We handed out hundreds of flyers on the way, and I could say that with everyone’s help throughout all districts, we can find Vildo Westby.” 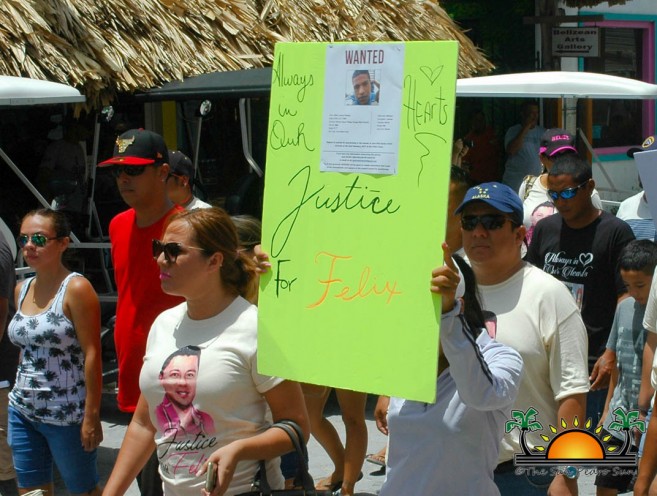 The Ayuso family would like to extend their gratitude to all their supporters who came out for the walk, the San Pedro Police Department, San Pedro Traffic Department, Alex Noralez, DJ Debbie, DJ Patron, Matachica, and all of their sponsors.

If anyone knows the whereabouts of Vildo Westby, please call 911, San Pedro Police at 206-2022, or any police station in your area. You can also report it anonymously to Crime Stoppers at 922 or call 631-9046. You can also visit Felix Ayuso’s Facebook fan page: Justice for Felix Ayuso to stay updated.

Editorial: Since when is upholding the law a bad thing?