Home » Community and Society » Probe on immigration bust continues; Immigration authorities on the island weigh in on the matter

Probe on immigration bust continues; Immigration authorities on the island weigh in on the matter


The Belize Immigration Department continues to investigate a November 2nd immigration bust conducted at several bars on Ambergris Caye. While the Department is trying to determine whether the detainees, all women, form part of a human trafficking ring based in Honduras, personnel from the San Pedro immigration branch, shed some light on immigration issues affecting the island. 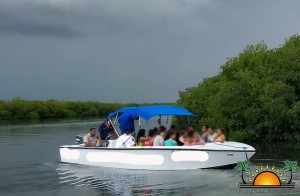 The San Pedro Town Immigration representative explained that usually, for the first six months, a non-Belizean can extend their stay in the country on a monthly basis. After six months, the person is not considered a tourist/visitor and he or she must leave, or have a genuine reason to continue in the country. “We do not grant an extension to anybody either if the Immigration officer believes that the person is not in the country for tourism purposes, an extension is denied, and the person must leave,” said the representative. “The other issue is that many of the women working in the bars do not get their extensions on the island. They would go to Belize City or somewhere else in the country to get their month’s extension.” He stated that once they bear a visitor’s permit on their passports, nothing can be done. The only way that someone can be removed is if that person becomes a threat to the members of the community.
The immigration representative on the island pointed out that sometimes it is difficult to carry out their duties when residents get involved. “I have heard stories whereby we visit a certain bar and there are a lot of women illegally working. When they are taken into custody, one or two guys from the island will quickly pay their fines so they can be released,” said the Immigration officer. “The person is then ordered to leave Belize, but they are not banned. They can come back to the country with no problem.”
According to the Department, the situation with work permits is another headache for them to deal with due to the judiciary system. The officer stated that if anyone is detained and taken to court for working without a work permit, the court needs concrete proof of employment. “Many times, the person will not cooperate, and they will deny working at the establishment,” he said. “The court will request employment letter, a bank statement showing the payments, and we know that bar owners don’t work like that; they pay under the counter.” He added that at times, the court case can end up being adjourned for several months in an attempt to try to charge the proprietor for employing someone without a work permit. “So it is a bit more difficult to charge them for working than to just charge them for being here illegally,” he said, indicating that the issue of people working without a proper permit is a big problem on the island. “It happens, not only in the bars but also in the construction industry and in other establishments across the island. They are also violating the law in this manner,” he ended. 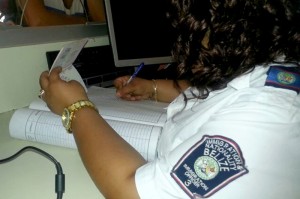 Some residents have suggested that the issue with bars must be eliminated from the root. They questioned why the local authorities keep renewing the trade and liquor licenses for such places that bring so much harm to the society. “These places are no good for our island,” said a concerned San Pedrano. “It breaks families, our hard-working men destroy themselves by spending all their week’s earnings in these places, and to make things worse, the money spent on these women does not stay in the country. So it affects the local economy as well.” The San Pedro Sun spoke with Mayor Daniel Guerrero, who briefly stated that their trade and liquor licenses cannot be revoked unless there is proof that the establishment is engaging in prostitution or other illegal matters.
The same thoughts were shared some days ago by Area Representative Honourable Manuel Heredia Jr. during the inauguration of the island’s first woman’s shelter and children’s home, Hope Haven, stating that any bar suspected of allowing prostitution would be closed. This is a promise that islanders will be looking forward to, as many do not agree with the practice on the island.
While the Immigration Department continues its investigation, it must be clarified that the raid was conducted after reports of an alleged human trafficker; Denia Suyapa Ochoa surfaced when she was detained in Honduras. Ochoa was arrested by Honduran authorities for allegedly abducting young girls and bringing them to Ambergris Caye, where they were put into forced labor and prostitution at bars on the island.

More on Community and Society
NHSDA closes in protest