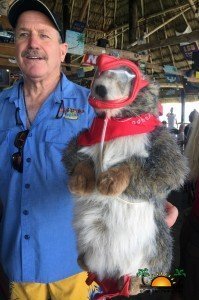 Organizers Jodi and Scott Harnish of the well-known Palapa Bar and Grill spearheaded the tradition. Jodi explained their decision to host this event. “Years ago, we thought a boat pub crawl would be a fun way to celebrate Groundhog Day and we usually have around 30 people join us. This year we decided to make it a Poker Run fundraiser, and we had over 120 people! We couldn’t be happier with the turnout and money collected!”

Crowds gathered at the Palapa Bar and Grill by 10:30AM that Saturday, ready to register and purchase their ‘poker hand’ for $20 and contribute towards the cost of fuel for the participating boats. A quintessential stuffed-toy groundhog appropriately donned in diving gear was on hand to solicit 15 raffle tickets for $20 for a 50/50 draw to benefit Triple R. After a brief intro to how the game worked, and some information on the benefactors, each participant was given a number, and Poker Grand Master Grant drew the first card for each person. 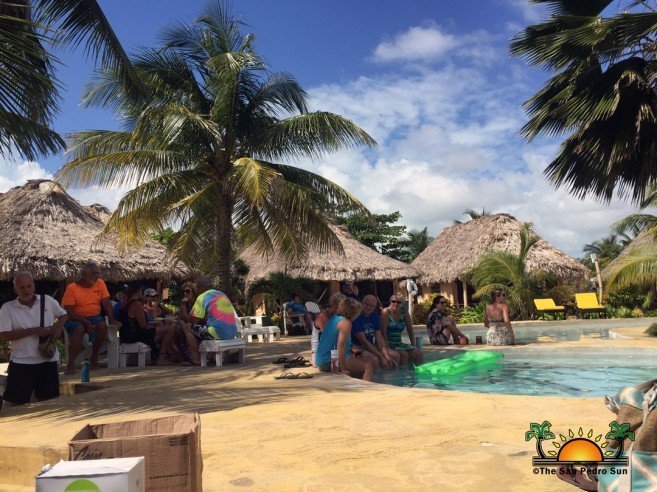 By 11:30AM eight boats loaded with Groundhog Day enthusiasts headed north to the first stop at Portofino Resort, where the group was greeted with live guitar music and a variety of cocktails and nibbles for purchase. After an hour of beach and poolside leisure, Grant drew the second card for each player and then they were off, headed to stop two: Rojo Lounge. The fun was repeated, with food and cocktails consumed before the third card was drawn. Everyone then headed to the third stop at the Dive Bar, where the revelry continued with much merriment. The fourth card was drawn before returning to the Palapa Bar.

With all eager to be a big winner, the fifth and final card was drawn for each player, followed by Poker Grand Master Grant pulling five cards for all to match their hand to. Gene, Robin, and Chris were the lucky winners, each collecting $370 and promptly donating it back to the cause. Michele, who won the Triple R 50/50 raffle also donated her winnings back. 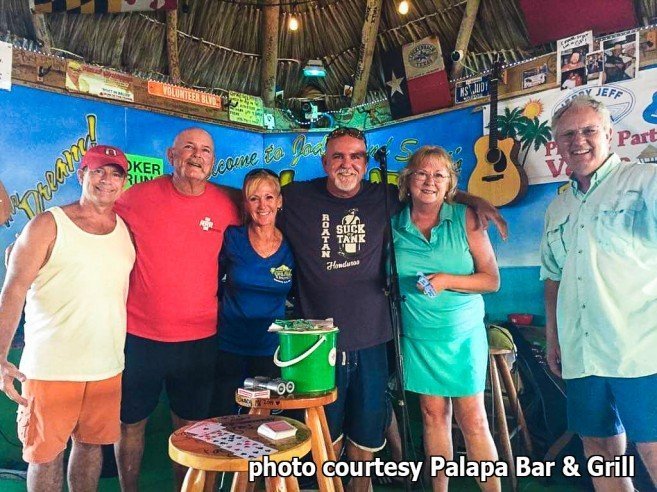 According to Jodi, “We raised a total of $2,220BZ for ACES School that will help award scholarships and purchase school supplies for special needs children. We also raised $1,258BZ for Triple R to help acquire additional rescue equipment and facilitate more emergency rescue training. We truly appreciate everyone who came out and donated money!” 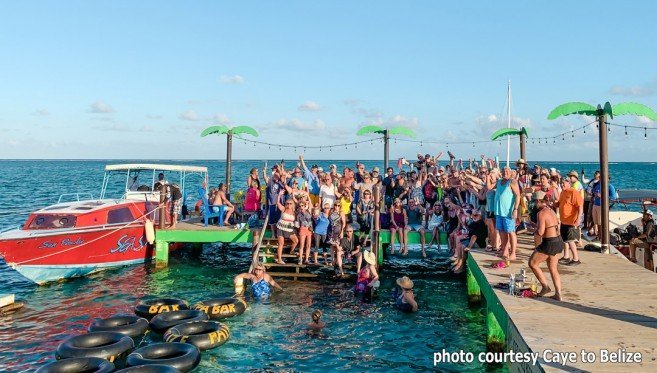 Groundhog Day is a popular tradition celebrated in Canada and the United States on February 2. It derives from the Pennsylvania Dutch superstition that if a groundhog (also called “woodchuck”) emerging from its burrow on this day sees its shadow due to clear weather, it will retreat to its den and winter will persist for six more weeks, and if it does not see its shadow because of cloudiness, spring will arrive early. This tradition technically does not apply to the Caribbean climate, as every day is a summer day on the island, but it is sure a grand reason to celebrate.