Ambergris Caye’s water emergency response team, Triple R Response, were presented with a donation of supplies and equipment at the National Emergency Management (NEMO) office in San Pedro Town on Monday, December 10th. The supplies are expected to aid the Triple R Response Team on the island, particularly for emergencies at sea. It is expected that with an effective and well-equipped rescue team, the possibilities of a fatal accident at sea will be minimized. 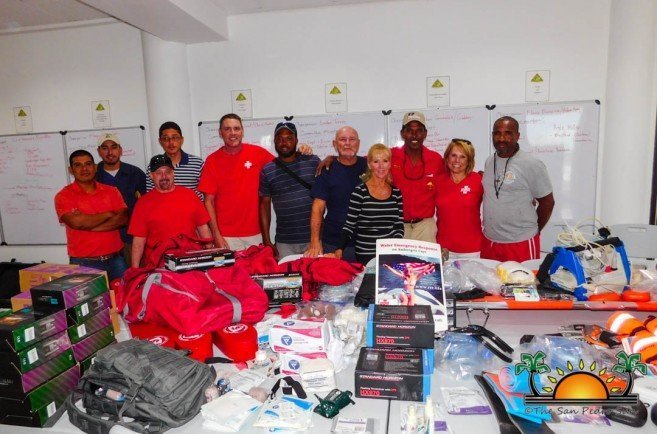 Rickilee Response & Rescue (Triple R Response) is a 501-3(c) charitable organization based in Houston, Texas, USA, that was formed in memory of Rickilee Mercer by Traci and Jim Curtin. Mercer was an American National, who was found dead on the leeward coast of Ambergris Caye on March 1, 2017. She was reported missing on February 28, 2017, after she had gone jet skiing around the area of Secret Beach. In June 2017, the Curtins initiated the Triple R Response program in hopes of organizing a program that coordinates community resources to respond to water emergencies. 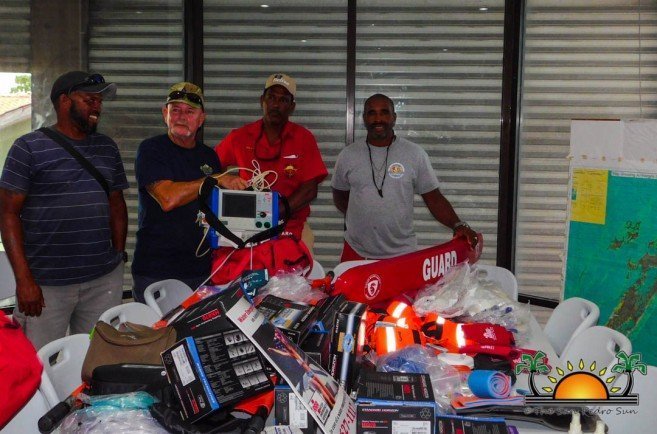 The donations were presented to The Triple R Response island team of the island by the Curtins. All the items donated were acquired via fundraisers in Houston, Texas, USA by Triple R Response. With this donation, each Triple R Response member will have a rescue/first aid bag on their boats. Each first aid bag consists of two-way radios, marine spotlights, marine flashlights, throw ropes, binoculars, neck collars, and first aid supplies. Also the team received Co2 concentrators, an Automated External Defibrillator, a support vehicle to help with transportation in emergency situations, and other medical equipment. 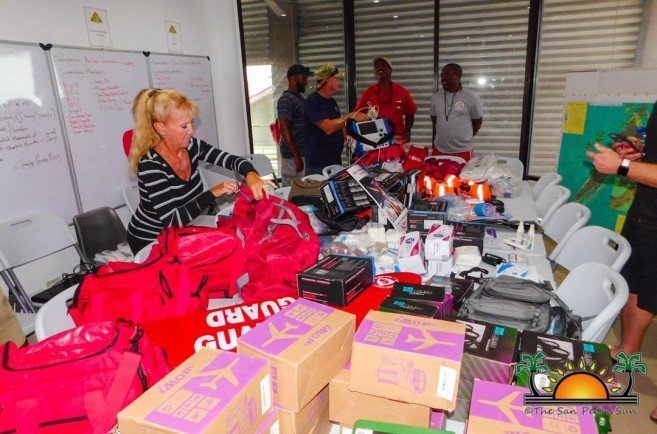 The Triple R Response team on the island is spearheaded by Chairman of the San Pedro Tour Guide Association Philip ‘Billy’ Leslie, who welcomed the donations, saying it will be used efficiently when it comes to water emergencies. The water emergency response team in San Pedro Town is made up of volunteers which include tour operators, tour guides, fishers, public officers among others.
Traci Curtin told The San Pedro Sun that she is very proud of the success the Triple R Response team has been having on Ambergris Caye. “We are proud of the progress of the Triple R Response has made in one year. We have established a team of willing volunteers, secured an emergency phone number answered 24-7, sectioned the island into key response teams and secured the support of local community and government leaders. We have had several calls that were responded to quickly and successfully,” she said. “The Triple R Response will continue to raise awareness about our team and our ability to effectively assist in water emergencies through local volunteers team members. We are proud to bring triumph from tragedy and help San Pedro become a safer place for the community as well as visitors.”

For emergencies, RRR can be contacted at 627-1117 on Ambergris Caye. The organization is strictly volunteered based and is always open to volunteers and donations. To find out more or to donate visit www.rrr.life or email [email protected]