The Embassy of Belize to the Republic of China (Taiwan) hosted a Press Conference today to unveil lanterns depicting elements of Belize’s Maya-Mestizo Heritage: the Lamanai Mask Temple, Deer Dance Festival, and Marimba. 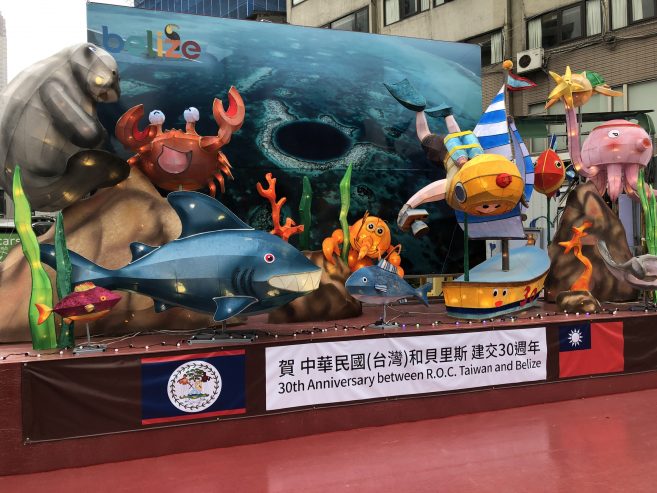 For the second year in a row, Belize will be participating in the Taipei Lantern Festival on February 8-16, 2020 and the Taichung Lantern Festival on February 8-23, 2020. The lanterns on display in Taichung will be depicting the Great Blue Hole as well as an array of species of marine life found in the Belizean Barrier Reef.
According to Chinese tradition, at the very beginning of a new year when there is a bright full moon in the sky, there should be thousands of colorful lanterns hung out for people to appreciate. The holiday is celebrated on the 15th day of the 1st lunar month (February 8). 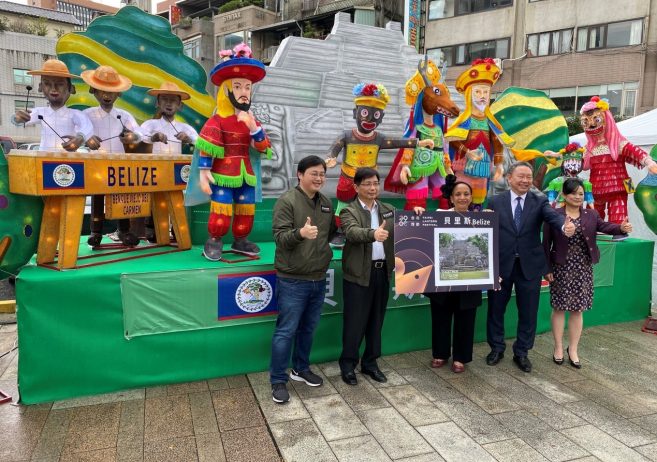 In her welcome address, Ambassador of Belize to Taiwan Her Excellency Diane C. Haylock stated that the Lantern Festival is a significant cultural event in Taiwan which millions of Taiwanese, residents of, and visitors to Taiwan partake in. Thus, having a Belize lantern in this Festival will afford the Embassy of Belize, Taiwan an opportunity to promote the country and create greater awareness about it amongst the many visitors. 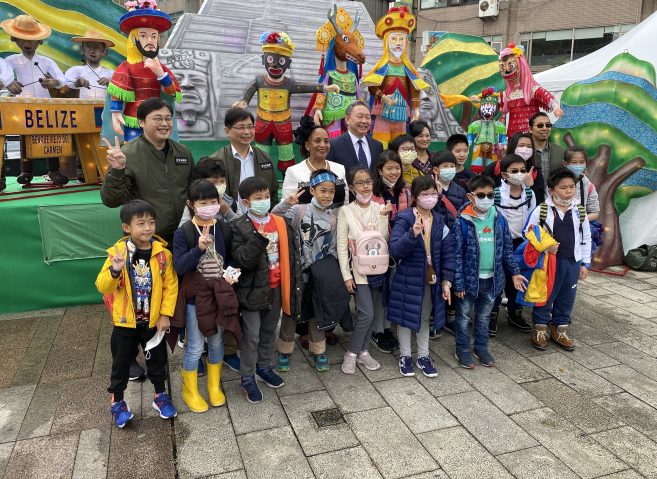 The Lantern Festival is expected to drive local economic growth and boost tourism. According to Taipei’s Department of Information and Tourism, about 8 million people attend the festival yearly to observe the various lanterns.
The participation of the Embassy of Belize in the Lantern Festival was made possible through financial and critical support from the Central American Trade Office, the Ministry of Foreign Affairs of Taiwan and the Taipei City Government.
In attendance at the Press Conference were H.E. Ambassador Alexander Yui, Director-General of the Department of Latin American & Caribbean Affairs and Mr. Chien, Deputy Secretary-General of Taipei City Government.