Three island fishers were charged on Sunday, April 26th, after they were caught with out-of-season and undersized conch, while another one was charged for possession of out of season and undersized conch and lobster. They were also charged for obstruction and engaging in commercial fishing without a valid fisherfolk license. The fishers, Edwin Flores, Andy Cob, Cesar Lima, and Elvis Hercules were detained in separate incidents on Saturday, April 25th, in a joint operation conducted by the Hol Chan Marine Reserve (HCMR) and the San Pedro Police Formation. They were arraigned at the San Pedro Magistrate Court on Monday, April 27th, where they all pleaded guilty and were levied fines totaling $9,660 in both cases. 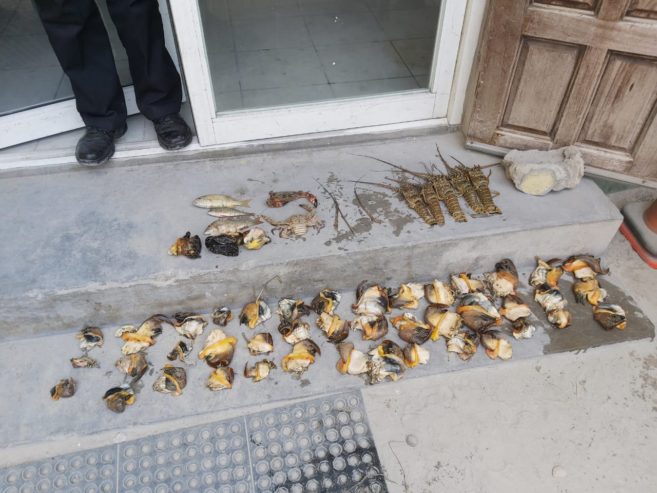 The first incident reportedly took place near the HCMR shortly after 9AM. According to Hol Chan’s Operation Manager Shalini Cawich, around 9:15 during their routine surveillance, their officer noted three individuals in the waters off the shore in the vicinity of Las Brisas dock. The fishers were monitored, and it was established that they were harvesting conch. 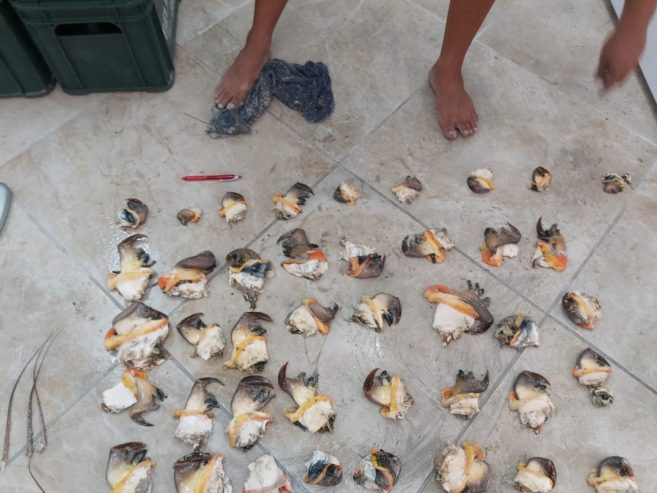 Hol Chan rangers were immediately dispatched to the area. The trio of suspects was intercepted, and they quickly disposed of the product into the sea and fled. The rangers retrieved the product from the water and found two sacks containing 40 unprocessed conch. With the assistance of the San Pedro Police, HCMR’s Quick Response Team (QRT) set chase for the offenders, who were later apprehended and taken to the San Pedro Police Station. 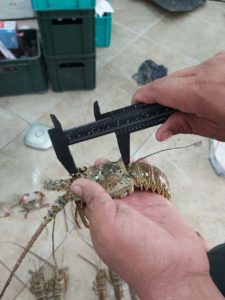 On the same day, at approximately 1:40PM, Cawich received a call from an HCMR officer, indicating he was in pursuit of an individual who was in possession of conch. Immediately the QRT was dispatched.

The suspect, Hercules, was by the Tres Cocos Area north of San Pedro Town and with the assistance of the police, he was intercepted and apprehended by the San Mateo Subdivision in possession of illegal catch, including lobster.

Hercules was fined $1,280 for the Possession of out of Season Conch and $1,255 for Undersized Conch. He was also fined $560 for Out of Season and Undersized Lobster, $155 for not being the holder of a commercial fishing license, and $2,005 for Obstruction.

The accused were released and given a period of time before starting payment of the fines. Failure to make payments will result in imprisonment at the Belize Central Prison.