« Older: After 18 years under a UDP leadership, San Pedro has a PUP Town Council; Wally Nuñez is Mayor
Newer: » More front liners, including the first police officer, gets COVID-19 vaccine on the island 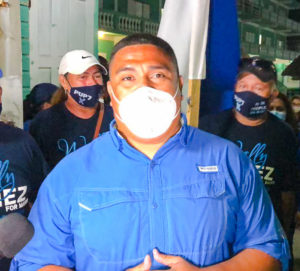 Moments after Gualberto ‘Wally’ Nuñez was declared Mayor-elect of San Pedro Town, the new mayor stated that one of the first things on his agenda is an audit of the town council.

One topic of concern raised by Nuñez and his People’s United Party (PUP) was the alleged sale of golf carts belonging to the town council. The PUP posted on their social media account what they claim to be proof of the transfer of town council golf carts to personal property just days before the March 3rd municipal elections. The allegations also coincide with documents showing members of the outgoing councilors (under the United Democratic Party) applying for golf cart permits.

Former Mayor Daniel Guerrero denied these accusations and indicated that all golf carts were still the town council’s property. Guerrero claimed that he lobbied the business sector for the golf carts used by the councilors, and they were apparently donated. He said that such assets would be available to the next administration. 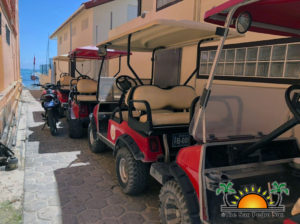 On Thursday, March 4th, a day after the municipal elections, the golf carts assigned to the councilors were parked in the alley next to the town council building. According to a press release, it is believed that the transfer of the golf cart titles was not finalized because the Ministry of Public Utilities and Logistics was asked to put a stop to such action. However, the new administration is determined to carry on the investigation/audit seeking justice for any wrongdoings.

Nuñez pledged transparency in his administration and noted that the people’s funds would be accounted for under the new PUP town council. The San Pedro Sun will continue to follow this developing story.