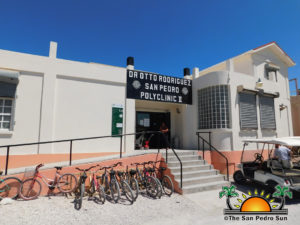 A 38-year-old woman suddenly passed away on Tuesday, September 14th, while she was reportedly waiting for medical attention at the Dr. Otto Rodriguez San Pedro Polyclinic II. The woman, identified as Vanessa Hall, was confirmed to be infected with COVID-19 and reliable reports indicate she was unvaccinated.

According to a report, police were advised of the death and visited the polyclinic, observing her lifeless body in the emergency ward. The investigation revealed that Hall, a resident of the San Juan Area, arrived at the polyclinic around 7AM to see a doctor. She was sitting in the waiting area when she became unresponsive and was taken to the emergency ward. At around 7:49AM, Hall was pronounced dead by Dr. Aneiros. The police report indicates that she had no sign of injury, and when a rapid test for COVID-19 was conducted, it came back positive. It was also noted that the patient also had a pre-existing condition.

Hall was ill from the day before

On Monday, September 13th, at about 4PM, Hall was at the clinic complaining of abdominal pain, fever, chills, bloating, and a cough she had for the past three days. After being attended to by a doctor and given medication, she was told that some blood work was needed. Hall was advised to return later in the day. It is unknown if she went to the laboratory for the requested blood work.

Hall returned on Tuesday and suddenly passed away in the waiting area of the health center. A reliable source indicated that there was no record of her receiving any dose of the COVID-19 vaccine.

Letter to the Editor: SPBA