When the Prime Minister of Barbados, Mia Amor Mottley, visited San Pedro Town for the 33rd Inter-Sessional Conference Meeting of the Conference of Heads of Government of CARICOM early in March, she was impressed with the genuine and warm hospitality of Belizeans. On the occasion of Women’s Month, Mottley, an iconic Caribbean leader, addressed the women of the Belize Police Department, highlighting the experience with Belmopan City Sergeant Lisa Jones, whose conduct as her close protection officer during the CARICOM conference was deemed exemplary. 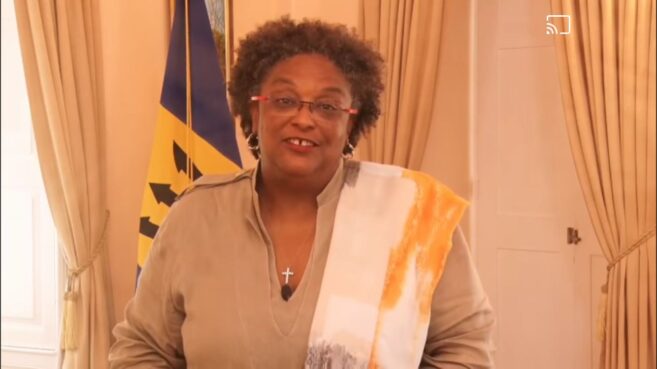 Mottley sent the positive message to the female members of the police force via a video message on Friday, March 25th. “It is impossible to say no to an opportunity to extend greetings to the women of the Belize Police Service,” said Mottley. “This month, you celebrate the achievement of women.” On Friday, female officers were given a day of rest to highlight their contributions to the force. Mottley added, “No doubt well-earned in a profession that across the globe is still very much male-dominated. As a woman who understands first-hand the struggles we have endured for centuries and laments that despite gains for too many of us, the fight is still a daily occurrence, I salute you.” Mottley called on women, particularly those serving in security forces in Belize, to not give up, to represent their cause and defend their honor, and continue to execute their duties with professionalism and dignity. 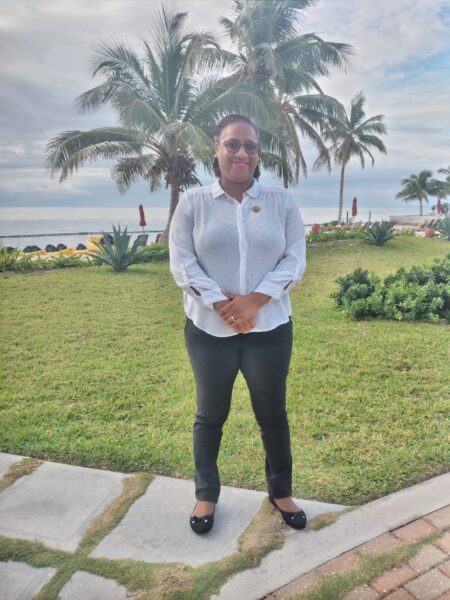 Mottley sincerely thanked Sergeant Jones and acknowledged her. “If her performance is representative of the women of the Belize Police Service, then my friends, your future is indeed bright,” she said. Jones shared with The San Pedro Sun that she was excited upon receiving the encouraging words. “I was filled with many emotions,” Jones said. “As the person detailed to provide close protection for her, it was an honor I will hold dear to my heart. Prime Minister Mottley is an inspiration to many women across the globe and to be recognized and acknowledged by her means a great deal for me.” Sergeant Jones thanks Mottle for noticing her exemplary work. To the Belize Police Department women, Jones encourages them to continue the hard work and achieve their goals. 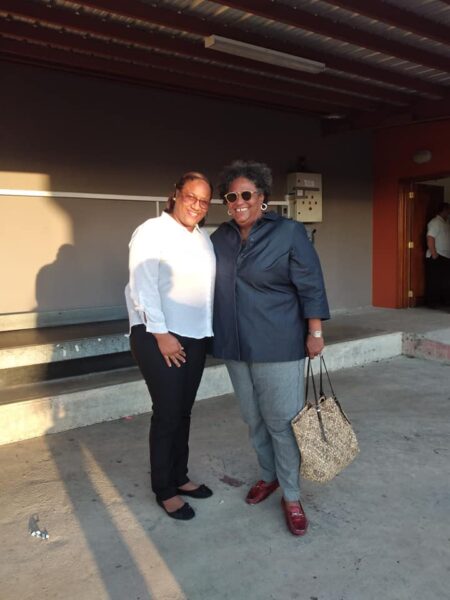 Mottley, 56, is highly admired for how she has been governing Barbados since she was elected in 2018 under the Barbados Labour Party. She adopted the republican movement, which saw Barbados parting with the British Monarchy, and became a republic in November 2021.

While in Belize, her participation in the Conference of Heads of Government of CARICOM was deemed very influential. At the end of the historic event, she was assigned to head a CARICOM Economic Recovery and Transformation Committee to review recommendations on programs that could benefit countries in the Caribbean region. A regional team of experts is devising this committee.