A better relationship when addressing issues affecting the region was the focus at the 33rd Inter-Sessional Meeting of the Conference of Heads of Government of the Caribbean Community and Common Market (CARICOM). The high-level summit, held from Tuesday, March 1st to Thursday the 3rd in San Pedro Town, Ambergris Caye, included a joint meeting on its last day with government leaders and representatives from the Central American Integration System (SICA). 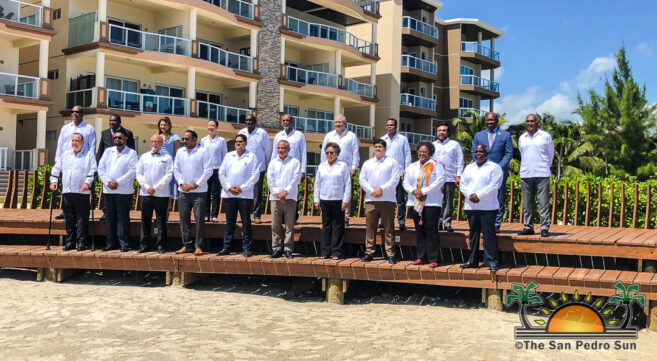 The Honorable John Briceño, Prime Minister of Belize, presided over the proceedings as part of his CARICOM chairmanship. Briceño officially opened the summit on Tuesday and welcomed CARICOM leaders from the Bahamas, Barbados, St. Kitts, and Nevis, Guyana, Dominica, Grenada, Haiti, St. Vincent, the Grenadines, Trinidad and Tobago, British Virgin Islands, Turks and Caicos, and the Secretary General of CARICOM Dr. Carla Barnett along with representatives of the Caribbean Development Bank, Caribbean Development Fund, and Caribbean Climate Change Community Centre. 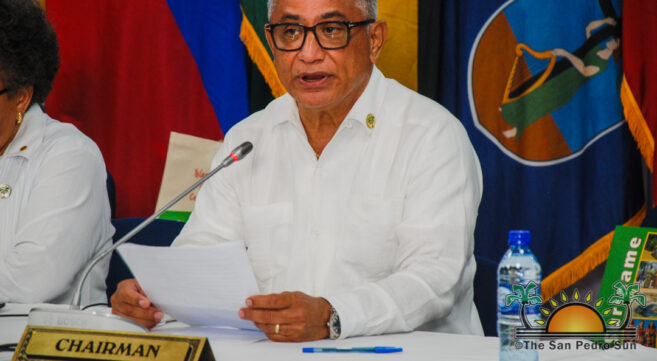 CARICOM Secretary General Barnett remarked that the community of more than 49 years had been bound together even in times of adversity. According to her, as CARICOM celebrates its 50th anniversary, it must use its achievements as the foundation for building a resilient Caribbean community. CARICOM’s past Chair, the Honorable Gaston Browne, Prime Minister of Antigua and Barbuda, said that the Caribbean community must continue to be vigilant in managing the threats to sustainable development, including de-risking the proposed global minimum corporation tax and sanction-listing, among others. Prime Minister Briceño stressed that integration and working together is the only way countries in this region can solve the issues affecting them. 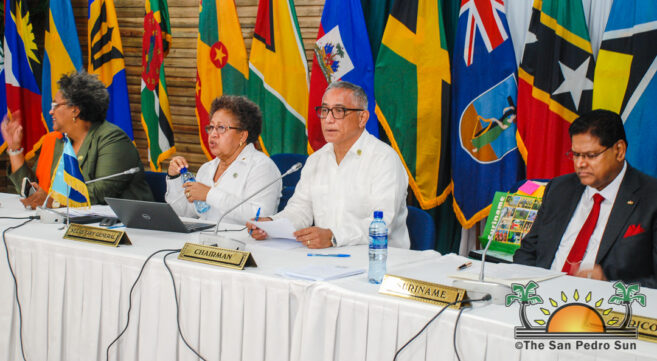 The topics discussed and sessions

The topics discussed in the agenda included climate change, COVID-19, the Russian invasion of Ukraine, regional security, the CARICOM Single Market and Economic Advancement (CSME) program, the situation in Haiti, and the CARICOM agri-food systems. At the end of the CARICOM meetings in the first two days, COVID-19 was emphasized, with vaccinations being one way to live with it. In his closing speech, Briceño stressed that this would enable lagging economies to re-open and expand. Another agreement reached is the use of the CSME to empower the region. Barbados Prime Minister Mia Mottley will head a CARICOM Economic Recovery and Transformation Committee to review any recommendations. Suriname President Chandrikapersad Santokhi will lead an industrial initiative to produce more local food. The heads of government also agreed to modernize current production methods, including digitalization and greater use of technology, human resource development, youth involvement, research, and development. One of the highlights is when Guyana offered 25,000 acres of land to facilitate corn and soya production labor training in constructing shade houses to increase agricultural productivity and output. Suriname also offered land for agricultural production, and the leaders undertook efforts to remove all non-tariff barriers of intra-regional trade. 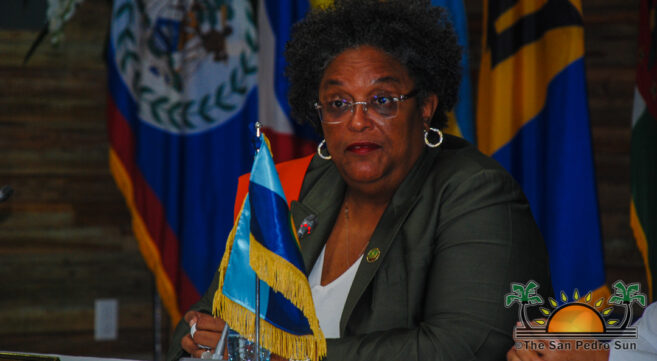 Discussions touched on how to help Haiti, and a group from CARICOM plan to visit that nation to make recommendations. In climate change, they plan to continue in the mitigation and demand that developed countries help in the fight to address the problem, an issue created by rich industrialized nations. The idea is to also get more concessions from these developed countries at the next Climate Change Conference to be held later this year in Egypt. At the closing of these meetings, it was announced that Suriname President Santokhi will assume the CARICOM chairmanship in June of this year. 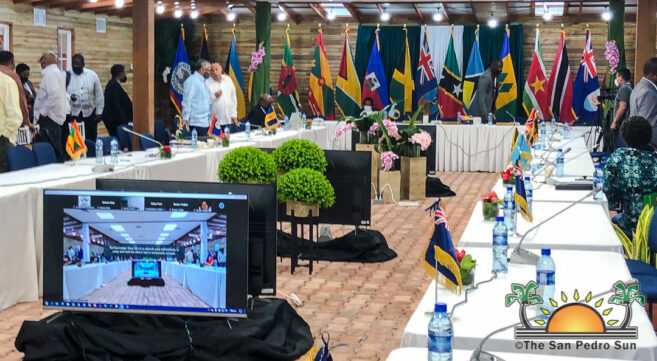 On Thursday, SICA representatives/leaders joined their Caribbean counterparts at the end of the summit. Among them was Guatemala’s president Alejandro Giammattei, Vice President of El Salvador Felix Ulloa Jr., and President of Costa Rica Carlos Alvarado. Briceño welcomed the Central American colleagues and reminded them that their partnership must be strategic and deliver more to the people in the region. Briceño invited everyone to come together and help each other overcome obstacles and succeed. By working together, it will allow everyone to reach their collective potential. 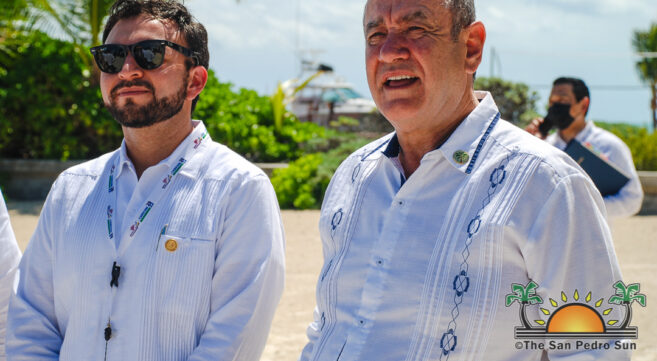 The summit adopted a joint decision called Declaration of San Pedro, which demands commitments to strengthen foreign policy, consultation, collaborate on socio-economic development projects, tourism, trade and investments, and work together to battle against climate change, health, and food security other topics. The morning session also included the virtual presence of the United Nations Secretary General Antonio Gutierrez and President of Argentina Alberto Fernandez. The meeting on Thursday lasted until midday when all participants walked to the beach at Grand Caribe Resort for a photo op. 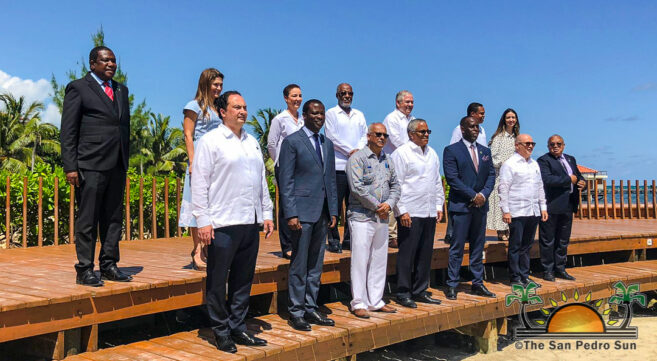 Among the government leaders and representatives supporting the Declaration of San Pedro was Guatemalan President Giammattei. He said that it is a very interesting initiative to come together and be one strong voice as CARICOM and SICA, to demand industrialized countries to do more to remedy climate change.

The CARICOM-SICA summit was deemed successful and an extraordinary opportunity to further strengthen ties with the Caribbean and Central American regions. The CARICOM-SICA countries have contended with the worst economic recession in modern history. Therefore, the path to recovery should be aligned with a new regional plan that creates prosperity for the countries involved and their people.