Belize is hosting the 33rd Inter-sessional meeting of the Conference of Heads of Government of CARICOM in northern Ambergris Caye as part of its chairmanship. On Tuesday, March 1st, Prime Minister Honourable John Briceno officially opened the summit, which will end on Thursday, March 3rd, with the joint session with the Central American Integration or SICA leaders. The discussions will range from climate change, COVID-19, regional security, and the CARICOM Single Market and Economic Advancement. The Russia-Ukraine conflict will also be discussed. 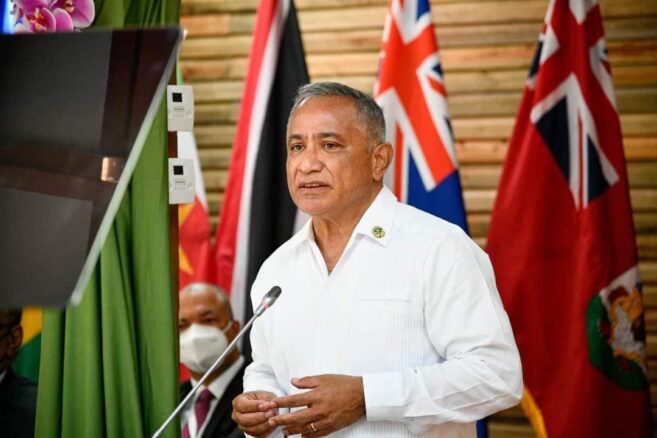 The opening ceremony included remarks from CARICOM Secretary General Dr. Carla Barnett, outgoing CARICOM Chairman, Prime Minister of Antigua and Barbuda, Honourable Gaston Browne, and current Chair, Prime Minister Briceño. Briceño noted how climate change affects Ambergris Caye, pointing out the main problem of erosion and the bleaching of coral reefs. He said that although the pandemic hit the tourism industry hard and crushed Ambergris Caye’s economy, the island and Belizeans across the country have shown how resilient they are. In coastal areas and cayes, beach reclamation projects and coral restoration projects are ongoing. “We are adopting and mitigating,” he said. He also condemned the Russian invasion of Ukraine and spoke about the region’s economic crisis. Prime Minister Briceno stressed that integration, working together, is the only modality countries in the region have to overcome any obstacles. 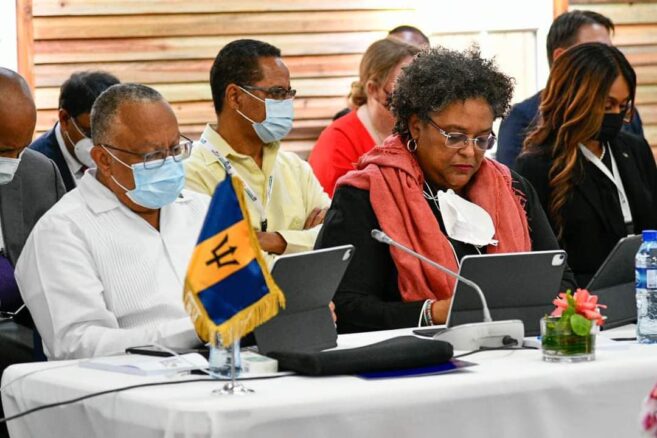 After the opening ceremony, private discussions occurred between the different parties throughout the day. Other topics to be discussed include the political impasse in Haiti. The CARICOM Agri-food systems agenda will be another important discussion during these two days. The different CARICOM leaders are also looking forward to meeting with representatives from the private sector, labor, and civil society.