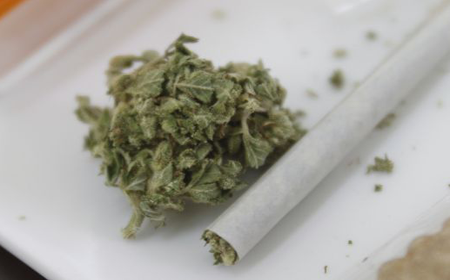 Although the Cannabis and Industrial Hemp Control and Licensing Bill of 2022 to legalize the recreational use, commercial production, and sale of cannabis (marijuana) in Belize was passed in the National Assembly, the Council of Churches is fighting for a referendum on the topic. Close to 20,000 signatures have been collected countrywide to meet the 10% threshold and force the government to hold a referendum legally. On Thursday, April 28th, Pastor Louis Wade of the National Evangelical Association of Belize said that on Tuesday, the documents containing the signatures would be presented to Governor General H.E. Froyla Tzalam in hopes for a referendum to be called.

The document with the signatures will be delivered by Senator Moses Benguche, Bishop of the Methodist Church and head of the Belize Council of Churches. This effort to trigger a referendum has met many hurdles from the government. The administration argues that it is too late to hold a referendum because it has already been passed in the House of Representatives and the Senate. The churches, however, believe the population should be consulted in this matter of great interest to the nation.

As the battle seemed an uphill task, the Bar Association of Belize recently commented on the matter. The association said the churches had not missed any deadlines. In requesting a national referendum from the churches, the Bar reiterates that 10% of the registered electors must sign a petition to trigger this move successfully. Once presented to the governor general, it will then be given to the Chief Elections Officer. The elections officer verifies the signatures, and once the threshold is met, the Executive (prime minister) is legally bound to proceed to referendum.

However, the Bar pointed out that the referendum results are non-binding, and government can still move forward with legalizing marijuana without holding the requested referendum. The voting results are to advise government and if they fail to abide by the decision of the people in case the vote is a ‘No,’ the issue can be considered a political case.

Pastor Wade said they welcomed the statement from the Bar Association. “The referendum is in fact, part of an open democratic system,” he said. “The church is very much thankful to so many members of the general public, who have joined in with the church to call for a referendum.”

On Ambergris Caye, the views are mixed. Some island residents believe it will boost tourism if the new legislation is regulated correctly. Others say that if it is for medicinal purposes, they welcome the move to legalize it. Then you have the portion of the population that believes the legalization of this drug could stir more crime, distract the youth and destroy people’s lives.

The referendum news will be confirmed after the governor general, and Elections and Boundaries vet the request. As this event is announced, we will bring you another update.

Ambergris Caye and the region once again threatened by Sargassum bloom