An adult crocodile, measuring nine feet in length, was captured on Wednesday, August 31st, near a guest house in Caye Caulker Village. The wild animal was safely removed from the area with the assistance of the Fisheries Department. The crocodile was later transported to Ambergris Caye, where ACES Wildlife Rescue assisted with relocating the crocodile. 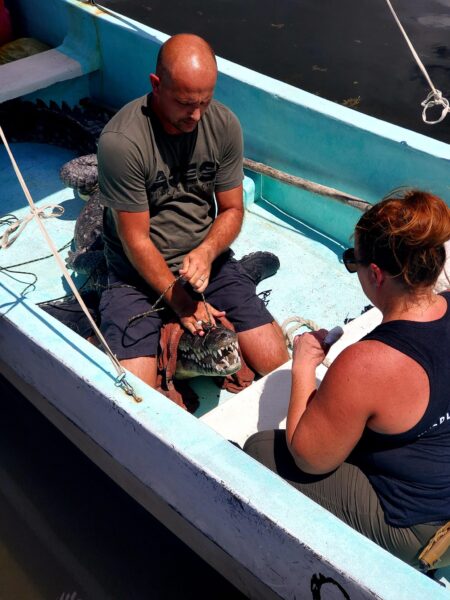 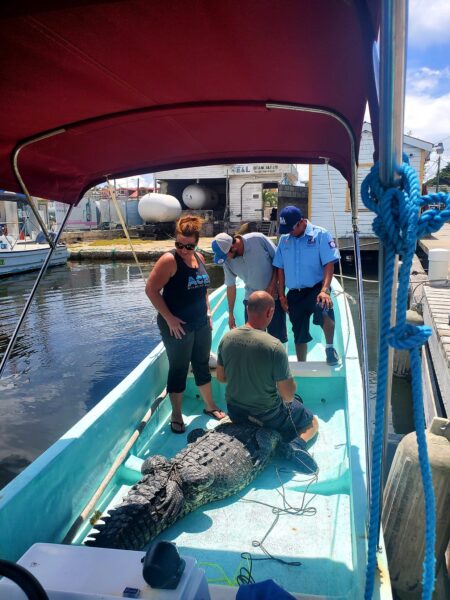 ACES Wildlife Rescue assisted the fisheries officers with the release of the animal. According to ACES, he was new to their database; thus, he was tagged and released at an unspecified location. They noted that the crocodile might return to his point of origin, or at least to the general area. ACES explained that crocodiles are territorial, most of the time, they find their way home, and relocation is rarely a long-term solution to the human-crocodile conflict. The wildlife rescue organization advises those living in close proximity to crocodiles to seek long-term coexistence measures to ensure safe cohabitation. ACES can be reached for advice on what steps to take and achieve this balance of coexistence with wildlife. 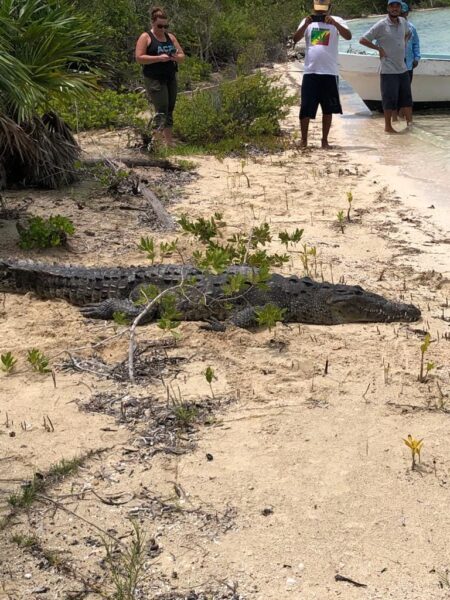