Traceability for sustainable fisheries is the new marketing catch-phrase for the National Fishermen’s Cooperative, which has now implemented the use of TALLY software from ThisFish to give buyers complete knowledge of the origin of their seafood. The Fisheries Department and The Nature Conservancy have partnered with the Coop to use this digital system to monitor the harvest of lobster, conch and other fish to avoid overfishing, and ensure the maturity of the product that is harvested. The three partners introduced the new system to the media with a tour of the Cooperative’s processing plant in Belize City on Friday morning, February 8. 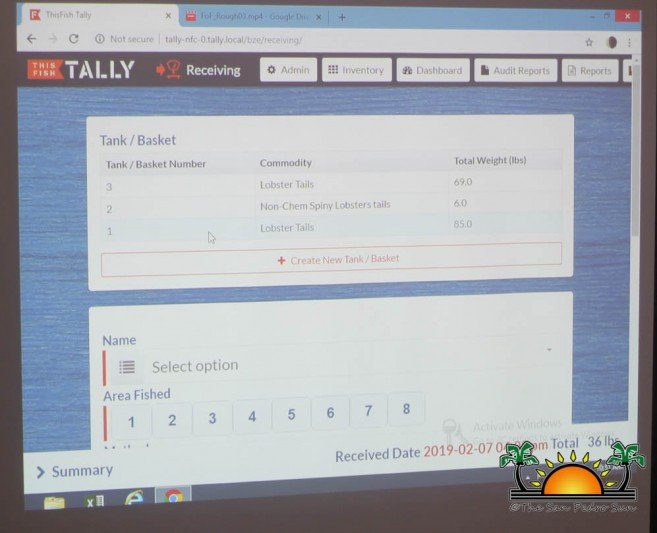 The new software produces a QR code which the Coop now attaches to each box of its products, which a consumer may scan with their smartphone in the supermarket in the United States or Europe. They can instantly access all the information about the fish: wherein the sea, and when it was caught, to the fisherman on whose boat it was brought ashore, to the way it was processed, packed, frozen and shipped, and that it conforms to international CITES standards for sustainable harvesting, from boat to plate and fork! On Friday, the Coop’s plant manager Eden Leon showed the media how they use the TALLY software installed on a Samsung tablet to digitally record all the information about the fish as it is received at the boat dock. 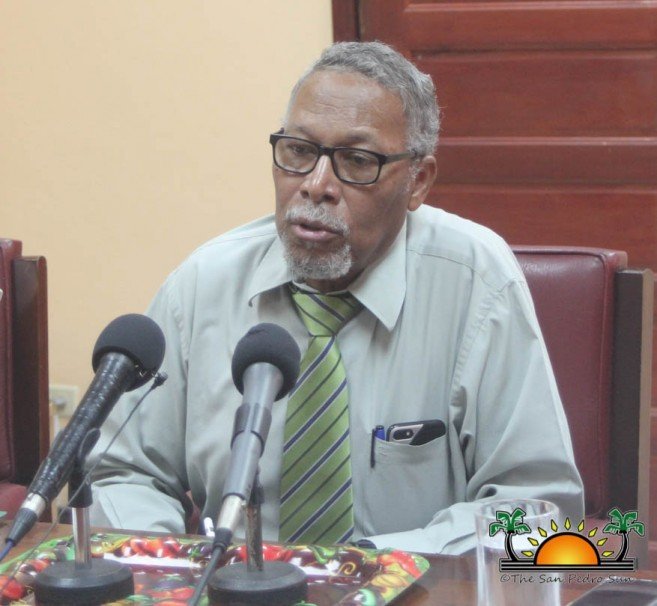 Minister of Agriculture and Fisheries, Hon. Senator Godwin Hulse congratulated the National Fishermen’s Cooperative on pioneering this new technology, as Belize is the first country in the Caribbean region to be introducing this system, leading the way to achieve a better quality product, and ensuring sustainability to enter new, niche markets for greater profitability! Discerning buyers want to know that their food is safe, Hulse noted, and that the food was produced in a way that is sustainable and in harmony with the environment. The TALLY system gives them that assurance. He said the ministry has already implemented a similar system for cattle, to assure buyers that their beef is healthy and organically grown. 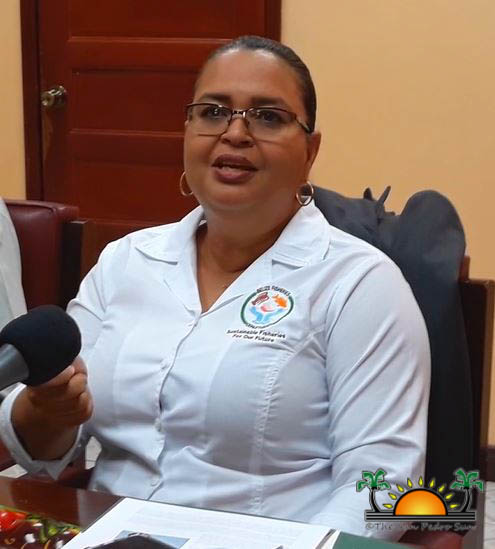 Fisheries Administrator Beverly Wade said the new TALLY system is important to sustainable fisheries practice and management, and will soon become the standard. By sharing the data, the Coop helps government authorities for better enforcement and sustainable policies. She said the new system is the result of a six-year strategy to achieve sustainability to secure the livelihoods of the fishing community, who are some of the last grass-roots workers in Belize. The industry supports over 3,000 licensed fishermen and their families – over 15,000 people. Fisheries are important to the Belizean economy as the fourth largest foreign exchange earner, and the quality of our seafood and the preservation of the pristine beauty of the marine environment are both important to the tourism product Belize offers to invite visitors to come to Belize. 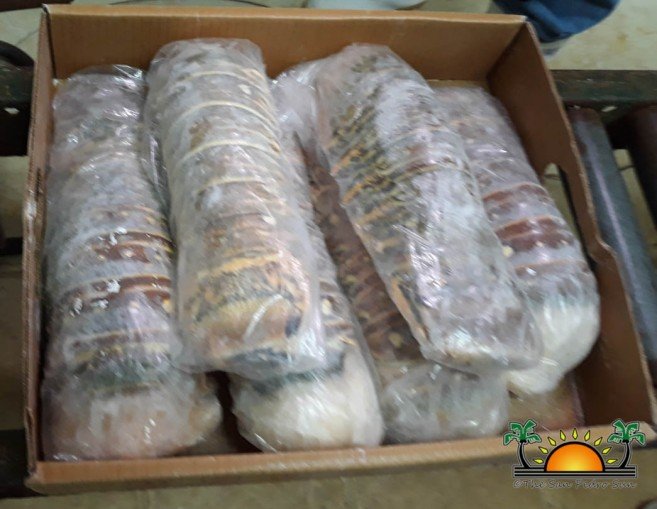 The new TALLY system shows the world that Belizean fisheries are an honorable industry. The National Fishermen’s Cooperative was established on April 7, 1966, and Wade noted that it was the cooperatives that led the way to commercialize the export of Belizean fisheries products to become an important money earner. Fisheries produced USD$35 Million in 2018, of which $12 Million was conch exports, and $16 Million was lobster exports. 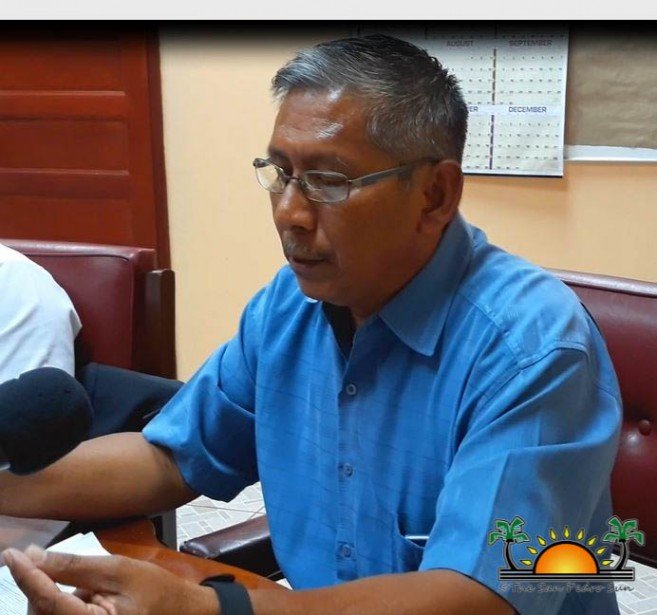 The Cooperative’s chairman Paulino Elmer Rodriguez expressed his satisfaction at achieving this milestone in the Coop’s development for better business practice, in an environmentally sustainable manner. Elmer has been fishing for over 39 years, from when he was a boy on his father’s fishing boat and has served on the Co-op’s Board of Director’s for 25 years. Traceability also makes for greater profitability, chairman Rodriguez affirmed. The search for better prices has led the Coop to Hong Kong, to which the Coop now exports live lobster, at premium prices 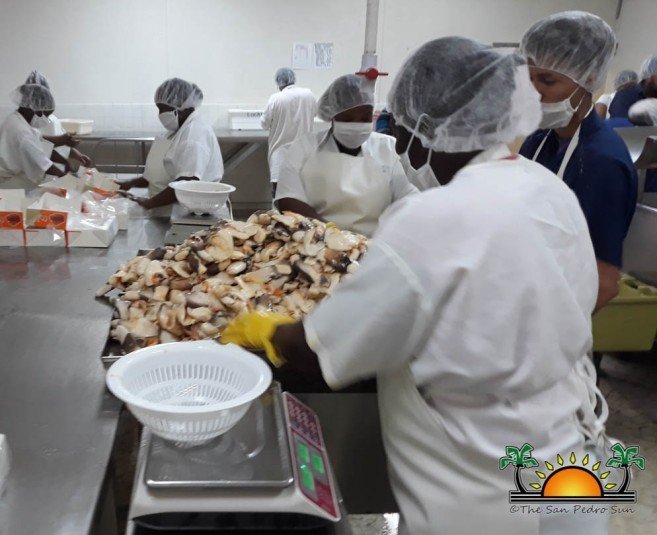 This first phase is just baby steps for the Cooperative, chairman Paulino Elmer Rodriguez admitted, as their long term plan is to upgrade their processing plant with solar energy to increase their efficiency and earnings, to improve services to members; as the Coop also provides scholarships for the fishermen’s children. The Coop also plans to upgrade its fishing fleet to meet the European Union’s phytosanitary standards. Being able to export to the E.U., where fisheries products fetch double the prices currently earned in U.S. markets, would allow the Co-op to double their earnings without having to increase their production, without over-fishing. 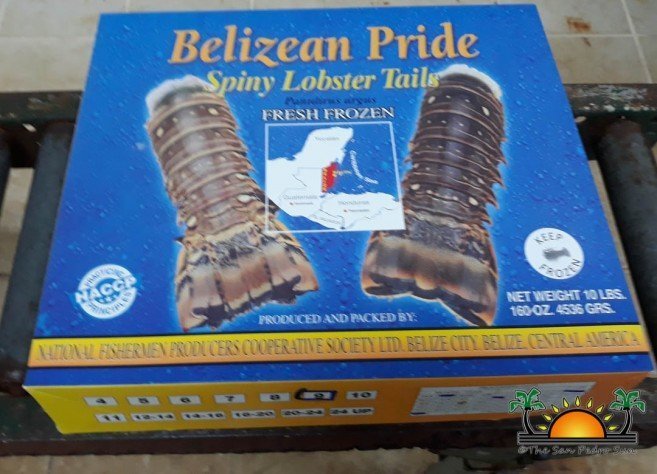 The E.U. is readily accessible, Europe is across the Atlantic, but Martinique and Guadaloupe are part of the Republic of France, the E.U. is right here, accessible on the other side of the Caribbean, once our product meets their health standards. Rodriguez admits this will also require some long term investment in the processing plant, which must be upgraded to all stainless steel processing tables and utensils, the entire plant must be able to be cleaned and sanitized by steam, and all the fishing boats must have onboard toilets 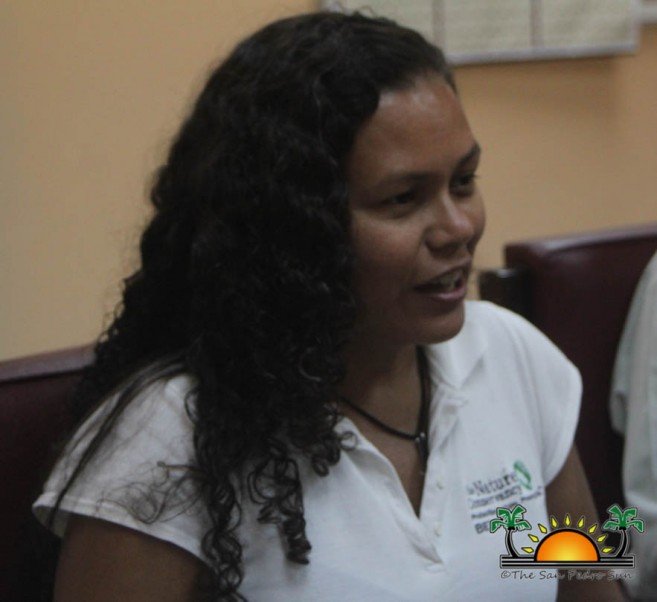 Julie Robinson, the Nature Conservancy’s lead strategist for Belize oceans, said the new TALLY system for digital tracking of fisheries products makes for stronger accountability and transparency and was implemented within the framework of the Resilient Central America (ResCA) project. It will also help the Coop to improve its earnings by branding Belizean seafood as sustainably harvested, which will help to enter niche markets, with buyers who will pay more! The United States Department of State is leading the four-year ResCA project, in collaboration with The Nature Conservancy and AgroLAC 2025, to promote healthy and productive ecosystems by achieving food security and resilience to climate change.