On Friday, May 9th, San Pedro Police responded to an attempted robbery incident at Bowen and Bowen Distributors located on Blake Street. Initial investigations revealed that around 12:20PM three male persons carrying firearms and with their faces covered, accosted the on-duty security officer demanding money. 23-year-old, Alvaro Luis Tun reported to police that the men started shooting wildly in the general area, causing employees to run for cover. The attackers tried to open the glass door to access the distributors’ office but it was locked, so they fired several shots at the door causing it to shatter. Security guards returned fire, causing the attackers to flee the scene into nearby bushes before San Pedro Police could arrive. 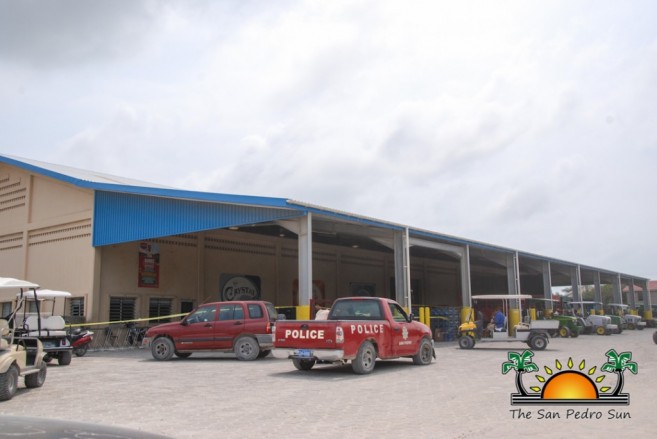 According to Officer in Charge of San Pedro Police, Superintendent Luis Castellanos, no one was injured and nothing was stolen. “The men fled into the nearby area after shooting, and no one was hurt. Luckily a security officer was able to identify one of the attackers and police are now searching for that suspect,” said Castellanos.

Ten expended shells were recovered from the scene, and statements were taken from the employees. Police are not yet releasing the identity of the suspect, but they are continuing their investigation and are actively searching for the armed suspect. As of yet no one has been detained in reference to the attempted robbery. Police are asking that any person with information that may lead to an arrest to report it to the police station or call phone number 206-2022. Those wishing to remain anonymous may do so by calling Crime Stoppers at 0-800-922-8477.