Home » Crime » Crime & Violence » Taxi driver murdered in broad daylight, his van was to be used in a robbery

Taxi driver murdered in broad daylight, his van was to be used in a robbery


Three men are in police custody following the daylight execution of a taxi operator in San Pedro Town, Ambergris, Belize. The victim is 42-year-old Jose Rigoberto Beltran, of an Escalante Area address. He was discovered sometime after 10AM on Tuesday April 28th, with a single gunshot wound to the back of the head inside his cab in a bushy alley at the end of Jewfish Street in the San Juan Area. 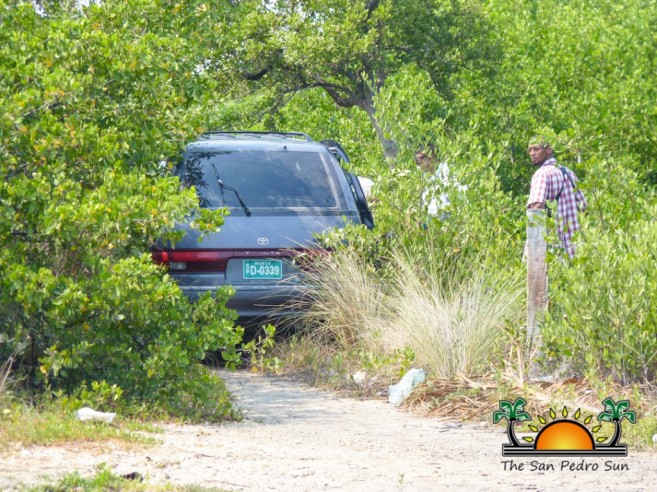 A neighbor in the area told The San Pedro Sun that shortly around 10AM, they heard a sound like a firecracker but did not see anything strange. The neighbors said that they still decided to call the police, since the station is just a few hundred feet away from the area. One neighbor said that while in the process of calling the police, they saw a dark-skinned male with a team of Coast Guard officials in the area. Despite the fact that he was bleeding from scrapes, Coast Guard officials released the person and it was not until further checks of the area that authorities discovered the van in the bushes. 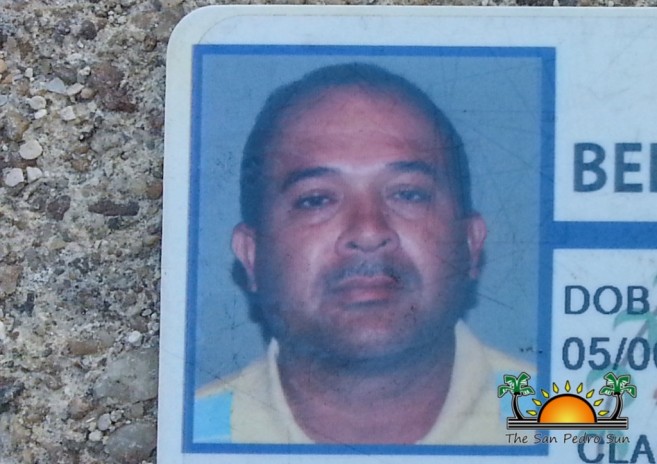 Head of the Coastal Executive Unit, which includes San Pedro Police, Senior Superintendent of Police Edward Broaster, indicated that when authorities inspected the van, they discovered Beltran’s body slummed over behind the driver’s seat, with a single gunshot wound to the head. “The taxi driver was bound by his feet. We also recovered the boat used and recovered some apparel that was used by the suspect in the San Mateo Area… the boat was used by the suspect to make good their escape.” 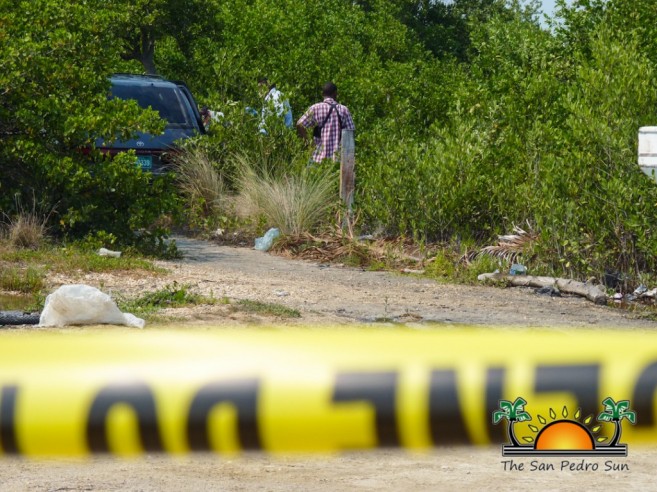 The San Pedro Sun understands that police have reviewed surveillance footage from a financial institution that shows when the taxi cab was boarded, which pointed investigators to a quick lead. Broaster would not discuss if indeed they have reviewed surveillance footage, but explained that their investigation has seen some early but positive results. “We’ve determined that there were three main suspects involved in the shooting…we are looking for two more. As part of our investigation, we have detained a total of three people, one of whom is our main suspect,” indicated Broaster. 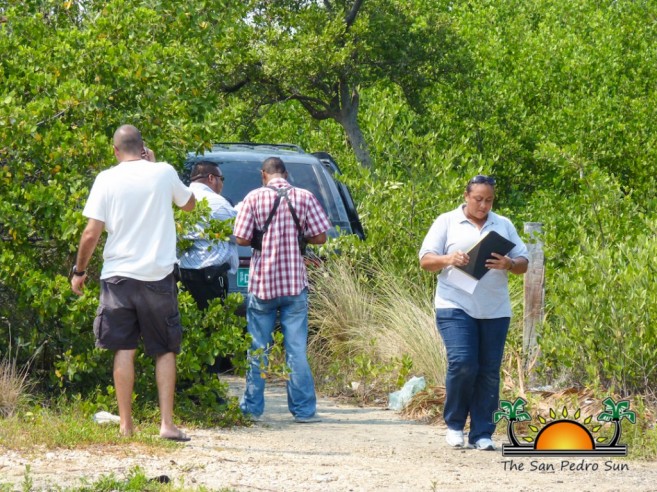 While police would not go into details regarding the motive for the murder, Broaster indicated that the perpetrators were planning a robbery. “The investigation that we are carrying out will reveal what transpired between the time the culprits went and got the cab, to the point where they got to the location where the van was found. We know for sure that there was a boat, which we have in our custody that was utilized to flee from the area. The information we are receiving is that the taxi would have been used to commit a robbery. We are investigating the information as to where the robbery would have taken place.”

By the time Scenes of Crime personnel got to process the area almost four hours later, family members of Beltran and colleagues from the various taxi associations on the island gathered in the area. According to the victim’s brother, Carlos Isais Beltran, they both spoke shortly after 9AM before the two left their home to do their usual taxi runs. “I know him as a hardworking person and we had a very good relationship. We are all in shock over this news. He was happy when he left home because he was sending some money for his children who are living in Belmopan. The family is all sad because we were never expecting news like this” said a very broken Carlos Beltran.

While authorities are seeking two more suspects, police are preparing a case file and expect that charges will follow before the end of this week. Meanwhile, the body of Jose Rigoberto Beltran has been transported to the morgue in Belize City awaiting a post mortem examination scheduled for later this week. Beltran was the father of two children and has been a taxi operator on the island for many years.