San Pedro Police have laid charges on three men for the murder of 42-year-old Jose Rigoberto Beltran. Following investigations after discovering Beltran’s body inside of his taxi vehicle, police detained three men believed to have orchestrated the murder. Those three men are 23-year-old Luis Campos, 19-year-old Mark Arzu and 18-year-old Santos Garcia who were jointly charged on Thursday, April 30th with one count of murder and one count of conspiracy to commit murder. Beltran was killed by a single gunshot wound on Tuesday, April 28th. 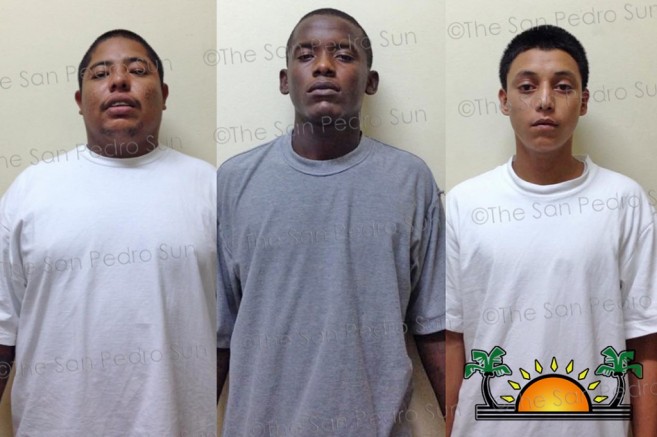 From left to right: Campos, Arzu and Garcia

Officer in Charge of Police, Assistant Superintendent Henry Jemmott indicated that police had sufficient grounds to charge the men, as there were both witness reports as well as incriminating evidence. He also confirmed that the motive of the murder was to use Beltran’s cab as a getaway vehicle in the planning of a robbery.
All three men have been arraigned at the San Pedro Magistrate Court and remanded to the Belize Central Prison until June 2015 for their first court hearing.