An 18-year-old Salvadoran illegal immigrant has been arrested and charged for assaulting two women. The culprit is Fabio Hernandez Cuellar, who attacked a 70-year-old woman on Monday, November 16th and a 21-year-old woman on Thursday, December 10th, injuring both of them in attempts to rape them. Hernandez Cuellar was captured during the second attempt and after a positive identification from both victims, he was charged by San Pedro Police for Attempted Rape, Grievous Harm, Aggravated Assault and Wounding. 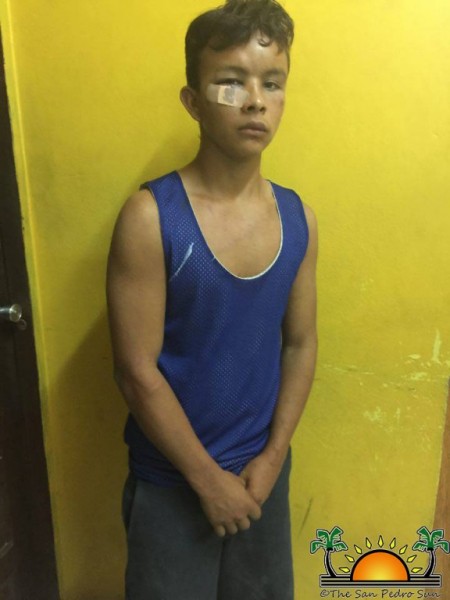 In the first incident, Hernandez Cuellar had violently assaulted Josephina Hernandez on Coco Plum Street on the San Marcos Area while she made her way home. Hernandez reported to police that on Monday, November 16th at around 9:30PM a male individual drug her into an empty bushy spot where he began attacking her. She received punches to her face and legs, and she lost consciousness. Upon regaining consciousness, she noticed her blouse was torn and her underwear missing. At that time police started a man hunt for the culprit which wielded little results.
In the second incident, Jenny Hernandez was attacked on Thursday, December 10th at around 10:25PM also while heading home in the Escalante Area. Fortunately, the victim’s husband came to her aid and fought off the attacker. Police then arrived to the scene where they detained Hernandez Cuellar.
Deputy Coastal Executive Officer, Assistant Superintendent Henry Jemmott indicated that after capturing Hernandez Cuellar, both victims were called to identify him. Jenny Hernandez was first to positively identify him and for that incident, he was charged with one count of Wounding. An ID parade was then conducted where Joshepina Hernandez again positively identified him. For this incident Hernandez Cuellar was charged with one count of Attempted Rape, one count of Grievous Harm and one count of Aggravated Assault. Hernandez Cuellar was denied bail by the San Pedro Police and remanded to the Belize Central Prison where he will await his first court hearing on February 15, 2016.
Jemmott has also indicated that Hernandez Cuellar is in Belize illegally, and as such, he will be prosecuted by the Immigration and Nationality Department as well.