The Professional Standards Branch (PSB) has launched an investigation into the excessive use of force against civilians by two police officers attached to the Quick Response Team (QRT) at the San Pedro Police Formation. The incident has caused outrage among island residents and thousands of Belizeans across the country. The QRT officers, P.C. No 1919 Samir Medina and P.C. No 2287 Tyrell Rowley are seen in a video shared on social media detaining three young men (brothers Justin, Mario, and Jamir Leal) outside of Playa Bar and Grill in the Boca del Rio area on Tuesday, January 1st, attempting to control a brawl that started inside the establishment.

Rowley is seen beating 20-year-old Jamir with a baton and then kicking him on the head while he was subdued on the ground. Rowley also retrieved his service weapon to disperse the crowd, while the business proprietor, Aldo Marin, stomped Jamir on the head while he lay unconscious. All three brothers were then taken to the San Pedro Police station where they spent the night. 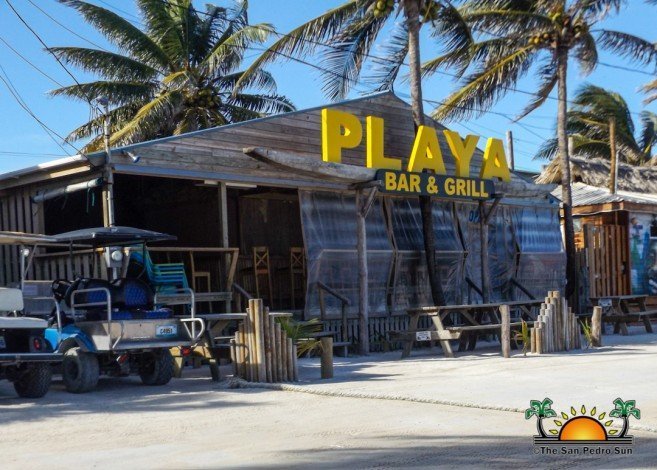 As a result, both officers have been put on a seven-day suspension pending both criminal and internal police investigation. Meanwhile, the Leal brothers have been released from prison without charges, but the incident reportedly left Jamir with several injuries from the beating.

In speaking with the Officer in Charge of the Coastal Executive Unit, Superintendent Reymundo Reyes, he denied the allegations that one of the brothers, Jamir, is in critical condition. Two of the brothers, Mario and Justin claim that they were beaten after being taken to the police station. Reyes told The San Pedro Sun that when they were released on Wednesday, January 2nd, they did not complain of abuse while in custody. However, he regrets the incident and categorically condemns the officers’ actions.

According to Reyes, the incident started with a fight inside the bar between one of the Leal brothers and a young woman. The young lady, apparently his ex-girlfriend, was being attacked by Jamir when the business owner Marin and others intervened. As a result, Marin was attacked by Jamir, escalating the altercation. QRT officers Medina and Rowley were patrolling the area when they were made aware of the fight. They responded where the altercation continued with the officers taking two of the Leal brothers outside of the establishment and pinning them to the ground. As seen on a number of video witnesses, Rowley began beating Jamir until he was unconscious. One of the other brothers was then detained after trying to intervene, while Rowley took out his gun under the claim that a group of persons was getting ready to attack them. 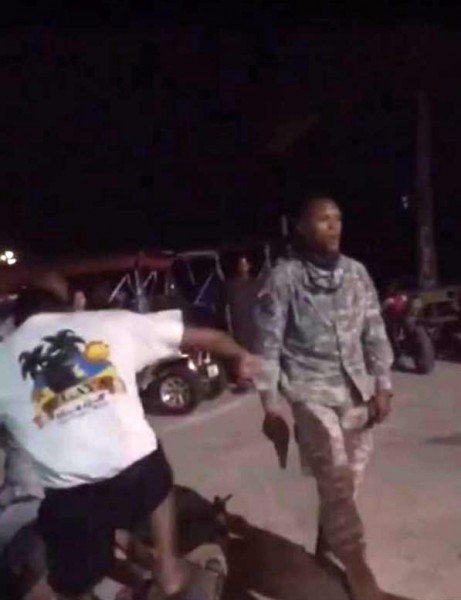 Reyes condemns the brutal actions of the officer, as well as the bar owner’s assault on an unconscious Jamir. “That person was no threat to the officer at that time,” said Reyes. But he says that the action of the officer retrieving his service weapon can be justified in an attempt to disperse the crowd. Reyes noted that no point did the QRT officer point the gun at anybody. He stated that as the investigation continues, the officers will remain suspended and if found guilty, they will be dealt with according to the law.

Jamir Leal is at home recovering from a cut wound to his right foot, heat, and bruises to his back. Leal told The San Pedro Sun that he also feels pain on his jaw and that he is due for a cat-scan in the coming days. He admits that he was under the influence of alcohol when the incident took place and that he had issues with his ex-girlfriend inside the bar. He became aggressive and, in the process, several persons, including the bar owner tried to break apart the commotion. Jamir said that he pushed Marin but did not punch him as Marin alleges. After that, he was taken out of the bar by the police and beaten. Jamir stated that he would be pressing charges against the business owner and the two police officers for what they did to him. He acknowledged that he was out of order, but he believes that the force used by authorities was unnecessary.

Jamir added that when he woke up at the police station, his mother urged the officers to take him for medical attention. He was taken to the Dr. Otto Rodriguez San Pedro Polyclinic II where he was treated and then released. According to OIC Reyes, Jamir’s injuries were classified as Wounding.

The Human Rights Commission of Belize joined island residents, the People’s United Party, Orange Walk Town Mayor Kevin Bernard and activists in condemning the police behavior. The San Pedro Sun made attempts to get comments from Mayor Daniel Guerrero but to no avail.

Islanders are outraged with the bar owner’s actions and believe his establishment’s liquor license should not be renewed. They encourage people to come out and protest at the annual liquor license meeting set for Monday, January 7th and Tuesday, January 8th beginning at 9AM at the Lions Den.

The PSB continues their investigation, compiling statements and evidence for a final decision at the end of the probe. This is not the first time QRT officers have been involved in abusive behavior against civilians. On April of 2017, police officers Norman Coye and Darnell Madrill were involved in a shooting incident at Central Park causing injuries to five persons from bullet fragments. The investigation into this matter found the officers innocent of any wrongdoing and are today back on duty on the mainland.
The San Pedro Sun will continue following this developing story.