« Older: Festival of the Sun and Moon raises fund for island charity
Newer: » Fun for everyone, Ambergris Caye’s Easter celebration


Famous ‘Pirates of the Caribbean’ Actor Johnny Depp is expected to play the role of John McAfee, the inventor of the McAfee Virus Scan turned murder suspect in Belize, in the upcoming film, “King of the Jungle”. From being featured on Dateline NBC to Showtime, McAfee became a prime media interest in Belize, as well as internationally, after many controversial events occurred. The film will focus on the fiasco that unfolded when McAfee was accused by the Government of Belize of manufacturing illegal narcotics, owning unlicensed firearms, and becoming a suspect in the murder of American National, Gregory Faull. 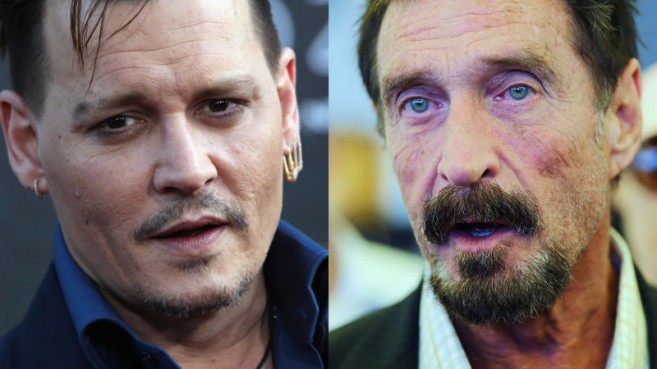 Directed by Glenn Ficarra and John Requa (I Love You, Philip Morris), with a script by Scott Alexander and Larry Karaszewski (Ed Wood, American Crime Story), Depp will reportedly play McAfee as he takes a “magazine writer on a darkly comic ‘Apocalypse Now’ tour at his Belize compound, a trip filled with paranoia, machine guns, sex and murder”.
The film will follow many of McAfee’s notorious mishaps, which took place in 2012, four years after the wealthy investor moved to Belize. In April 2012, the Gang Suppression Unit (GSU) officers entered his home in the Orange Walk District, and found ten firearms, along with illegal antibiotics. Although McAfee and others on his compound were detained for several hours, he was released without charges brought against him.
The incident that placed McAfee and Belize in the international spotlight took place on November 11, 2012, when McAfee was allegedly involved in the murder of his neighbor, Gregory Faull. Faull was discovered in his two story home some six miles north of San Pedro on Ambergris Caye with a gunshot wound to the back of his head. McAfee continues to be a person of interest in the case. At the time, McAfee escaped the Belize police department by fleeing to Guatemala, where he was later detained on December 5, 2012. In Guatemala, he was arrested on suspicion of illegal entry into that country. McAfee was never charged with any crimes, and shortly after returned to the USA where he now lives.
In May 2016, McAfee wrote a Business Insider opinion piece, stating, “My most prominent act of civil disobedience occurred in Belize, when I refused to be extorted by the government. This led to a series of events that to this day, no fictional movie has matched.”
Although the release date has not yet been confirmed for the film, production is projected to begin this year.