After more than 20 years in San Pedro, renowned musician and icon, Jerry Jeff Walker played his final concert at Palapa Bar and Grill on Friday, January 31st. Palapa closed its doors at 7pm for the private concert, which ended promptly at 9pm. The space was packed with excited fans who enjoyed every moment of Walker’s performance. 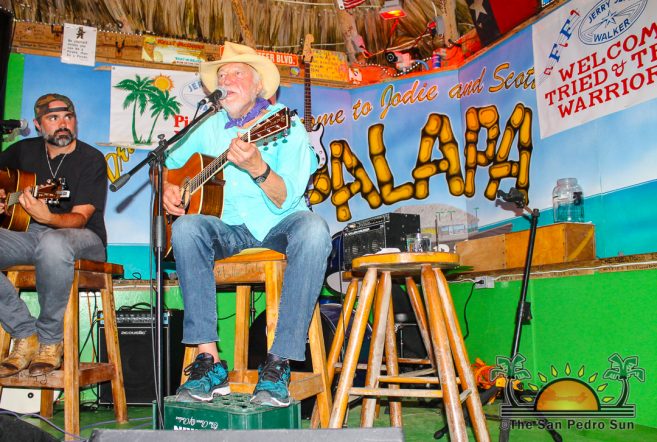 He gave a charming and intimate performance, cracking jokes with the audience and encouraging them to sing along and dance. He played through his classics and even a few covers to the eager crowd. Before departing, he stopped to greet some fans before making his exit from Palapa via speedboat, where fans waved him off. 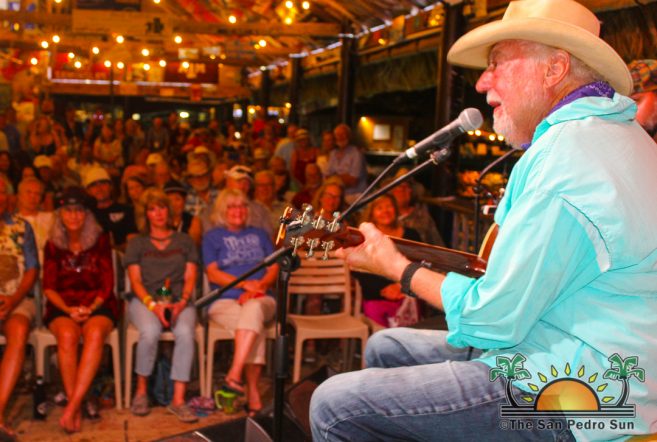 Jerry Jeff Walker has been a fixture on Ambergris Caye since he first started visiting in 1997. He eventually started up “Camp Belize”- a two-week-long music festival held annually in January. It drew musicians and fans from all over the world to the island for multiple concerts and activities. One of the highlights was the ‘picking party,’ where musicians attending the camp gathered to play music and socialize leading up to Walker’s performances. While responsible for the influx of tourists on the island, Walker also made an impact with his charitable work, donating to organizations like the Saga Humane Society and the San Pedro Lions Club.

Walker brought his talent and genuine love for music to San Pedro Town. His presence will certainly be missed on the island. One fan said that she and her husband had been following Walker to Belize for “ten or more years.” Many expressed a bittersweet feeling about his departure but all shared the sentiment of love and appreciation for his time here.