Estel’s Dine by the Sea hosted a Lionfish Tournament on Friday, May 12th, as part of the 12th annual Reef Week celebration. Not only was it an opportunity to win great prizes, but the tournament also raised awareness on the invasive species. Lionfish are an invasive species who are voracious eaters and have no natural predator. They are a threat to our marine life as they continue to gobble juvenile crab, lobster, conchs, and fish.

Four registered teams and one fun group managed to capture a total of 554 lionfish. Amigos Del Mar, Ramon’s Village, C-Monkey, Belize Diving Adventures, and Passion Kite Belize (fun team) headed out to the sea, and by 3PM, began arriving with coolers full of lionfish. After all teams had come onshore, their catch was counted, and the largest and smallest lionfish were measured. 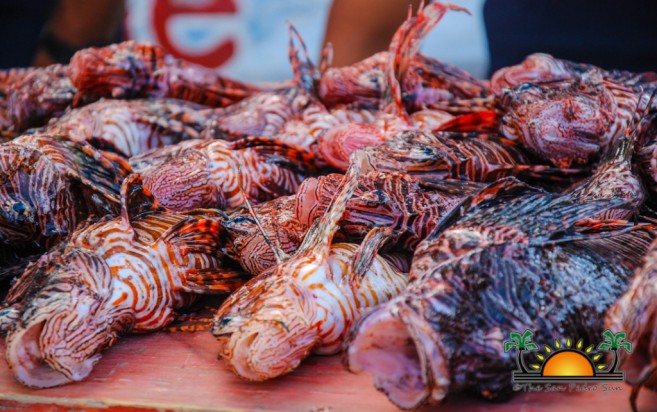 After points were tallied, Amigos Del Mar was declared the winner with 240 lionfish. They won a cash prize of $1,200. In second place was Ramon’s Village, with 168 lionfish, and they won $800 cash. 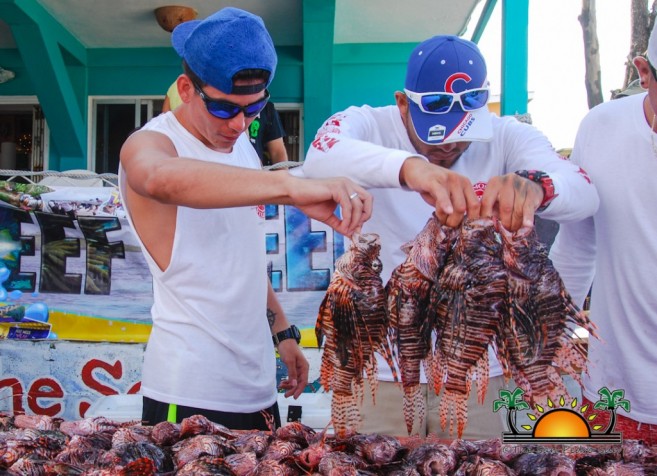 Ramon’s also had the largest catch of the event, with a lionfish measuring at 36.8 centimeters. Belize Diving Adventures (BDA) took third place with 49 lionfish, winning $400. Everette Anderson of BDA also defended his title of “Smallest Lionfish” for the second year in a row, with a lionfish measuring just 3.5 centimeters. Passion Kite Belize- the fun team- after a kitesurfing fishing expedition, and C-Monkey caught 27 lionfish. 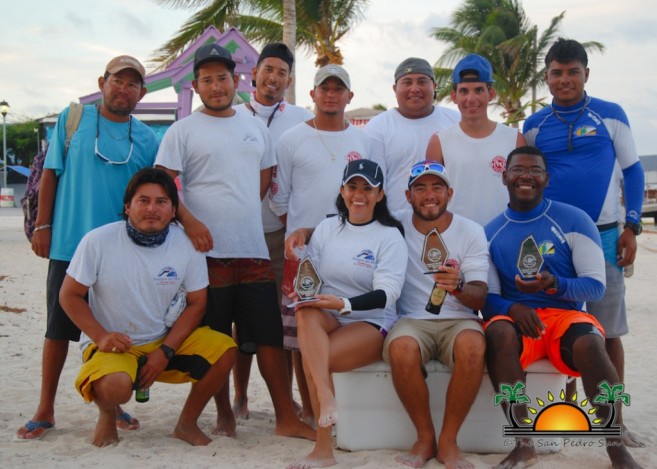 Valentine Rosado, Independent Consultant for Blackadore Caye Development group, thanked all the teams for their support in keeping the reef clean and healthy. “Lionfish threaten Belize’s Barrier Reef, and the only predator they have is the grouper. However, if they continue to eat our juvenile grouper, they will still pose a threat. This invasive species impacts the quality of our tours, which then effects on our tourism. So with one less lionfish, the better our reef will be,” said Rosado. He also commended all of the tour operators for their exceptional work, as the lionfish population has declined over the years.

Hol Chan Marine Reserve had also organized a lionfish filleting contest. Five persons were tasked to fillet as many lionfish as they could in 10 minutes. Toshiya Tsujimoto of JYOTO Japanese Restaurant and Sushi Bar was tasked to inspect the fillets, to ensure it was restaurant quality.

After a moment of deliberation, Tsujimoto declared Christopher Emanuel Mejia as the first place winner ($250 cash) and Modesto Gutierrez in second. He won a $100 bar tab from Carlo & Ernie’s Runway Bar.
With an amount of lionfish fillet ready to use, the lionfish ceviche competition ended the tournament. 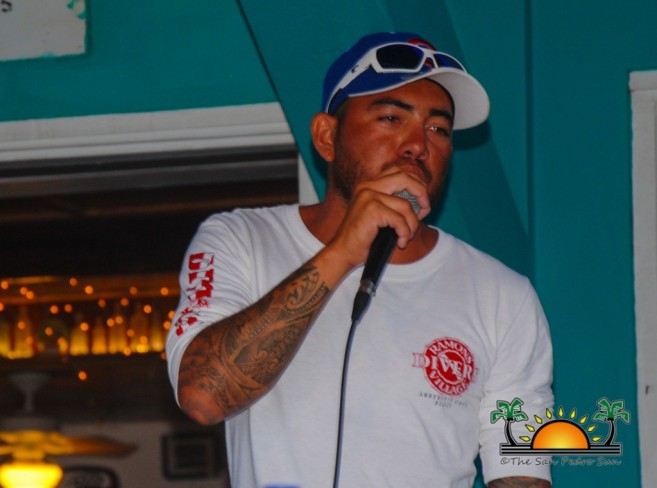 Four local chefs prepared a ceviche for eager diners to vote on. From the traditional, to ceviche with pepitos and tropical fruits, ceviche lovers were impressed. After devouring the tasty ceviche, the crowd made their picks. In first place was Pineapple’s Restaurant while KayDan’s Ceviche Stall placed second, and Caramba’s Restaurant and Bar took third.