The 2022-2023 lobster season has officially opened, and San Pedro Town celebrates the occasion with the annual Lobster Festival. To kick off the festivities, a Lionfish tournament marked the beginning of the event in tandem with the famous Lobster Crawl. 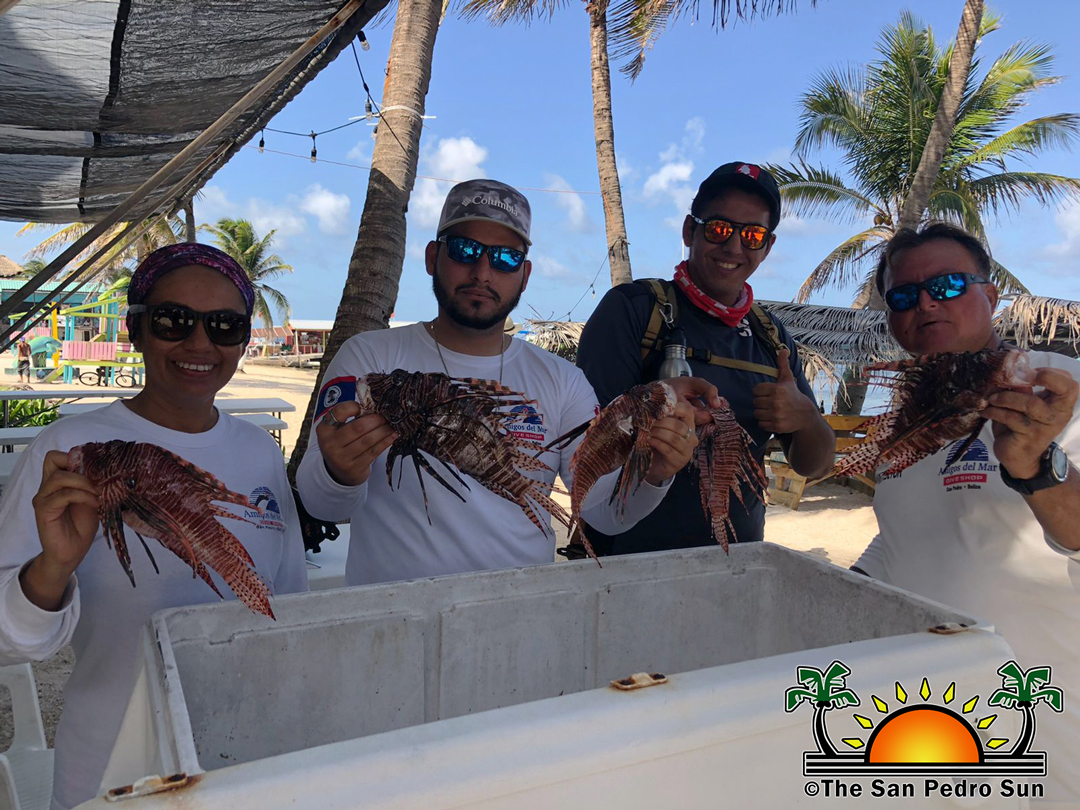 The Lionfish tournament, hosted on June 30th, was sponsored by the San Pedro Tour Operators Association. Teams headed out to sea as early as 6AM to catch as much of this invasive species, and by 2PM, teams were due back at the weigh-in station at Estel’s Dine by the Sea restaurant.

Team Amigos del Mar took home all the prizes, starting with the $1,000 prize for the most Lionfish caught, totaling 98. Team member Anita Maza was awarded for catching the smallest (six inches) lionfish and the largest (16.5 inches). The team members say that the competition was fun, and they are glad to have contributed to the battle against this invasive species posing a threat to the juvenile fish population along the Belizean coast.

The Lobster Crawl is held at various participating businesses on the island, where crawlers indulge in their favorite lobster-themed dishes. From kebobs, ceviche, eggs benedict, pizza, and more. Each day the event takes to a different establishment for eight days. The first Lobster Crawl took off at Estel’s Dine by the Sea on Friday, July 1st, the first day of the lobster season. During the evening, the event moved to The Beach Bar.

On Saturday, crawlers chased the crustacean-themed event to Crocs Sunset Sports Bar north of San Pedro, and during the evening, the Lobster Crawl continued at the famous Elvi’s Kitchen in the downtown area. The crawl through the weekend and next week culminate with the block party on Saturday, July 9th. To find out where other places are hosting the crawl, note the schedule below. 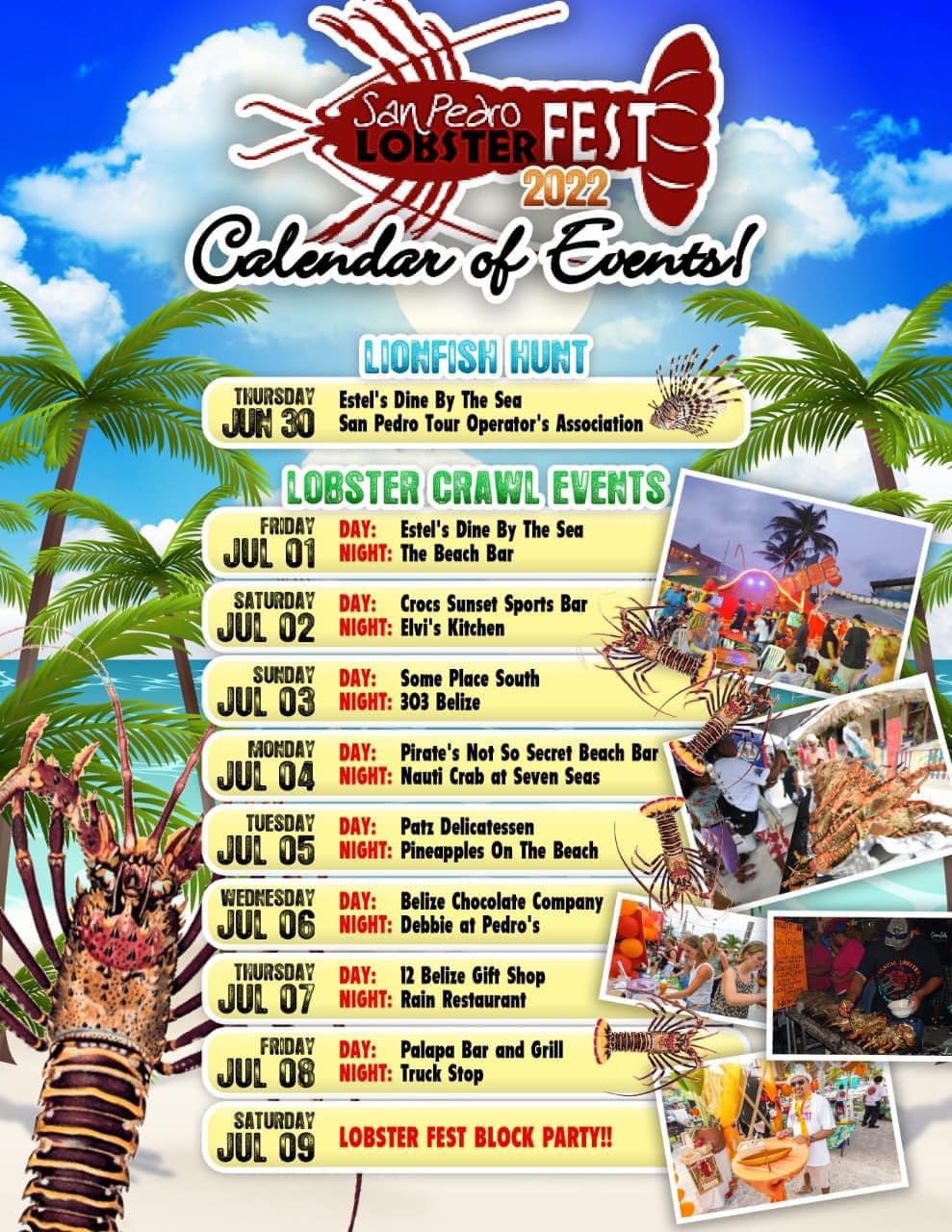