Reports of the illegal dumping of raw sewage in northern Ambergris Caye has prompted local authorities to launch an investigation in an attempt to deter such activity and find the responsible parties involved.
Mayor Daniel Guerrero, along with members of the San Pedro Police Department and the Ministry of Health (MOH) visited the area, which is a stretch of dirt road leading to a popular beach area. The noxious smell of sewage at the site was more than enough evidence to confirm the reports. As such, The San Pedro Town Council (SPTC) is warning that local authorities are aware of the illegal activity and that heavy repercussions will follow against those found liable. 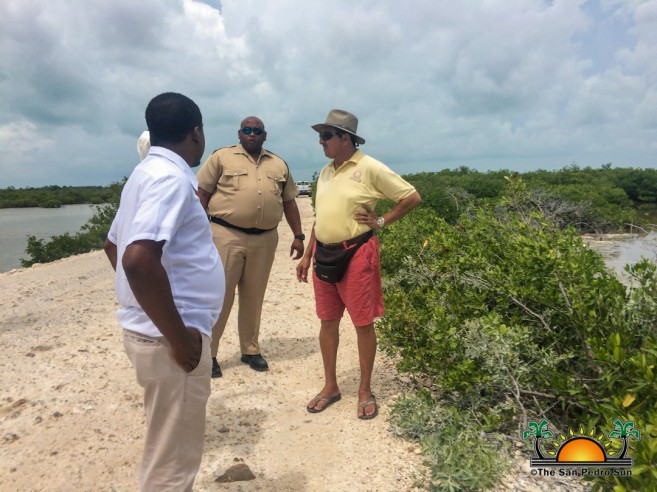 Although reports of illegal sewage dumping have been ongoing for some time, on Thursday, September 28th, small businesses in the area became aware of the strong odor and contacted the local authorities. They stated that they were not only concerned about the effects this issue has on their patrons, but the negative impact the dumping can have on the environment.
According to Mayor Guerrero they still do not know who is guilty of the dumping as it seems to be happening at night. He indicated that he condemns such activities by people who have no regard for the environment. “Anyone up here in the north of the island knows that they need to get rid of their sewage waste the proper way, which is by using the only sewage treatment plant on the island located south of town, operated by the Belize Water Services Limited (BWSL) and consists of four large ponds where the waste is deposited,” said Guerrero. “If this continues and we find out who the culprit(s) are, the Town Council will take drastic measures through a court case. If it is a business, they can run the risk of losing their trade license for such offense.” Guerrero added that until the sewage treatment plant is installed in northern Ambergris Caye, residents and business owners from that area of the island need to have their sewage waste transported to the BWSL ponds. 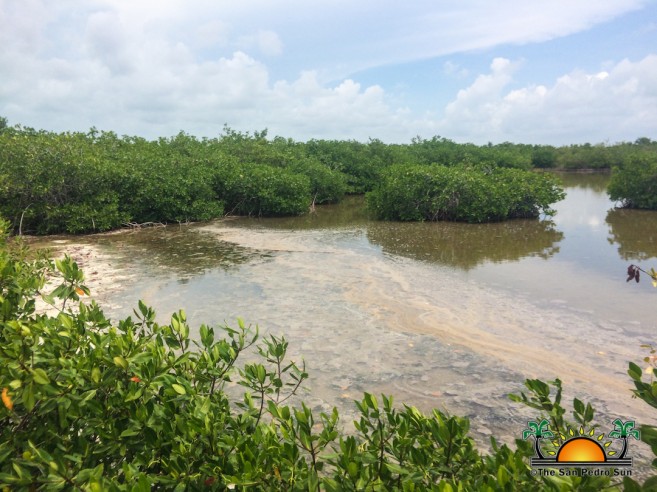 The latest update on the installment of a sewage treatment plant on the northern portion of the island remains on hold as both Government and BWSL are still working on final details. Most importantly, securing the $60 million dollars that the project will cost to finalize the plant design. It has been almost a year since this project for the north was given a preliminary green light when its Environmental Impact Assessment was approved in November of 2016. The sewage treatment plant is expected to be built about 12 miles north of the Sir Barry Bowen Bridge, and aside from treating raw waste, it will also count with a reverse osmosis desalination water treatment plant. 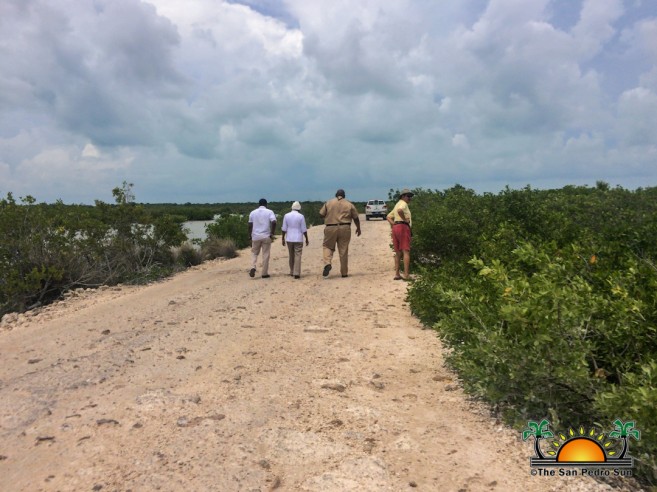 San Pedro Health Inspector Christina Sanchez commented that the issue is critical, since it not only concerns public health, but the environment and fishing industry as well. Sanchez told The Sun that they are investigating the matter and will be meeting with BWSL to find out more about their sewage procedures. According to her, there are four operators on the island that are authorized to conduct septic cleaning, and these then take it to the BWSL ponds. The ponds are only used by those connected to the company’s sewage collection system and by those authorized to dump there. Those authorized to use these sewage ponds include Miguel Briceño, Julio Aguilar, Christian Medrano and Cesar Cerpa. 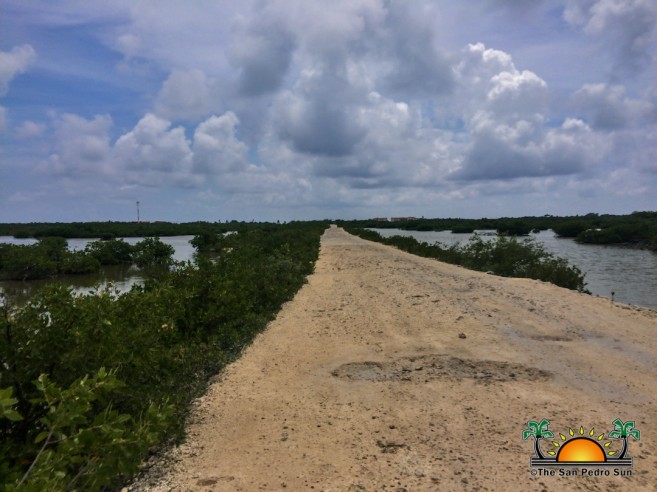 Sanchez also mentioned that she will seek to make it mandatory that when an establishment is ready to empty their septic tank, a member of the local authorities be present to supervise. Also, she hopes to set a system whereby BWSL could share information with the MOH staff on the island of which establishments are using their treatment ponds. “This will give us an idea of more or less who all, especially from the north side that have been using the sewage treatment plant down south and who is not. This has to stop. Whoever is doing this, they need to stop and start practicing the right procedure,” said Sanchez. She indicated that in the coming days she will also be meeting with her superiors to discuss ideas with them on how to implement certain measures to address the issue.
In the meantime, authorities continue their investigation and are asking anyone with information on any illegal sewage dumping to contact them. The SPTC can be reached at 226-2198 during the normal working hours Monday to Friday. Meanwhile, the local health inspector can be reached at 615-7438.