Home » Health » The government of Belize to expand Hemodialysis Program

The government of Belize to expand Hemodialysis Program


On Wednesday, October 3rd the Prime Minister of Belize Right Honorable Dean Barrow, with the approval and support of the Cabinet announced that the Hemodialysis program is being expanded to cover more than twice the number of patients at end-stage renal failure. For Belizeans struggling to pay for treatment, the decision is a welcome one, as dialysis is high-priced with many patients losing lives due to the prohibitive expense. 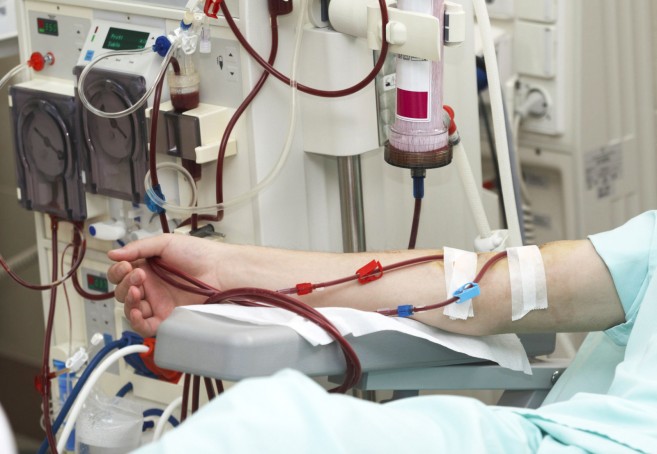 According to the release issued from the Office of the Prime Minister, the Ministry of Health will contract Karl Heusner Memorial Hospital (KHMH), Loma Luz Hospital, Miguel Rosado Dialysis Center, and Dialysis del Caribe to provide two dialysis sessions per week per patient, with the patient only required to pay for the third session. The ministry has evaluated and certified that these establishments have met acceptable standards for quality care. There are currently 15 patients registered with KHMH while 16 are presently on the program at La Loma Luz. An additional six patients will be transferred to La Loma Luz from Dialysis del Caribe, as they live in the San Ignacio area. The Miguel Rosado Dialysis Center will remain with its 16 patients, and Dialysis del Caribe will take on 35 patients.
Minster of Health, Honorable Pablo Marin spoke on the expansion of the program. “For the people that have the renal failure, my objective is if I can help one person, I don’t think that is right. We were given three dialysis sessions to a group of patients which were about 60 of them and then I saw another 40 of them that are struggling to pay one. I didn’t see it right, so I started to look at all the different aspects of it and how I can change it.” He further said, “I’ll give them two and I think it’s the best way to go and I am sorry, I have to apologize to the people that are getting three, and I have to reduce it to two. This is what I want the people out there to realize, what happens to the rest of them that are not receiving it? I cannot help the people that are getting dialysis outside of Belize, but the people that have it here. At the end of the day, every single person who is suffering from kidney failure and getting the dialysis in the country will get two dialyzes (sessions) per week. Even though I have to increase the budget a little bit more, and that’s why I need to give thanks to the Prime Minister and the Cabinet colleagues, because they look at it and they saw that yes, it is better for us to give two, rather than not to give about 40 of them anything.”
The contracts are expected to be signed on Monday, October 8th in an official ceremony. The Ministry will keep the public informed on when the contracts become viable, and they can then expect to get the two weekly sessions paid for by the Government.
Dialysis is needed when kidneys stop functioning properly, and cannot remove waste from the body. The kidney’s function is monumental for keeping a safe level of certain chemicals in the blood, such as potassium, sodium, and bicarbonate. Kidney failure is caused by other health problems that have done permanent damage over time. Diabetes is the most common cause, followed by high blood pressure. Other causes include urinary tract problems, genetic diseases like polycystic kidney disease and nephrotic syndrome. To avoid kidney failure, doctors recommend that you maintain a healthy weight, eat healthily, drink plenty of water and avoid sugary drinks like soft drinks. Everyone is encouraged to exercise regularly, avoid smoking and limit alcohol consumption.