Ambergris Caye had its share of the Carnival flair on Saturday, September 10th during the second edition of the Queen of Bacchanal Pageant. Organized by Foreva Fancy Boutique, the pageant was part of the September Celebrations. In a show full of talent, color and music, six lovely contestants from different parts of the country competed for the crown. But only one could be Queen of Bacchanal 2016-2017, and she is Princess Acosta from Belize City.

As early as 7PM, the gates of the Honourable Louis Sylvester Sports Complex opened its doors to a host of eager spectators. The pageant started shortly after 9PM under the theme “Breaking Down all Barriers: One People, One Nation.” Hosted by Eiden Salazar Jr, the pageant saw a panel of five judges tasked with the arduous job of selecting the new Queen of Bacchanal. 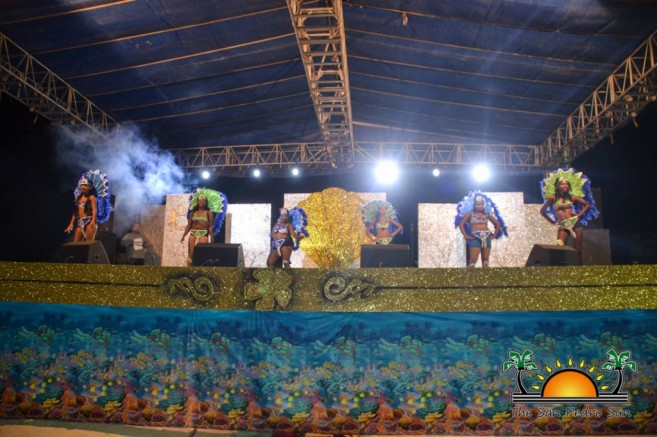 The six participants, Vanessa Williams, Princess Acosta, Cristal Ruth McCullough, Felicia Gladden, Kristen Fuentes and Shayna Ariola dressed in carnival gear opened the pageant with an energetic dance. Each contestant was introduced to the audience, before they slipped away to prepare for the first segment of the evening. 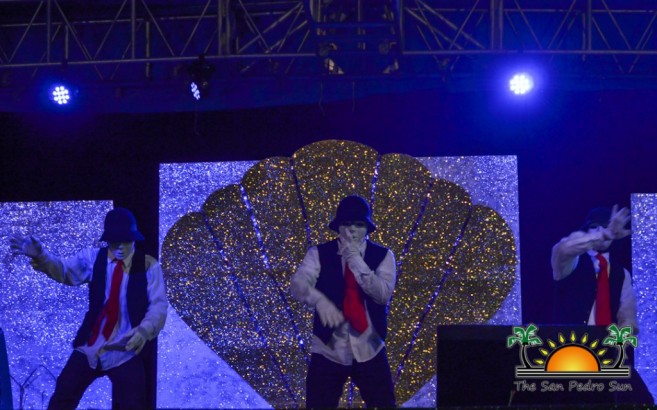 Dance presentations by Yaka’s Dance Group and San Pedro Jabbawokeez kept the audience enthralled until the swim wear competition began. The crowd cheered loudly for their favorite delegate as she modelled for the judges. Once the last model walked away, the audience enjoyed dance performances from the Mystic Mas Band.

Then it was on to the entertainment segment of the pageant, where each contestant presented a talent. Kristen Fuentes and Felicia Gladen each presented dance performances that included singing and stand up recitals. Shayna Ariola, walked out wearing a patriotic outfit, speaking about Belize’s rich culture before bursting into a soca dance. One of the most energetic performances was delivered by Vanessa Williams, who started her performance with a skit that transformed into a jamboree as she paraded the stage along with backup dancers. Cristal Mccullough presented a dance number that included both a skit, and singing. It was well choreographed and full of energy. Last to perform in this segment was Princess Acosta who danced a medley of carnival beats, dressed as a jaguar/jungle hybrid. The audience cheered on loudly as the last contestant left the stage.

During the intermission, the Jabbawockeez kept the crowd entertained with their acrobatic dance routines. Performances by members of the Mystic Mas Band also provided entertainment as the girls were getting ready for their last segment.

While the judges tallied their last votes, outgoing Queen of Bacchanal Doris Soriano came on stage for her last appearance and farewell as the title holder. She performed a soca dance, which delighted everyone present, and then wished the new Queen of Bacchanal the best in her reign.

The judges passed on their decision to the host, and the crowd eagerly awaited the announcement of the winner. The Queen of Bacchanal 2016/2017 is Princess Acosta!

The event serves as a fundraiser event for The Mystic Mas Band which will be participating in the Independence Day Parade on Wednesday, September 21st. A total of 92 costumes have been created for the group’s Independence Day Parade float so far. During the pageant, they also announced that there are spaces available for anyone who would like to join the Band and participate in the parade. Interested persons can sign up at Foreva Fancy Boutique at the Island Galleria.

Organizers would like to thank all event sponsors, as well as those who attended the event. The San Pedro Sun joins the community in congratulating Princess on her big win, and kudos to all five delegates on a spectacular show!

Photos:Six contestants vie for the title of Miss San Pedro