« Older: SPFD focuses on enforcing safety measures in construction projects
Newer: » 2019 Kids in Action continue to learn about the environment and ecosystems of Ambergris Caye


San Mateo resident and Honduran national 32-year-old Marvin Antonio Mendoza has been declared missing since he left home for work on September 9th. A formal report was made to police on September 15th, and relatives are seeking the public’s assistance in locating him. Mendoza is described to be 5 feet 2 inches tall, has a tattoo with the word ‘DRAGON’ on his right forearm and another one with the word ‘GLORIA’ on his left forearm. He has a scar on his right forearm as well. He was last seen wearing a red and white sleeveless t-shirt, khaki Dickies ¾-length pants and white Jordan brand slippers. Anyone with information on his whereabouts is asked to call the nearest police station. 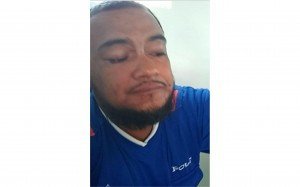 According to some of Mendoza’s acquaintances he is not a troublemaker, and they hope that nothing bad has happened to him. They say he is a hardworking person and they do not understand why he would go missing.

Mendoza has had trouble with the law in the past. In March of 2013, he was sentenced to seven years and six months in jail for burglary. During the court case, which took place at the San Pedro Magistrate Court, evidence was submitted and provided by witnesses. After reviewing such evidence, Magistrate Sherigne Rodriguez found Mendoza guilty of a single charge of burglary. The case originated On October 31, 2012 when Mendoza entered the house of John Harvey and stole several items including a television, a water pump, an air conditioning unit and 11 pieces of board all totalling $1,600. Mendoza was not legally represented in court and could not justify his actions via his statement; thus, he was sentenced and remanded to the Belize Central Prison.

Mendoza was not due to be released from jail until 2020. However, it seems that he managed to reduce his prison time and was on the island working. The San Pedro Sun attempted to find out how and when Mendoza was released before the end of his sentence, but neither the Magistrate, the Supreme Courts or the Belize Central Prison would provide the information. 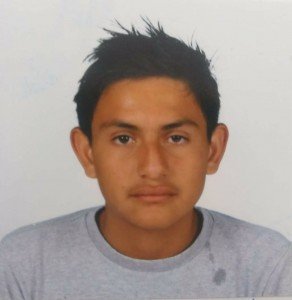 Mendoza is the fourth person reported missing on Ambergris Caye this year. 27-year-old Silverio Cal and 26-year-old Melvin Montesino, have been missing since Thursday, June 13th, after they headed north of San Pedro Town on Montesino’s motorcycle. Following their disappearances, extensive searches were conducted by family members and police with no luck. Later searches from police led to the finding of a motorcycle helmet, and a mirror, suspected to be from Montesino’s motorcycle by a beach area. A few days later, police retrieved a motorcycle from the sea, but their whereabouts are still unknown.

The other islander that remains missing is 14-year-old student Roberto Nah. He was reported missing on Thursday, September 12th.

The San Pedro Police Department asks any person that may have information that could lead to the location of these persons to report to the station on Pescador Drive or call 206-2022. Tips will remain anonymous.

An Evening of Food, Fellowship and Fundraising at Iguana Juan’s