From a luxurious lifestyle to the Kolbe Foundation-Belize Central Prison in Hattieville, Canadian National Jasmine Hartin will remain incarcerated after her Supreme Court petition for bail on Wednesday, June 2nd was denied. Stating she is considered a flight risk, Justice Herbert Lord presided over the bail hearing, which is adjourned to Wednesday, June 9th. 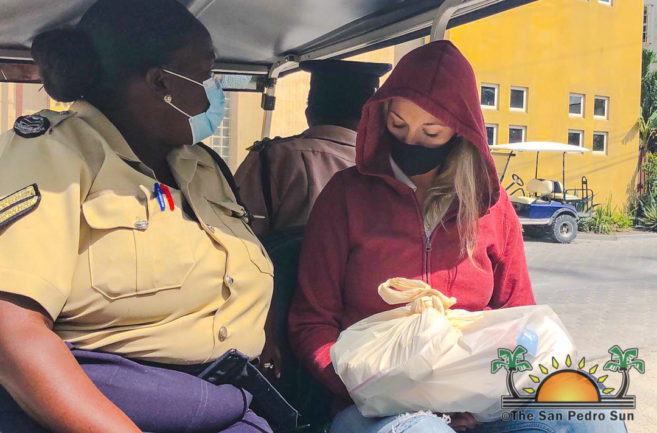 Jasmine Hartin being transported to the Belize Central Prison

Hartin, a mother of two, is the partner of Andrew Ashcroft, son of British billionaire Lord Michael Ashcroft. She is detained at the Belize Central Prison after being charged for Manslaughter by Negligence over the shooting death of Superintendent of Police Henry Jemmott. The pair were reportedly socializing by a pier south of San Pedro Town after midnight on Friday, May 28th. Hartin told the police that it was an accident. She was reportedly giving him a shoulder massage, and then Jemmott showed her the gun, and when she handed it back to him, it went off. According to the official report, Jemmott was shot behind his right ear. Hartin claimed that she was splattered with blood when Jemmott fell on top of her, and while trying to get from underneath him, she pushed him away, and his body fell into the sea.

Hartin was detained from Friday, and after being charged with the lesser charge of Manslaughter by Negligence, which is bailable, she was transported to Hattieville on Tuesday, June 1st. Although her attorney Godfrey Smith managed to get an expedited bail hearing before the Supreme Court in Belize City it was denied, and now Hartin will have to wait a couple more days before her next hearing. Hartin attended the court hearing virtually from the central prison. 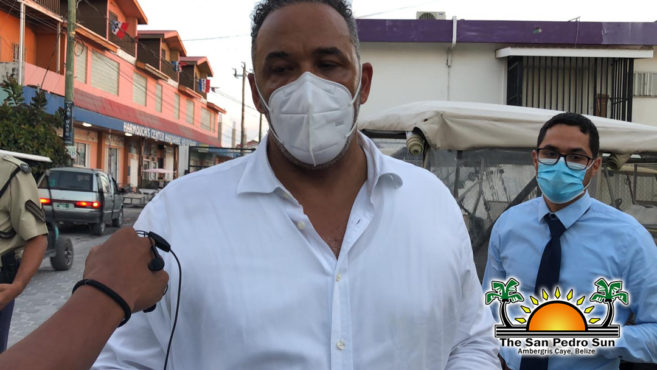 Crown Counsel Shanice Lovell represented the team from the Director of Public Prosecutions (DPP). They objected to Hartin’s bail, insisting she was a flight risk. According to reports, the DPP’s office must provide a written submission with legal information supporting their objection to bail by the subsequent hearing. Meanwhile, Hartin’s legal team will be given time to submit a written response to such objection.

When Hartin was transported off the island on June 1st, a gentleman (who did not provide name) approached the press and shared his encounter with Hartin while in jail. He had been incarcerated for an alleged curfew breach when he saw police locking up a white woman. He said Hartin appeared to be under the influence of some substance and was disoriented.

Afterward, he claims she cussed out the police officers because they did not allow her to smoke a cigarette. According to the jail inmate, she demanded preferential treatment as well. When he found out that Hartin was there for the shooting death of Jemmott, she was lauded. The jail mate said he praised her for being brave enough to kill a top cop, as many people did not like the fallen superintendent because he abused his power when in charge of policing the island. He is happy that Jemmott was killed. According to this individual, Hartin claimed she did not kill Jemmott, but someone in a passing boat shot him. These claims have not been confirmed.

It is understood that Hartin did use this as a first explanation but later in the investigation changed her statement. Hartin was also to be charged for possession of cocaine, but that charge apparently was removed or never levied.

Jemmott’s family is disappointed in how the case was handled and confirmed to The San Pedro Sun that they will legally challenge the Manslaughter charge. They believe it is not correct, and they demand justice. Preferential treatment was said to have taken place, but Commissioner of Police Chester Williams denied it. He said the investigation was as impartial as possible, and there was going to be no special treatment for Hartin based on her relation to Lord Ashcroft. 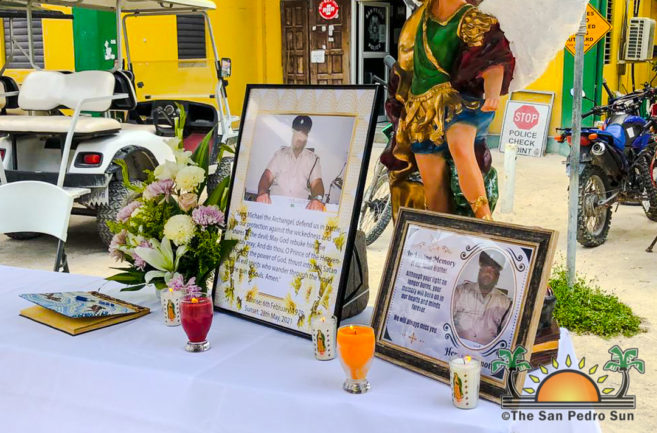 The Ashcroft family is yet to comment on Hartin’s arrest, which has garnered international attention. Because Hartin is the mother of billionaire Lord Ashcroft’s grandchildren, several foreign journalists from the United States of America and the United Kingdom are in Belize following this high-profile case.

Jemmott was a prominent, high-ranking officer in the Belize Police Department. According to his family members, he was set to be promoted to Senior Superintendent in September of this year. The father of five, he has been honored in San Pedro with memorials and candlelight vigils. He will be laid to rest at an official funeral in his hometown of Dangriga in the southern Stann Creek District on June 12th, 2021.

MOE to show no tolerance on the sale of fake diplomas

Beach brawl involving a group of teenagers’ shocks islanders; no reports made to police