Police Superintendent Henry Jemmott spent most of his last day alive doing what he loved most-fishing. On Thursday, May 27th, the deceased senior cop was the happiest man on the boat and wanted to repeat the fun the following day. Unfortunately, that was his last fishing trip, as hours later, he was shot dead in the early hours of Friday, May 28th, while socializing with Lord Michael Ashcroft’s daughter-in-law-Jasmine Hartin. On May 31st Hartin was charged for Manslaughter by Negligence after she claims to have accidentally shot him. 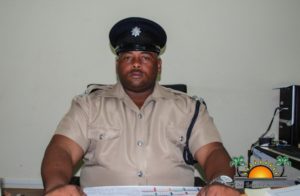 Francisco ‘Panny’ Arceo, a senior Justice of the Peace, who had taken Jemmott on the fishing trip, said he was shocked when police called him with the news. Jemmott was one of his best friends. Arceo shared details of the last hours he spent with his dearest friend. When Jemmott, who was based in Belize City, arrived on the island on Wednesday, May 26th, he let his friend Arceo know he was in town, and they arranged the fishing trip. The following day at 9AM, they went out to fish. According to Arceo, Jemmott was in high spirits, contrary to reports that he was sad and stressed. Arceo said he was the best angler on that trip. “Every time he threw the line, a fish was hooked, and by the end of the trip, there were two buckets of fish,” said Arceo. He said this had never happened before, and he was surprised by Jemmott’s fishing luck that day.  Arceo made it clear that there was no drinking during the fishing trip.

Afterward, Jemmott came for dinner to his house around 7PM. Along with him was a gentleman named Manuel Pacheco, a jeweller who, in February 2020, got off Murder Charges. Pacheco was accused of killing his next-door neighbour, Jose Manuel Villanueva, but after appearing at the Supreme Court, the charge was dismissed after convincing the judge it was self-defence. Arceo said he was friends with Villanueva, but at the time, he did not recognize Pacheco. 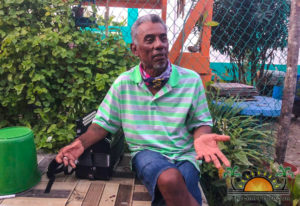 Arceo said that after dinner, Jemmott thanked him for the meal, and they planned on going fishing again the following day. Arceo joked with him, saying, “I am not taking you because you already caught two buckets of snapper, and you got your share.” Arceo said Jemmott responded, “Ok, child, I will be here and take the boat by myself.” Jemmott never told his friend Arceo where he was going or what he was doing that evening. Hours later, he was awoken by the terrible news.

He described his dear friend, who always called him ‘child,’ a down-to-earth person, a man happy with life and special. He is very hurt and hopes Belize’s law does the right thing. “Justice for me is that we need proper investigation. We need people who know the evidence and come up clear and talk,” he said. “He had five children, but three very young. What answer are we going to give them then they grow up?”

Arceo said he did not know Hartin or her partner Andrew Ashcroft personally but knew the couple had recently opened a luxurious beach resort on the island. Regarding the current case against her, Arceo believes that the way judgment is being done in this case is wrong.

According to reports, Jemmott and Hartin were having late-night drinks on a pier when Hartin began giving Jemmott a shoulder massage. Jemmott’s issued service pistol had been placed on the dock after he had reportedly been teaching her how to use it. Jemmott later asked her to hand him the gun, and when Hartin did so, it suddenly went off, killing the cop. He was shot behind his right ear. His lifeless body was found on the water.

The late Superintendent will be laid to rest this Saturday, June 12th, in his hometown of Dangriga in the Stann Creek District with an official funeral.